The oil price gap is 'a real and present danger to the Canadian economy': Notley

Nov. 20: The oil price differential threatens to blow a hole in Canada's economy, while Ottawa awaits the Auditor General's review of how the government has handled the fighter jet program 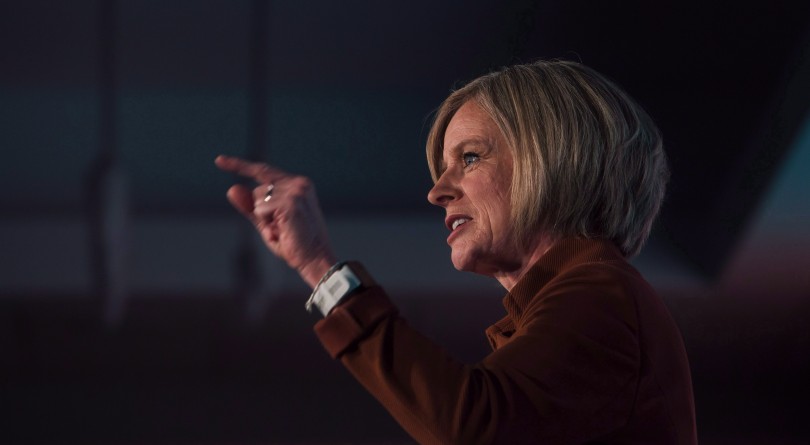 Back in 2016 Defence Minister Harjit Sajjan said there was an urgent “capability gap” with Canada’s air force that require fast action to buy new jets—first, a $5-billion deal to buy Boeing Super Hornets, before that purchase was scrapped and replaced with a $500 million deal for used F-18s from Australia. Turns out there was indeed a gap—except it was only in the paperwork. Not a single sheet of paper exists within the Department of National Defence to indicate a “capability gap” ever existed, according to an information access request filed by Postmedia. Critics have argued the urgent “gap” claim was really just a way to get around buying the F-35 stealth fighter jet, which the Trudeau government vowed never to do. (National Post)

Maybe Canada’s auditor general Michael Ferguson can shed some helpful light on the affair when his office releases its review of the fighter jet plan today.

Paul Wells attended the security summit in Halifax over the weekend, and writes that while the event addressed antagonists like China and Russia and tackled issues like human migration, climate catastrophe and extremism, one major world issue did not get discussed in detail: Donald Trump. (Maclean’s)

While the Trudeau government has imposed sanctions on Saudi officials linked to the murder of journalist Jamal Khashoggi, it has stopped short of banning arms exports to the Kingdom. Instead Trudeau has repeatedly said he wants “answers” about what happened to Khashoggi. Conveniently, Trudeau can ask Saudi Crown Prince Mohammed bin Salman himself in Buenos Aires later this month, where they’ll both be for the next G20 Summit. (Associated Press)

Alberta NDP MP Rachel Notley warned that the price gap between Canadian and international oil poses a “real and present danger to the Canadian economy.” She appointed three envoys to figure out a short-term solution to the problem, though critics weren’t thrilled with the choice of one appointee—NDP insider and her old chief of staff Brian Topp. (Edmonton Journal)

The Liberals and NDP accused the Conservatives of breaking federal election laws by working with a wealthy Chinese-Canadian property developer to bypass campaign financing rules:

The FCCC is one of 10 non-profit corporations that Mr. [Ted Jiancheng] Zhou has set up in recent months. Their names all include the phrase “Chinese Conservative Canadians” and use the businessman’s Markham corporate office – Evertrust Development Group Canada − as their address. Five of them include the name of federal ridings, such as Scarborough North or Don Valley East. The Globe and Mail has copies of the incorporated documents for all 10 entities.

Last Friday’s Politics Insider touched on the case of a vocal critic of Vladimir Putin who was facing deportation from Canada to Russia next month. On Monday Green Party Leader Elizabeth May announced that Elena Musikhina has been given a two-year permit to stay in Canada. (Canadian Press)

Do the Conservatives and NDP want to return to a partisan appointment process for the Senate? Inquiring independent senators want to know. (Globe and Mail)