The quagmire of electoral reform and the hunt for legitimacy

A referendum may not be the answer. But the Liberals need to show they're changing the system for Canadians, says Paul Wells 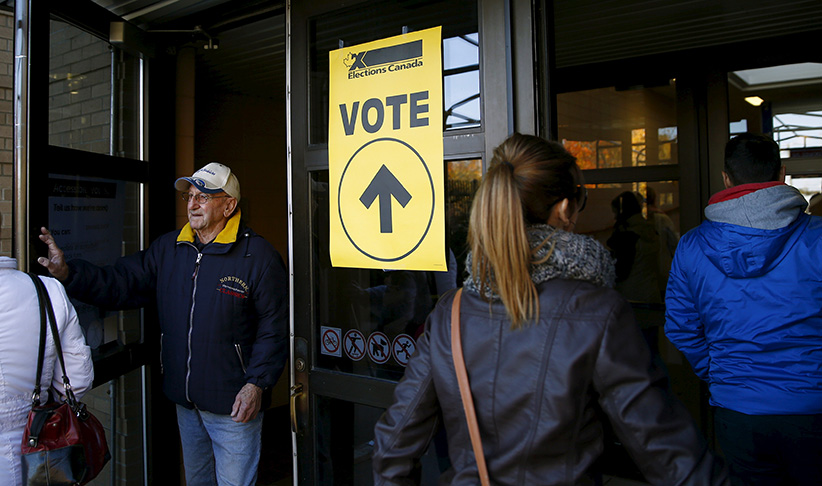 To proceed with electoral reform, I asked Justin Trudeau before Christmas, “Do you think that your government needs to demonstrate support that’s broader than the Liberal caucus in Parliament?”

“Oh, absolutely,” the Prime Minister said. “I think we need to engage with Canadians, and I know the question’s leading toward, ‘Do we need a referendum on that?’ We’ve committed to consulting broadly as many Canadians as possible, as many different communities and organizations—including political parties—as possible, and we’re going to move forward with that and we’ll see where it takes us.”

I like the first two words of that answer best. The rest was mush, though I don’t think it was entirely meaningless. It’s easy to understand why Trudeau believed I was “leading toward” a question on referendums. Everyone is asking him about referendums. Trudeau spent the election campaign promising that 2015’s would be the last federal election held under the familiar first-past-the-post system, where the candidate with the largest number of votes in every riding wins a seat in the House of Commons. He has not specified which system should replace it.

Related: The Liberals’ plan to fix the way we vote

The Conservatives, temporarily meek about criticizing Trudeau on more value-laden matters, have latched onto electoral reform as a low-cost way to harry Trudeau. On the last sitting day of Parliament before Christmas, four Conservative MPs demanded a referendum. Scott Reid, the eastern Ontario MP, has launched a petition urging one. At this writing he’s collected about 4,000 signatures—maybe not a groundswell.

Related: Rona Ambrose sits down for a year-end interview with Maclean’s

But concern about Trudeau’s plans isn’t coming only from Conservative dead-enders. The NDP worries the Liberals won’t endorse proportional representation, which would make it impossible for a party to form a majority in Parliament with only 39 per cent of the popular vote, as the Conservatives and Liberals did after the 2011 and 2015 elections.

There is, you see, more than one way to reform an electoral system. First-past-the-post, the system we have, is easy to understand but it exaggerates the winning party’s advantage. It’s routine for a party to win a majority of seats without winning a majority of votes. Smaller parties get shortchanged. But you could “reform” that system by introducing a ranked ballot, where voters’ second and third choices help determine the winner. Such systems tend to reward centrist parties: If you love the Floating Wing-nut Party but you are willing to live with a Liberal, your ranked ballot will probably help elect a Liberal. To reformers whose goal is a proportional system, which would give 10 per cent of the seats to a party winning 10 per cent of the vote, ranked ballots are no improvement.

Are the Liberals required to hold a referendum before changing the voting system? Not by law. Maybe not by any standard. National referendums are exceedingly rare in Canada. We had one in 1898 on prohibition, another in 1944 on compulsory military service, and a third in 1992 on the Charlottetown constitutional accord. There was no referendum on the 1982 Constitution, which Charlottetown sought to amend. There is no rule, nor even a coherent standard of practice, to determine which changes get sent directly to the people and which don’t. In 2001, New Brunswick had a referendum on video lottery terminals. In 2004, Nova Scotia had a referendum on Sunday shopping, then ignored the result. There’s nothing magic about letting the people decide. Often they don’t decide. Often they think they have, but governments do something else anyway.

There are laws in British Columbia and Alberta that require referendums before the provincial legislatures ratify constitutional amendments. But a change to the electoral system falls well short of that standard of importance. It’s more in line with the wholesale changes the Harper government made to Canada’s elections laws in 2014. Without a referendum. Scott Reid forgot to launch a petition against those. 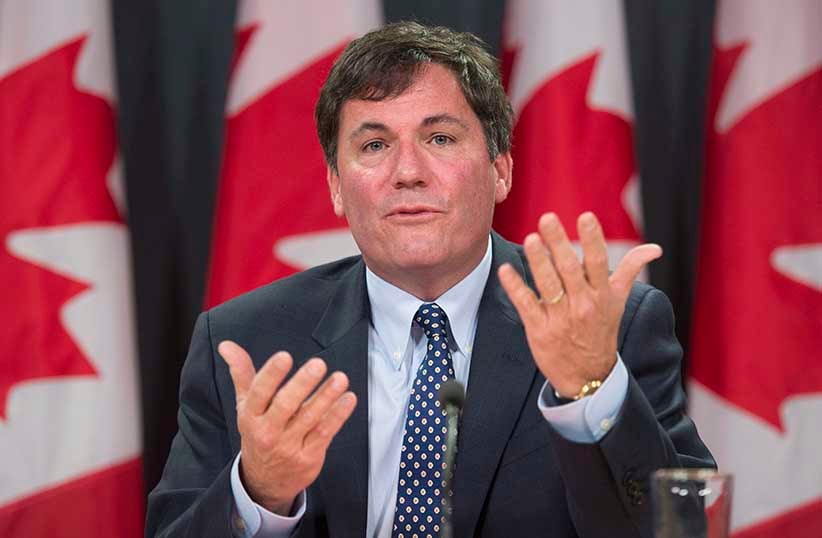 But it’s a bit short to say the Liberals are allowed to rig the electoral system because the Conservatives did. In fact, Liberal House leader Dominic LeBlanc has said something close to the opposite. In an interview with Maclean’s, he called Harper’s so-called Fair Elections Act “an example where a majority was changing the rules that affected everybody over the vociferous, and, I think, compelling arguments of those that opposed it. I hope and believe that that’s not where we end up.”

Well, then. How could LeBlanc ensure his government doesn’t end up like the Conservatives? He could ensure it meets a higher standard of public approval for its reforms. Hence my question to Trudeau. How could he show that his proposed changes, whatever they may be, aren’t just a mechanism for helping Liberals win more elections? He could get another party to vote for his plan in Parliament. He could line up a number of provincial governments’ approval. He could even hold a referendum. Political legitimacy isn’t binary: it’s not something you either have or you don’t. It’s a sliding scale—the more approval you gather, the more you show you’re changing the system for Canadians, and not just for the Liberal party.