The question of loyalty by political staffers isn't cut and dried

The privilege of serving on a campaign bus doesn't mean you won't be tossed under it, writes Jennifer Robson 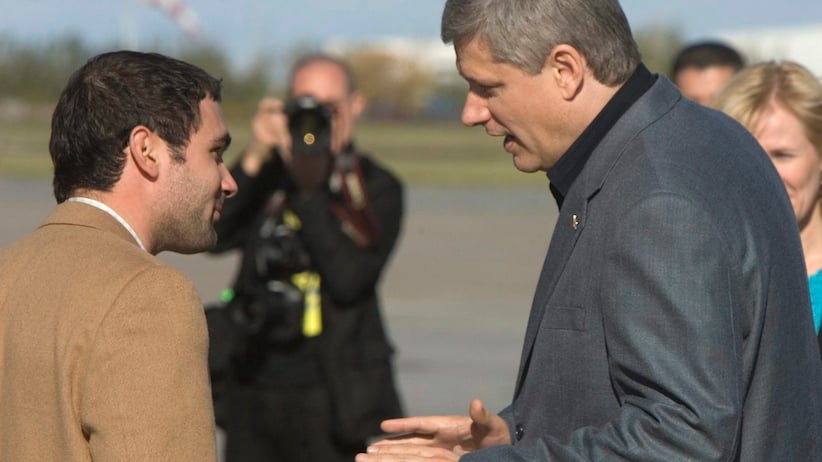 I blog for Maclean’s as part of the Econowatch panel, but in my day job I teach current and future political staffers in the Political Management program at Carleton University.  I’m going to stray a bit from my Maclean’s beat here to reply to Scott Reid’s column.  Disclosure: I was a staffer in the late ’90s and, much later, a federal public servant for a few years.

In case you (as a normal human) weren’t fixated on the news from inside the Ottawa Greenbelt, it appears that Harper’s former communications director , Dimitri Soudas, will be working to help his fiancée (ex-Conservative MP and Parliamentary Secretary) Eve Adams, win as Liberal candidate in a Toronto riding.

Reid, a former director of communications to Prime Minister Paul Martin, took Soudas to task for violating, what he argued is, a fundamental of political management: binding loyalty to the public official you serve.  Those officials, and prime ministers in particular, argued Reid, “need to know that staff will — barring some disregard of ethics or legality — always have their back. Always respect their confidence. Always stand with them. For today. And for tomorrow.” From what I can see on Twitter, Reid’s advice seems to have been met with a kind of knowing nod and murmured “absolutely … 100 per cent” from a range of former political staffers and observers.

Don’t misunderstand. I’m not defending Soudas. But I’m not keen on taking an extreme case — a senior political adviser to the most senior politician in the country campaigning (maybe?) for a candidate in another political party — to claim there is some universal principal of lifelong fealty. We really don’t have a theory of political management to guide staffers. Here are a few of the concerns I had in reading Reid’s column:

1. Is that loyalty well-placed? Any reasonable agreement of absolute loyalty (except, as Reid allows, in cases of ethical or legal breach), presumes the staffer has adequate information about the person they are working for.  Some staffers, maybe like Reid and Soudas, gradually develop a deep knowledge of their political boss, giving them repeated opportunities to ask themselves, “Is this someone I believe in?” But it’s more often that staffers move into a job serving a minister or MP or even the Prime Minister with only limited information about who they are and what they are like to work for.  When does the long-term loyalty clause kick-in? Day one? Among the 100 or so political staffers in the PMO, only a very few will ever spend any face-time with the Prime Minister. Are they all equally bound by the same loyalty clause whether or not they really get to know him (or her)?  By contrast, non-compete clauses in the private sector are usually limited by seniority and have expiry dates.

2. There are lots of different ways to not “stand with” a former political boss. Publicly helping to elect a candidate for an opposing team is unlikely to be what a typical staffer might do when they quit (or are quit).  Some of them become public servants where we expect them to serve the government of the day — not stand with an old political boss.  Some of them become government relations professionals.  Should these ex-staffers only accept positions or clients that allow them to continue to advance their former bosses’ goals?  It gets even more complicated if their former political boss has likewise moved on to another job. If  the ex-minister becomes head of a bank, should the staffer-turned-government-relations-pro avoid ever working for a competing bank or consumer rights NGO?  If the minister you work for is shuffled, are you failing in your duties to “stand with” him or her if you remain in the office to serve the incoming cabinet member?

3. Is a staffer’s loyalty to the individual boss? Or the caucus their boss is part of? Or the political party under whose banner their boss was elected or appointed? Or is it to the citizens their boss is serving? I think many, if not most, staffers actually have a real sense of public service.  They want to do something good for their country and they believe that working for a party or a caucus or a public official is one way to do that. We can argue whether that aspiration is misplaced but let’s take it at face value. How then should a political aide order those different loyalties? In extreme cases of unethical or illegal activity, whistle-blowing in the public interest is clearly defensible. I think Reid makes that clear. But what about more pedestrian examples when the interests of the individual boss don’t line up, for example, with the party that first drew you into politics? Should Eve Adams’ staff be expected to cross the floor with her?  If they don’t, are they failing to “always stand with” her today and tomorrow?

4. Just how senior does a boss have to be to merit application of the fealty principle?  If the PM obviously cuts mustard, what about the Leader of the Opposition or the leader of the lowly third party? What about the even more lowly backbench MP? Does she, as an elected representative, deserve lesser service from her staff than the PM?  Saying no sounds kind of bad in a parliamentary democracy. But saying yes just doesn’t match up with the conduct of political staffers past and present. Staffers move around.  Some hopscotch their way to more senior roles.  Some change parties.  Some, often constituency aides, will stay for years even as MPs come and go. By and large, most of this seems to work out, or at least it doesn’t prompt public outcry from the ex-staffer community.

Public servants have their own answer for the loyalty question and it comes from a theory or model of public administration: They serve the country by loyally serving its government, whoever that is today or tomorrow. But they also get some reciprocal assurances of stable employment and some protection through contractual agreement or collective bargaining.  Furthermore, public servants are supposed to focus on giving advice and implementing policy, steering clear of the partisan considerations that ministers and prime ministers need those loyal aides to pay attention to. Finally, there are rules on conflict of interest, official secrets and post-employment limits that guide public servants. By giving them those rules, some reciprocal assurances and constraining the scope of their jobs, the chances of divided or conflicting loyalties is lower.  That’s how our system works.

We don’t seem to have good theory or models to help staffers answer the loyalty question. Staffers get some rules on conflict of interest and post-employment, but none of the reciprocal assurances and they have far more scope to find themselves disagreeing with or unable to “stand with” their boss.  Staffers don’t just have to think about the policy goals of their bosses, there are party and caucus considerations.  Moreover, there are personal priorities staffers are expected to attend to for their bosses—sometime minutia (like always making sure the fridge is stocked with the preferred soda), sometimes bigger (like helping bosses struggling with work-family balance). Staffers accept these jobs knowing (to varying degrees) that they are sort of human shields who could be turfed and replaced.

The tire marks down the backs of many ex-staffers aren’t always visible but they are common enough to show that the privilege of serving on a campaign bus doesn’t always mean you won’t be tossed under it. Most don’t turn around and egg the bus. But they don’t necessarily continue to “stand with” the bus driver.  I suspect most just get on with their own lives—and that’s how our system is working.

Do we need to make some changes where political staff are concerned? Is there a risk, as Reid says, that standards in our politics keep getting lower?  Yeah, absolutely … 100 per cent.  But I don’t see how claiming some House of Cards-esque principle of fealty based on anecdotal and extreme examples is very helpful.