The race for the NBA championship and to define Andrew Scheer 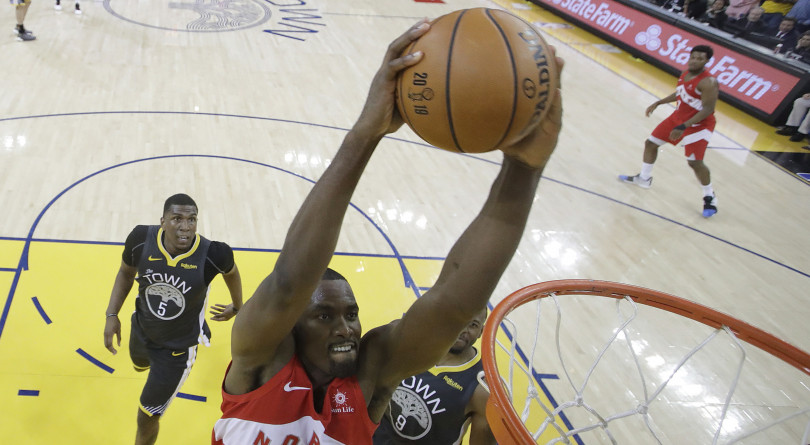 Go Raptors: Throughout the NBA playoffs the Conservatives have run ads trying to define their leader to the fast-growing Canadian audience tuning into the matches. And until now no one was guarding him. But tonight as the Raptors try to clinch the championship, Andrew Scheer‘s rivals will be in his face. Engage Canada, a labour-backed third-party advocacy group, will run counter ads pounding away at what is an emerging theme in Liberal attacks—that the Conservative leader is a Doug Ford in Scheer’s clothing.  (Canadian Press) (For more on the politics of the Raptors’ playoff run, check out the weekend politics show round-up further down.)

Ford is casting a substantial shadow over Team Scheer’s door-knocking efforts in Ontario, admit Conservative officials: “Doug Ford is the No. 1 issue at the doors (for candidates) here. … Let’s just say there are really strong feelings.” (Toronto Star)

The last straw: Later today Justin Trudeau will kill the lowly plastic straw. Well, to be exact he’s expected to announce a number of anti-pollution measures, including a ban on single-use plastics that could take effect in 2021. (National Post)

Incidentally, the plastic straw ban comes just days before the Trudeau government’s self-imposed deadline for announcing a final decision on the Trans Mountain pipeline expansion. The government has said it will reveal before June 18 whether it will allow the project to go ahead or not. Make what you will of the timing.

Genocide or not?: Over the weekend Scheer finally weighed in on the debate over whether Canada’s treatment of Indigenous people amounts to genocide, a charge levelled by the inquiry into missing and murdered Indigenous women and girls and supported by Trudeau. Speaking on the Roy Green radio show Scheer took the opposite position: “I believe that the tragedy that has happened to this vulnerable section of our society is its own thing. I don’t believe it falls into the category, to the definition of genocide.” (Global News, Roy Green audio tweet)

The MMIWG report’s findings question the very foundations of Canadian sovereignty in a way that Canadians have been unwilling to do, writes Heidi Matthews, Assistant Professor at Osgoode Hall Law School, at Maclean’s:

But as Mitch Miyagawa has noted, apologia promote a national moral progress narrative and “whitewash the ways in which Canadians still benefit from [their colonial] past.” (Maclean’s)

(Keep reading for more on the genocide label debate below.)

Voting matters: The number of people it would have taken to swing the recent election in Newfoundland and Labrador could fit into a restaurant booth, or the cab of a mid-size car, writes Aaron Hutchins, Maclean’s resident expert in election squeakers. With the provincial Liberals missing out on a majority by one seat, and with the NDP besting the Liberals in the riding of Labrador West by just five votes, Hutchins rang up five local residents to hear their stories of how and why they voted—or why they didn’t vote at all.  (Maclean’s)

MACA: It’s time for Canada to get over its inferiority complex when it comes to our neighbours to the south, writes Scott Gilmore. After all, a lot of the policies favoured by the majority of Americans are already standard in Canada:

Donald Trump was elected to the White House on the promise he would “Make America Great Again.” By contrast, the new field of Democratic Party candidates are running on the pledge that they will “Make America Canada Already.” Consciously or not, the Democrats, and the majority of American voters, support policies that can best be described as . . . Canadian.

The most obvious example is health care. For all its faults and waiting lists, Canadian health care is cheaper and provides better outcomes on average than the American system. And, most importantly from the perspective of the Dems, it’s universal. (Maclean’s)

The price of support: Elizabeth May isn’t choosey. If a minority government arrises out of this fall’s federal election, she’ll support whichever party promises a serious plan to fight climate change, she said on CTV’s Question Period: “Incrementalism is out, and doing deals with people just for power, when our children’s futures at stake is not something I will ever do. We cannot ever accept a government that thinks they can get away with tiny targets on climate which they then don’t achieve. We have to do what’s required.” (CTV News)

No slam dunk: For politicians, the Raptors’ remarkable playoff run is obviously appealing. “It’s young, it’s urban, it’s hip, it’s diverse. And so if you’re Justin Trudeau, you dig being around that because you think that’s on brand for you. If you’re Andrew Scheer, being around that demonstrates ‘see I’m not not those things‘,” said Scott Reid, former communications director to prime minister Paul Martin, on CBC’s The House. But will Trudeau make an appearance at tonight’s game? It’s possible, said Reid and fellow panelist Dennis Matthews, once prime minister Stephen Harper’s head of advertising, but risky. After all, what if the Raptors lose while he’s there? Instant Trudeau curse. See: Drake. (CBC News)

Investigation: If the Organization of American States decides to investigate the disappearances and deaths of Indigenous women and girls in Canada as a genocide, the Trudeau government would support the probe, the Crown-Indigenous Relations Minister Carolyn Bennett said on Global’s West Block: “Absolutely. We welcome a rules-based international system, and so once this report has been tabled, if anybody wants to come and look, we believe we are putting in place the concrete actions to stop this national tragedy.” (Global News)