The romantic or the killer: Which Trudeau will emerge?

The romantic period will soon come to an end. Expectations will be dampened as deficits go up. The question is, who will Trudeau turn the blade on next? 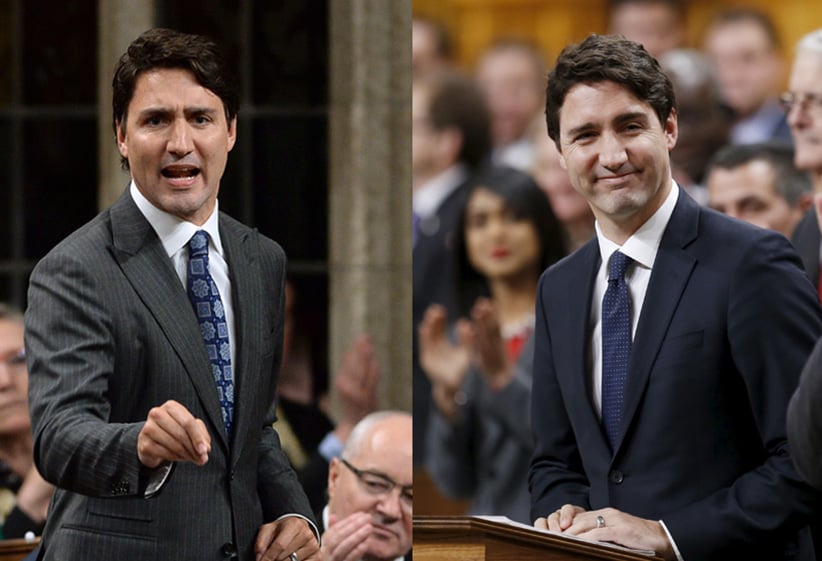 It’s not the image of Justin Trudeau that comes to mind today, but it did after he amputated Liberal senators from the party body. It was late January 2014, a time when Conservatives still believed that making jokes about Trudeau’s hair qualified as a serious political strategy. A senior Liberal adviser was giving me details of the event on background, trying to show that Trudeau was more than just the romantic ideal of a leader.

No one saw it coming. On a Wednesday caucus day, Trudeau looked into the eyes of people who had served the party for decades, many working side by side with his own father, and quickly pulled the blade across their necks. The senators were dazed. Senate Leader James Cowan faced the public with his guts still hanging out, mumbling hollowly that the decision was “courageous.” Like amputees suffering from phantom limb syndrome, the one-time Liberal senators could still not believe what they had lost: the body itself.

I asked why Trudeau didn’t warn them in advance as a courtesy: why the shock butchery? The adviser explained that this was more than just about Senate reform; it was a signal about the man who was in charge. A killer.

This is the impulsive Trudeau who cut two MPs from his caucus over allegations of personal misconduct and harassment; we still have no details of what happened or why they got the boot. This is the Trudeau who suddenly made being pro-choice a litmus test for his caucus. But this Trudeau is now nowhere in sight. For the last 100 days, Trudeau has tried to manoeuvre around the Maginot line of political cynicism with a blitzkrieg of empathy, the likes of which we have never seen, feeling the pain of every person, province and program. All we have now is the romance.

I choose that word carefully. In another conversation with a Trudeau adviser, we spoke about the poet John Keats—yes, people in this government talk about poetry. Keats had a poetic idea called “negative capability,” where a person “is capable of being in uncertainties, mysteries, doubts, without any irritable reaching after fact and reason.” Keats was a Romantic, and in this sense so is Trudeau. He tells Canadians repeatedly that they don’t have to choose between what might appear to be contradictory ideas. The economy and the environment? Peacekeeping and war-making? Deficit spending and fiscal probity? Take all of them. As Yogi Berra once said, when he gets to a fork in the road, he takes it. Trudeau is trying to govern on the negative capability of the poet.

There ought to be a term to describe the romantic period a new government has before it delivers its first budget, when all promises are possible and no disappointments have been delivered. Pre-lapsarian? Antebellum? A political bubble bath? Whatever it is, the Trudeau folks are in it. So far, no calculator can keep up with the array of promises: to cities, provinces, the UN, First Nations. But we don’t know if it all adds up. A budget is supposed to be the irritable reaching for facts, and the end of romance.

But watch carefully and the killer has still been hard at work, quietly racking up casualties. The cold logic of governing dictates that building alliances requires tearing down an enemy, that the counterweight of trust is the need to distrust something else. For a time, the counterweight to Trudeau was the Harper legacy, but there are signs that new targets are now in sight.

On Monday, Minister of Indigenous Affairs Carolyn Bennett made the breathtaking statement that there are many more missing and murdered Aboriginal women and girls than the RCMP claimed in their 2014 report. The RCMP put the number at close to 1,200, between 1980 and 2012.

The problem is, we have no way of knowing. Bennett admitted her conclusion was not based on any actual data. As laudable as her goal of healing the grievous wound in Indigenous communities might be, how does a senior minister call out the RCMP as lacking credibility on the issue of murder without evidence? The message was icily clear: Trust us, the Liberal government, not the police.

The National Energy Board has already felt the same blade. During the campaign, Trudeau said the NEB was “a cheerleader instead of a referee” on the issue of pipelines. Since taking office he has added a more rigorous process to pipeline review. For many, it is a badly needed overhaul. But so far, we have no idea if any new pipelines will be built. The National Chief of the AFN wants something called “Aboriginal licence” to be part of the NEB process. There is a class-action suit against the federal governments over oil and gas rights. In criticizing the pipeline process, has Trudeau irrevocably undermined faith in it entirely?

Trudeau has already broken a series of campaign promises, from the number of Syrian refugees arriving by the end of the year to the size of the annual deficit. The romantic period will soon come to an end. Expectations will be dampened as deficits go up. Then the question will be, who does Trudeau turn the blade on next, before the public turns it on him?