The Rona Ambrose sweepstakes are—maybe?— back on 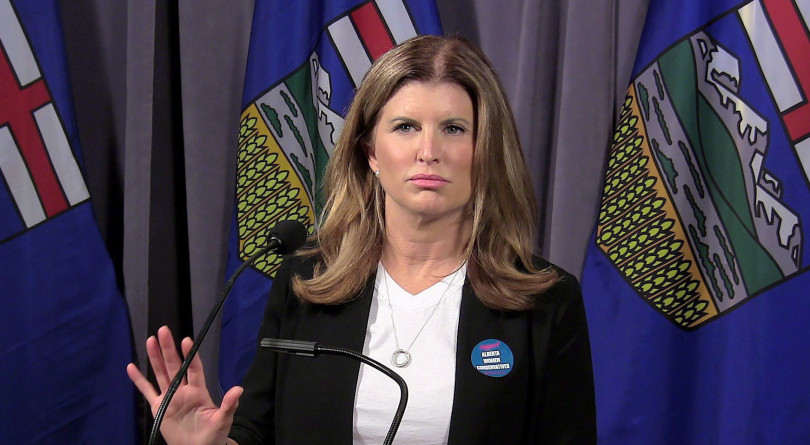 Rideau Hall’s harassment levels are still among the worst in the public service: Twenty-two per cent of employees who filled out an annual employee survey claimed to have experienced harassment in the past year—down from 25 per cent in 2018. That’s still the third-highest number of any federal department or agency. The average across the entire public service was 14 per cent. Of the results, a spokesman said: “We look forward to examining the results in depth over the next few weeks.”

Deputy Prime Minister Chrystia Freeland will work in the same building as her boss, reports the Globe and Mail. It appears this deputy PM will have more power than her predecessors in the role. Freeland has command of key portfolios and her chief of staff, the very same Jeremy Broadhurst who ran the Liberal campaign, will still advise Justin Trudeau in what’s framed as a “cross-reporting” position across the street from Parliament Hill.

Harper post-script: A day after Maclean’s broke the news that Stephen Harper had resigned from the board of the Conservative Party’s fundraising arm, the former prime minister publicly thanked longtime party-financing collaborator Irving Gerstein by tweet for being so damn talented at filling up Tory coffers over the years. [The tweet]

O’Toole Proud: If you’ve seen Canada Proud‘s right-wing sniping on Facebook or Twitter, you know the handiwork of Jeff Ballingall. The meme-factory co-founder once described himself to Toronto Life as “aggressively moderate,” and called the federal Tories the “least-worst option” in the same interview. Now, the Hill Times says Ballingall is joining the leadership campaign of Durham MP Erin O’Toole. Surely it’s a coincidence that Canada Proud posted a link to a fawning column about O’Toole in the Toronto Sun. Maybe someone should poll the Facebook page’s 190,000 followers.

Former Conservative MP Lisa Raitt, who’s now co-chairing the Tory leadership race, says all candidates should get a look-see at the party’s campaign post-mortem. As it stands, only outgoing leader Andrew Scheer is entitled to dive in. Raitt, who’s now styled as a “political analyst” for CTV News and is also vice-chair of global investment banking at CIBC, picked up another title yesterday: global fellow at the Canada Institute, a branch of the D.C.-based Wilson Center.

Maybe Rona Ambrose isn’t out of the race for Tory leader? Former Saskatchewan Premier Brad Wall’s very curious tweet about a National Post story strongly hints that Ambrose might yet make a bid. And Calgary Herald columnist Don Braid appears to be willing her to step up. For what it’s worth, this newsletter’s readers sure love stories about the former interim Conservative leader. (Yesterday, readers clicked on the La Presse scoop about Ambrose’s candidacy 8.5 times more than MacKay’s tweet.)

Five demands of Iran: Foreign Minister Francois-Philippe Champagne hosted a meeting at Canada House in London, U.K., with the so-called International Coordination and Response Group for the victims of Flight PS752. He joined counterparts from Ukraine, Sweden, Afghanistan and the U.K in making five demands of Iranians. They called for “unhindered” consular access, a dignified process of victim identification, a thorough investigation into the crash, and compensation for the victims. They also want an “independent” criminal investigation that respects “international standards of due process and human rights.”

In the $1.6-trillion mortgage market Canadians don’t even understand the basics: :Last year, the Financial Consumer Agency of Canada set out to learn what the citizens of this highly indebted nation think about, and know about, mortgages. Think of it as mortgage literacy. As Jason Kirby writes in Maclean’s, the survey results—published online this week—don’t paint a kind picture

According to the survey, slightly more than half of consumers failed to correctly identity what “mortgage term” means. Only 49 per cent offered purely correct responses like “the years you have a mortgage/contract term,” “the length of time you are committed to a mortgage rate,” or “the length of time before renewal.”

B.C. Premier John Horgan‘s anti-Trans Mountain legal crusade hit a wall yesterday in the form of the Supreme Court of Canada. The justices ruled unanimously that Horgan’s government didn’t have the jurisdiction to control the flow of oil pipelines that pass through B.C. The province’s arguments went so poorly that the lawyer who made them conceded he would lose even before the dye was cast. [CBC News]

A harrowing rescue: The Transportation Safety Board of Canada published its final report into a deadly crash near the remote coastal community of Makkovik in Labrador. The pilot apparently crashed into the side of a hill when whiteout conditions caused him to lose his bearings. His co-pilot died, and he only survived because a Search & Rescue team from Makkovik braved blizzard conditions and “near zero visibility,” as well as a steep climb, to reach the crash site—and then safely make the hours-long snowmobile trip back to town. [The investigation]