The roses and the thorns of Canada's new national security bill

It's far from perfect. But Bill C-59 is landmark legislation that appears to be an improvement over the Conservatives' Bill C-51 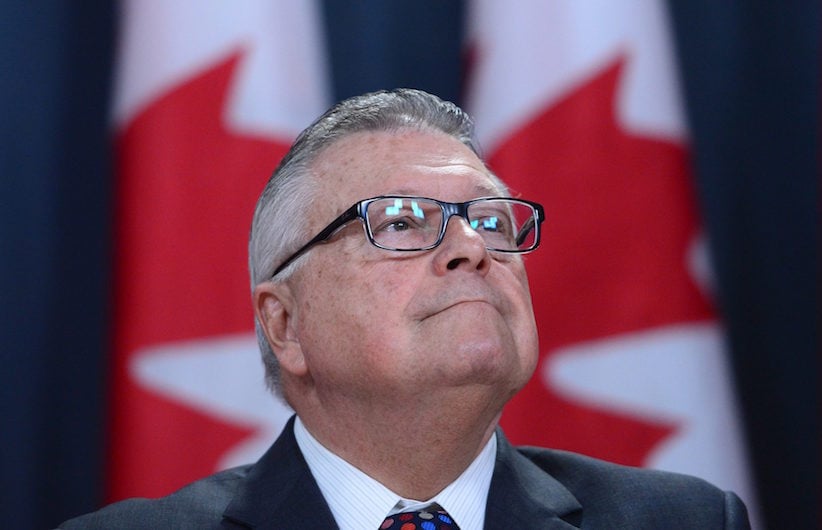 For all its vices, Bill C-51—the Conservatives’ 2015 antiterrorism law—did at least one good thing: it ignited the controversy that prompted a massive 139-page bill introduced today in the House of Commons.

Bill C-59 is the biggest overhaul in Canadian national security since the creation of the Canadian Security and Intelligence Service (CSIS) in 1984—and it gets a lot of things right. Here’s our early assessment, based on a first read of the law.

First, the government is finally redressing the imbalance between security service powers and those of the review bodies that are supposed to hold them to account. Bill C-59 quite properly supplements the parliamentary review committee (now being debated in the Senate) with a reformed expert watchdog entity. Expert review will be liberated from its silos as the new review agency has a whole-of-government mandate. A new accountability body will now “follow the thread” in reviewing security operations involving multiple agencies such as CSIS, the RCMP, Communications Security Establishment (CSE) and (at long last) the Canada Border Services Agency.

Second, the government’s bill revamps CSE. The changes here are complex, but many of CSE’s functions will be defined in law, rather than, as it is today, left to the direction of ministers or internal policies. CSE will also have a new cyber mandate that will allow it to attack as well as defend cyber threats, on top of its signals-intelligence and cyberdefence role.

But critically, the new bill grafts a new, independent oversight system—an intelligence commissioner—on CSE’s activities, putting CSE on a much sturdier constitutional foundation which does not rely simply on ministerial authorization. The commissioner’s role will be double-hatted; he or she also has a role to play overseeing CSIS and its collection of electronic “datasets,” noted below. This is an obvious response to last fall’s federal court decision which found that some CSIS practices in this area are unlawful under its current Act.

Rolling back the overkill around CSIS threat reduction

The bill rolls back much of the unnecessary overkill of the Harper era’s Bill C-51. That law gave CSIS the power to reduce threats through any measure short of bodily harm, violation of sexual integrity or obstruction of justice. With a secret, non-appealable Federal Court warrant, this could include breaching any Canadian law, and any right in the Charter of Rights and Freedoms.

We believe CSIS should have some threat reduction powers. Like many others, we dispute that it needs (or even wanted) threat reduction powers as extreme as those provided in C-51. And we doubt it was constitutional to allow judges to authorize CSIS to violate any Charter right.  The new bill confirms that CSIS cannot detain, torture or damage property at the risk of endangering life. And it lists the things CSIS can do, with a warrant.

Some of these things would otherwise break the law or breach the Charter. But that closed list at least makes explicit what CSIS can do. Canadians will now be able to debate whether CSIS should be doing such things as interfering with a person’s movement. Moreover, in constitutional law, legislating powers, and prescribing them by law, places that debate on a very different footing than giving CSIS a carte blanche. (For those versed in the Charter, this is clearly an effort to place CSIS threat disruption into a conventional section-one framework.)

The new law limits the extreme scope of Bill C-51’s terrorism speech crime. That offence was crafted with such overreach that it swept in communication—private or public—that was far removed from any acts or threats of violence. Today’s proposal eliminates that issue by converting the speech crime (and the related propaganda provision) into a conventional “counselling” of specific terrorism offence. To be sure, counselling is speech, but it has traditionally been criminal.

The government has chosen to make it slightly harder for police to pre-emptively detain people without a criminal charge. The power to make preventative arrests, which could result in seven days of detention, will again be extended for another five years, but C-59 repeals the controversial “investigative hearing” powers created in 2001. They were approved by the Supreme Court under the Charter, but never used after that. And annual reports will now be required for terrorism peace bonds, which are now used regularly to limit liberty.

Bill C-59 tinkers with the no-fly list process, although in technical ways that do not eliminate the problem of false positives—people with the same name who are wrongly stopped at airports. That is an administrative problem that will require an administrative solution, which is hopefully on its way.

On an early read, many of the changes proposed in C-59 are solid gains—measured both from a rule of law and civil liberties perspective—and come at no credible cost to security. They remove excess that the security services did not need—and has not used—while tying those services into close orbit around a new accountability system that should go a long way to restoring confidence and credibility. From that perspective, they become security-affirming, especially to the extent they sidestep trust-degrading fears about a CSE and CSIS unmoored to satisfactory laws.

These will now be discussion and debate—hopefully more informed and done in a more edifying manner than the C-51 trainwreck.

CSIS’s new statutory criminal law immunities for investigative techniques will spark discussions, although we see it as a more robust codification of powers currently exercised under murky Crown immunity rules.

Some will see the modernization of CSIS’s statute to include rules on collecting and retaining “datasets” as a reversal. Still, it is better to update and debate statutory provisions than to allow an old Act to be “amended” by secret legal advice.

So, what happens now? The new list of CSIS’s threat reduction powers will rightly provoke an open and more informed debate about what a covert intelligence service should do in a democracy.

One disappointing feature of C-59 that ought to come up for debate is its largely cosmetic changes to the Security of Canada Information Sharing Act, which galvanized civil society opposition during the C-51 period. The new bill tinkers with the overly broad definition of security in the existing law, but does not abandon it. Other refinements improve the rest of that law, with a greater nod to privacy and accountability, but not to a degree likely to silence concerns. The amount of information sharing contemplated remains vast.

The government also missed a chance to legislate a rule for special advocates who would be able to see secret evidence and defend the interests of appellants in the secret, no-fly list appeal process. And it left intact C-51’s shackles on unmediated access to information by special advocates in immigration security certificates.

Looking down the road, there will still be more work to be done from a security perspective. CSIS and the RCMP have struggled to coordinate their investigations. The single largest barrier to more seamless interagency anti-terrorism have been self-imposed strictures on CSIS sharing information with the RCMP, restrictions that stem from concerns that intelligence shared in this manner may be subject to criminal law disclosure rules. This is what is known as the “intelligence-to-evidence” problem. We regard it as the single most important challenge in Canadian anti-terrorism operations, and it is not addressed by C-59.

There is also work to be done on a matter that raises both security and privacy issues. Lawful access rules—the capacity of the state to intercept and collect electronic communications—are in a state of chaos in Canada, and in need of a clean-up. Different standards are applicable to different agencies, and the law in this area is a patchwork quilt.

Whether the government needs to be more aggressive—or just more coherent and predictable—is a question that will dominate debate among those who consider the balance between security and privacy. We fully expect this to be a core preoccupation for a next round of reforms. But for the time being, we will be happy to argue over details in C-59 and not, as in 2015, over fundamental understandings of how security is achieved in a democracy predicated on the rule of law.

Craig Forcese and Kent Roach teach law at, respectively, the University of Ottawa and the University of Toronto. They co-authored False Security: The Radicalization of Canadian Anti-terrorism (Irwin Law, 2015), in response to Bill C-51.