The summer student takes the fall for an escalating political drama 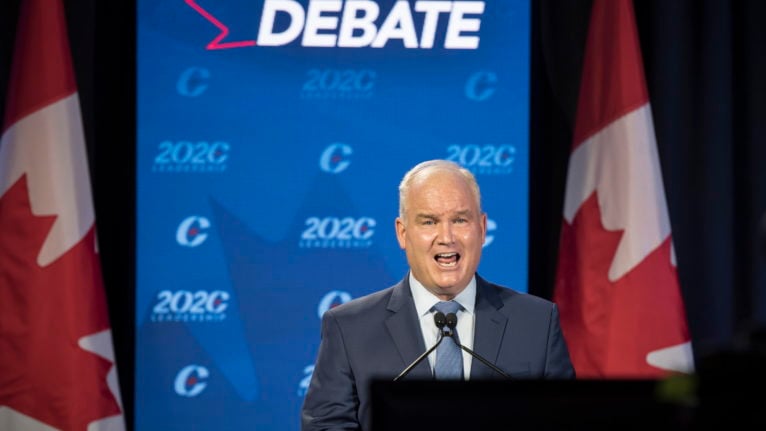 Calgary MP Greg McLean released a short statement with a lot of drama packed between the lines: “Upon learning of a breach of trust involving a summer student in my office, I immediately took action and the individual was terminated. This matter is entirely regrettable.” McLean, a Tory MP who endorsed Erin O’Toole for party leader, appears to have employed a still-unnamed staffer who allegedly sent recordings of Team O’Toole Zoom calls to rival Peter MacKay‘s camp—which has denied any wrongdoing.

MacKay spokesperson Chisholm Pothier told CBC News that Team O’Toole had sent passwords to hundreds of MPs and staffers—”negligently and with no reasonable expectation of privacy.” The allegations, said Pothier, were a “desperate political ploy.”

Thirteen senators have called on Prime Minister Justin Trudeau to impose Magnitsky sanctions on Chinese and Hong Kong officials. China’s “reprehensible actions have amounted, for decades now, to gross violations of human rights and fundamental freedoms.” The senators, who cited the 560-day detention of Michael Kovrig and Michael Spavor in their letter, also passed along a proposed list of officials.

In yesterday’s Globe and Mail, former Liberal justice minister Allan Rock and former Supreme Court justice Louise Arbour called on the feds to take the opposite approach. They argue, based on an analysis by Toronto lawyer Brian Greenspan, that Huawei exec Meng Wanzhou—whose arrest is widely believed to be the reason China has now charged the two Michaels—should be given her freedom.

Foreign Minister François-Philippe Champagne took to heart the criticism that he shouldn’t carry mortgages with a Chinese bank given these sensitive times. Champagne told a parliamentary committee that he repaid the mortgages and refinanced them with a Canadian bank. Expect an update to the minister’s official list of liabilities in the near future.

Majority territory? That particular cliché hasn’t been part of the federal conversation for several years, but the latest Abacus poll has Justin Trudeau’s Liberals at 40 per cent—the vote share that typically guarantees a majority government in Canada. The poll reveals that Tories are trailing in every age group and every level of education, and only 26 per cent of Quebecers would even consider voting Conservative. Jagmeet Singh remains the most popular party leader.

CERB extension delays tough questions: Bryan Borzykowski’s latest analysis of COVID-19 emergency relief zeroes in on the aftermath of the inevitable wind-down of the Canada Emergency Response Benefit. The feds extended payments another eight weeks, but workers who are still struggling to find jobs later this year are only deferring their anxiety a few months. Lior Samfiru, a Toronto employment lawyer, warned of what’s ahead:

“Something will have to happen in the fall. But who is going to pay parents who may have work available to them, but can’t work regular hours because they have to stay with their children? Will that obligation shift to the employer? Will the government address this through the EI system? It’s going to be a big issue.”

Trump might slap Canada: With tariffs on aluminum, that is. Bloomberg reports that U.S. Trade Representative Robert Lighthizer, Chrystia Freeland’s foil during frustrating free-trade talks, says aluminum imports from Canada are starting to concern his office. Rumour has it the tariffs could land on July 1, the very same day the new NAFTA comes into force. Happy Canada Day!

While Trump eyes tariffs, Americans want more Canada: “If you ask enough Americans, it really sounds like they think Canada is a better place to live,” writes Aaron Hutchins in Maclean’s. An Abacus poll that reached south of the border produced data that might make Canadians feel smug.

Meanwhile, Shopify is hoping to funnel talented techies locked out of Donald Trump’s America by executive order north to Canada. “If getting to the U.S. is your main objective, you can still move on south after the H1B rules change,” wrote CEO Tobi Lutke, in reference to the president’s suspension of visa popular with highly skilled immigrants. “But Canada is awesome. Give it a try.”

Tories love to talk about the supremacy of Parliament. They’ve said the word “democracy” in the House chamber 111 times since March, more than any other party. They’ve said “hiding” 27 times, by far the most. But the Globe‘s Bill Curry—a reporter who has tracked House behaviour longer than anyone—found that Conservatives are dead last when it comes to attendance at the special committee on COVID-19. Their attendance rate stands at 47 per cent, far behind the Greens’ 95 per cent rate. Some Tories said their internet connections were too unreliable, so they did what most political nerds do: tuned into CPAC.