The surprising end of a depressing campaign for women

There were some unexpected upsides after a campaign in which women were ignored, deployed as political props, and even attacked 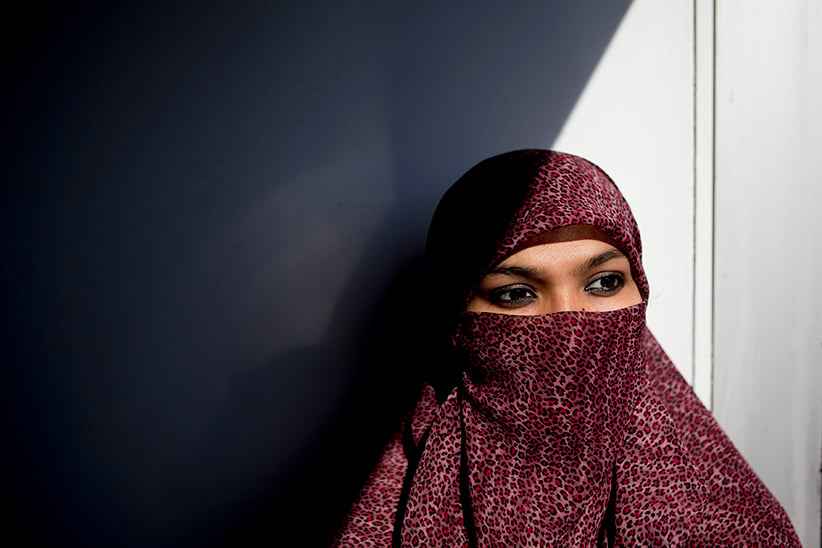 On Oct. 18, the eve of Canada’s 42nd federal election, the man who is now Canada’s PM-designate sent out a press release commemorating “Persons Day,” the landmark legal 1929 decision that declared women “qualified persons” eligible to sit in the Senate and participate in daily life activities. “Today, we reflect on the outstanding contributions and achievements of the Famous Five, the women who launched the ‘Persons Case,’ ” Justin Trudeau wrote, referencing Emily Murphy, Louise McKinney, Irene Parlby, Nellie McClung and Henrietta Muir Edwards. Eight-six years later, the fight for gender equality is far from over, Trudeau admitted, noting his party was the one to get it started: “Liberals will continue to advocate for full economic, social, reproductive, and political equality for all women, here in Canada and around the world.”

It was a shrewd and timely communiqué—an olive branch to the female electorate at the end of a federal campaign that was stunningly regressive in its avoidance of  issues related to gender equity, a trend that hit its nadir with the Conservative party’s deployment of women as political props to stoke divisiveness, a gambit that failed miserably.

The first warning that this wasn’t going to be a happy campaign for women was the kiboshing of a leaders debate on so-called “women’s issues”—including violence against women and girls, pay equity and child care—which Stephen Harper and then Tom Mulcair refused to attend. The fact Harper blew off the event organized by Up For Debate, a group comprised of “more than 175 women’s organizations and their allies” representing some four million people, was not surprising. The Harper government’s record on gender issues—from quickly shutting down Paul Martin’s national daycare plan and killing pay equity, to slashing Status of Women Canada funding and claiming that an inquiry into missing and murdered Aboriginal women “isn’t really high on our radar”—would have made the Prime Minister the equivalent of chum at SeaWorld. But, for Mulcair, the leader of a party known for its progressive policies—one that routinely delivered the highest percentage of female candidates, hitting a record high this election, at 43 per cent—to turn down the opportunity was puzzling. In retrospect, it was his first major strategic error of the campaign. Leading in the polls at the time, Mulcair assumed Stephen Harper was his only opponent. Even without Harper, the forum would have given him a chance to square off against Trudeau for the progressive vote—and sell that $15-a-day daycare plan that disappeared in the mists of the 78-day campaign. Instead, he bowed out, doing a disservice to women voters, as well as to his own political fortunes.

Not only did the campaign ignore the subject of violence against women, it seemed to incite it. According to the National Council of Canadian Muslims, at least eight Muslim women were attacked or threatened after Stephen Harper roiled tensions at the first French-language debate by making the wearing of a niqab during the citizenship ceremony—a demand made by exactly two women—an election issue. “Never will I say to my daughter that a woman has to cover her face because she is a woman,” Harper said, playing the pseudo-feminist. The alleged byproduct: Teenage boys knocking a pregnant woman to the ground in Montreal when they grabbed her hijab; a woman being assaulted physically in front of her young children at a Toronto shopping mall; a Vancouver woman getting punched in the head (by another woman) at a bus stop; and a woman being threatened at a Toronto Roots store, that most quintessentially Canadian retail experience, by a man who made machine-gun motions in her direction.

There was also arrogant disregard for boorish and misogynist behaviour, seen when Stephen Harper, who espouses a “tough on crime” mantra, appeared with the Ford brothers, Doug and Rob, only days after Rob (who called Justin Trudeau “a fag”) was accused by his former chief of staff Mark Towhey, in an excerpt from his new book, of threatening to kill his wife during an early morning rampage at the family home.

And the same campaign that depicted veiled women both as victims to be protected and as potential threats to be dismantled, and blithely ignored the former Toronto mayor’s illegal behaviour, also worked to incite fear with the spectre of property-devaluing sex workers.  Jason Kenney raised that concern in late September, saying that a Trudeau government would “force communities to accept brothels.” This month, during a riding debate, Terence Young, the incumbent Conservative MP for Oakville, Ont., warned that housing prices in the affluent area could drop under a Liberal government should sex workers take up residency, or, as he put it, “legally protected brothels with madams and all that goes with that because the Liberals have promised to legalize the selling of women in Canada.” That comment met with ridicule and guffaws. Young lost last night to Liberal rookie John Oliver.

Still, there were some signs of progress. All three major campaigns were led by women—Anne McGrath with the NDP, Katie Telford with the Liberals, and Jenni Byrne for the Conservatives. The number of females running for the three major parties, at 33 per cent, was up modestly from 2011. (The NDP led, with the Liberals’ slate at 31 per cent female, the Conservatives at 20 per cent, Greens at 39 per cent, and Bloc 28 per cent.) Yet only 72 ridings had two or more women on the ballot and 53 had no female candidates.

There was an upside to a campaign that was so regressive on women’s issues: For the first time, many Canadians heard the voices of women who wore the niqab, most prominently Zunera Ishaq, who won court battles affirming her right to wear the veil while taking the citizenship oath. Many explained their decision that was theirs, sometimes made  in defiance of their husbands’ views. New solidarities formed, seen with the 500 high-profile women who called for respect and solidarity in the niqab debate.

Federal politicians may not have been discussing female inequity but it became an inescapable campaign truth early on with the focus on a leaked internal government report by Status of Women Canada that revealed Canada has fallen well behind other developed countries in gender equity. The document, obtained by the CBC under Access to Information, reported poverty rates are rising for elderly single women and for single-parent families headed by women. Those most vulnerable are recent immigrants and off-reserve Aboriginal women. Canada was listed in the bottom ranks in terms of the pay gap between men and women; this country lacks a national strategy to halt violence against women and stands 52nd in terms of female representation in Parliament.

Now we have a prime minister-designate who campaigned on the promise of gender equality in cabinet—a first—and who defines himself as a feminist. The day before the election, his wife, Sophie Grégoire-Trudeau, was also deployed on “Persons Day,” appearing on CTV’s Question Period where she spoke eloquently of her commitment to issues related to gender equality, women and self-esteem, eating disorders, First Nations communities, as well as the issue of missing and murdered Aboriginal women. Trudeau also shared some of the couple’s parenting tips: “We have taught our children that meanness will bring you nowhere in life,” she said, a lesson that today seems prophetic. Whatever happens with the election, she would “continue on that path” of fighting for gender equality, Grégoire-Trudeau promised. Now Canadians will get to see what that actually means.