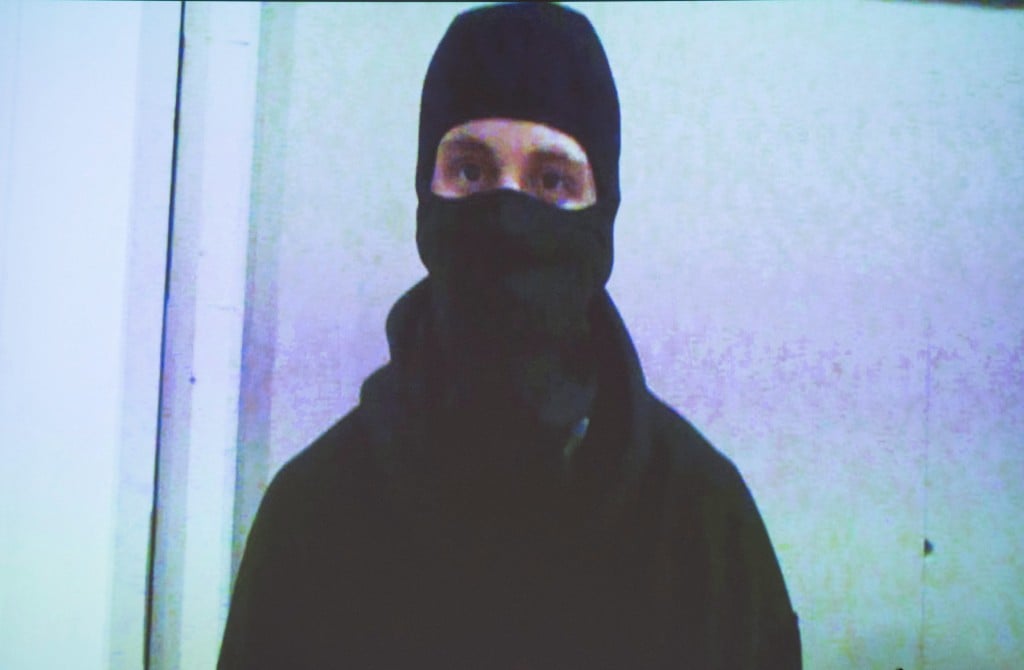 A screen capture from video footage of Aaron Driver, shown during a press conference, for what the RCMP are calling a terrorism incident, in Strathroy, Ontario yesterday, on Thursday, Aug. 11, 2016 in Ottawa. THE CANADIAN PRESS/Justin Tang

Lorne Dawson, a sociology professor at University of Waterloo who studies young men drawn to radical Islam, is the sort of expert you’d expect to be interested for academic research reasons in an incident like the terrorism suspect Aaron Driver, 24, who was killed in a confrontation with police on Wednesday in Strathroy, Ont.

In this case, though, the professor’s reaction was personal, not merely professional, and not only because Strathroy isn’t far from Waterloo. Dawson had interviewed Driver for about two hours last year when he was called in as an expert in the course of complex court proceedings, having to do with “peace bond” restrictions imposed to limit Driver’s movements and online activities.

Since 2008, Dawson’s research has focused on the process of radicalization, and he is a co-founder of the the Canadian Network for Research on Terrorism, Security and Society. This is our telephone conversation from earlier this afternoon, edited and condensed:

Q: When did you interview Aaron Driver and how well did you get to know him?

A: This was last summer. We’d been hired by his lawyers to help prepare a statement to submit to the court when they were determining the terms of his peace bond. We weren’t trying to tell the court he’s dangerous or not, because, to tell you the truth, how would you know? But we were telling them what we sensed and what’s in the academic literature.

Q: And what did you sense?

A: You know, the key thing, and there are many, many variables, is that the research literature shows very conclusively that you can’t draw too many conclusions from how people talk. Thousands and thousands of people are engaged in a pretty radical discourse, but only a tiny handful ever act on it. This is a big dilemma for academics studying it, but it’s an even bigger dilemma for security services. There are no real obvious indicators about taking the next step, beyond the obvious ones, like buying materials and starting to do things.

Q: In this case, what were you able to tell the court?

A: We had to honestly report that he held some very extreme views and troubling views. The jihadi identity was very important to him, it was the central component in his identity. It’s what sociologists would call a “master status.” This had probably grown out of his quite troubled youth and fragile identity, and his conversion to Islam and then to jihadism, giving him a kind of order to his life. He maybe seemed like the kind of person that was very inclined to a black-and-white view of the world.

Q: That all sounds troubling.

A: That’s all problematic. On the other hand, he was quite friendly and articulate. Although he was not well educated, he was very intelligent. He was widely read. He had a good understanding of some classic material from Islam. But he only read material that confirmed his point of view.

A: No, he read old classic medieval material that lays the foundations for Islam. He had quite an inquisitive mind. In conversion literature there are what are called motifs, so we classified him as what is called an “intellectual convert.” He had done a quest for knowledge. He was critical. He read a lot of material. He wanted to talk about what he had read.

So we couldn’t be sure, but we did come around to saying he was more in the camp of someone who is just talking and it’s a very important social part of his identity. But he said he was non-violent and he said he wasn’t interested in harming Canadian civilians, and there was reason to believe that was probably true. And I still think that was the case.

My suspicion is that after the imposition of the peace bond, when he was isolated and cut off from the jihadi community online, which was his primary support framework, that he actually ended up having the reverse effect—that it radicalized him further. That he felt in these black-and-white terms that he was losing his identity, losing his purpose in life, that he was under threat. And he saw what was happening to ISIS, that ISIS was under threat, and he had to revert to this jihadi identity to reassert himself.

Q: I could imagine some readers thinking that’s all ivory-tower nonsense, blaming the peace bond for his further radicalization. What would you say to someone who responded by saying that, clearly, authorities have to move to put whatever restrictions they can on someone who had his professed beliefs?

A: I agree. I’d say under current conditions, the authorities have no choice but to revert to a mechanism like a peace bond. It’s damned if you do, damned if you don’t. You have to do something if someone has expressed the strong, strong views he did. It’s just that it’s too bad that the peace bond is such a blunt instrument; all you can do is impose restrictions on his activity and that’s it.

Q: What should be done about someone like Aaron Driver?

A: Well, this is still very complex and controversial, but if you go to Germany, Denmark, Netherlands, the United Kingdom and elsewhere, you find programs, all diverse and developed locally, but essentially at the core of all of them is putting people in contact with psychologists, youth counsellors, social workers, maybe just really good teachers if they are struggling in school. And also, probably, but the person has to be willing to do it, talking to imams and other religious authorities with a moderate view.

Q: There’s quite a famous program along those lines in Denmark, isn’t there?

A: It’s a very famous program in Denmark’s second largest city, Aarhus. Their approach there uses family counselling. You try to bring the family in. Get the brothers and sisters involved, the way you would in a drug situation. Get everybody talking. The object isn’t necessarily to deradicalize the person; that’s difficult to do. But you can do a lesser thing that’s called disengagement: get them to realize that violence isn’t the answer.

Q: Do we have any programs like that in Canada?

A: Yes. There is a program for countering violent radicalization in Montreal, that is funded by the city and the government of Quebec.

Q: When were you last in touch with Aaron Driver?

A: We had a reasonably friendly connection with him. We had started to make gentle noises with him. Could we interview him a second time, just for research purposes? We honestly thought that would be happening soon.

Q: When was this?

A: A few months ago. We were seeking a face-to-face interview with him. The last contact was email. The last email was an exchange about weather. That was in April.