The Trudeau government's 'regret' and 'hindsight' in the Mark Norman affair 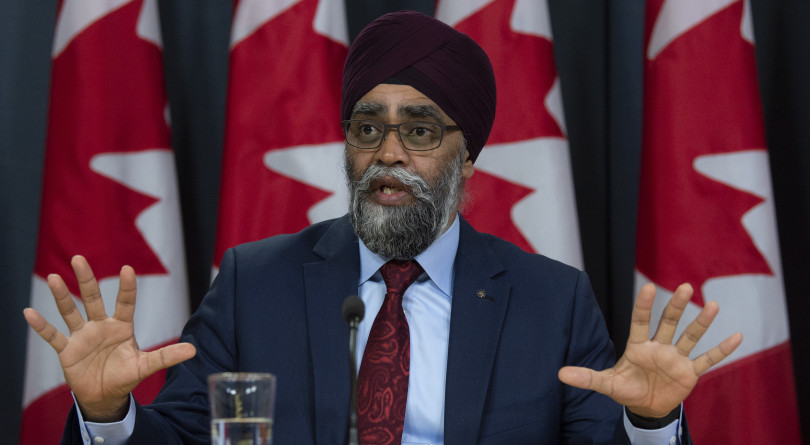 Marked: The Mark Norman affair got plenty of air time on all three weekend shows. On CBC’s The House, Conservative MP Erin O’Toole alleged the Trudeau government made Norman thefall guy for the leak of information about a major shipbuilding contract: “My conclusion is they felt that one name needed to be put to blame for the Cabinet leak. I think [the Liberals] were embarrassed by it. They handed one name, I think, to the RCMP and that was Mark Norman. Why was that done?” (CBC News)

Regrettable: Defence Minister Harjit Sajjan said on CTV’s Question Period that he regrets what Norman went through but repeated the government line that at no time did politics influence the investigation: “I have a deep respect for everybody who serves… I regret that the fact that Admiral Norman had to go through [it]… I regret the fact that the system had to go through this. … But when something like this happens… you have to respect the independence of the process.” (CTV News)

Ya think? Speaking on Global’s West Block, Public Services and Procurement Minister Carla Qualtrough admitted that Trudeau predicting not once but twice that the Norman case would go to trial maybe perhaps wasn’t a good idea: “I know. I know that’s how it was perceived and I think, in hindsight, not the best framing of words, I can assure you. But at the end of the day, there wasn’t political interference here.” (Global News)

No way Huawei: Conservative Leader Andrew Scheer promised to de-politicize military procurement during his appearance on Question Period, while he repeated some of his foreign policy platform promises, like banning Chinese telecom giant Huawei from working on Canada’s 5G network. (CTV News)

How bad is it? Speaking of China, relations between Canada and that country are at their worst in at least 25 years, if not longer: “I think it’s certainly the worst since Tiananmen Square and there are other signs that this is kind of the hardest moment in bilateral diplomatic relations since we established diplomatic relations in 1970,” says China expert and University of British Columbia professor Paul Evans. (Global News)

Get out the vote: Elizabeth May insisted on West Block that she isn’t trying to steal voters away from the Liberals or NDP. Instead, her goal is to attract those voters “so disgusted by politics that they don’t vote at all.” (Global News)

Pick one: Immigration Minister Ahmed Hussen struck back at critics who claim the government’s decision to slip tighter refugee asylum rules into its omnibus budget bill was about keeping certain people out. Speaking on The House, he said it’s all about efficiency: “We’re getting efficiencies everywhere that we can. And one of the ways to do that is to say to someone ‘Look, if New Zealand, which has a robust domestic asylum system, is willing to give you protection and you’ve already initiated a claim there you don’t really need access to the immigration [system]. The fact of the matter is I’m very confident in our record.” (CBC News)