The truth about 'Flora Syndrome'

Flora MacDonald trailblazed for women, but suspected they ultimately let her down 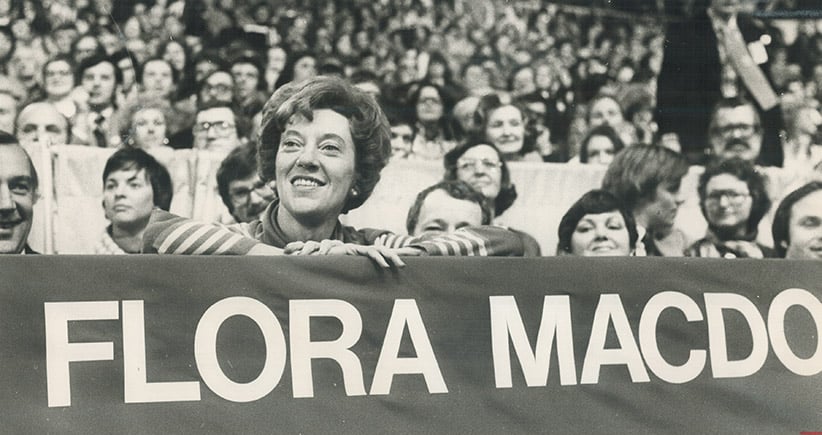 Flora MacDonald, who died at age 89 in the early-morning hours of July 26 in Ottawa, was a trailblazer for women in politics. So, in the outpouring of admiration on her passing, tributes from women still fighting in the political trenches stood out. Transport Minister Lisa Raitt, for instance, wrote on Twitter: “She cleared our path and I am grateful.” But when MacDonald looked back, late in her life, on the most crushing political defeat she ever endured—the infamous evaporation of declared support for her at the 1976 Conservative leadership convention—she suspected it was mainly women who let her down.

Born in 1926 in North Sydney, N.S., MacDonald had established herself as a top Conservative party official in the 1960s, then won a seat in Kingston, Ont., in the House in the 1972 federal election. When Robert Stanfield resigned as Tory leader in 1975, MacDonald didn’t waste any time declaring her candidacy to succeed him. As she wrote in an unpublished memoir that she worked on with veteran journalist, author and teacher Geoffrey Stevens, her aim in moving fast was to avoid being dismissed as “a token female who had to be coaxed to run at the last moment.”

She succeeded in being taken seriously, but still realized she had three potential problems in the eyes of Conservatives picking their next leader: She lacked the usual law or business background, or long experience in elected office, of big-time leadership contenders; her progressive-policy bent put her on the outside left of the Tory pack; and she was a woman vying for a job only ever held by men.

“These perceived ‘deficiencies’ in my gender, resumé and political orientation might, I knew, weigh heavily on the minds of some of the male delegates at the convention,” she wrote, then went on: “What I did not anticipate was that they would weigh just as heavily on many of the older women delegates who, though they counted themselves among my supporters, could not, in the end, bring themselves to vote for me. Did the women simply follow their men, when it came to casting their ballots? I don’t think so. I think they made their own choices. And I think the women of the Tory party, in the mid-1970s, were cautious and conservative, perhaps even more cautious and conservative than the men. They were sympathetic and encouraging to me. They liked the idea that I was running, and I think they would have been happy if I had won, but they could not quite bring themselves, personally, to take a chance on me.” 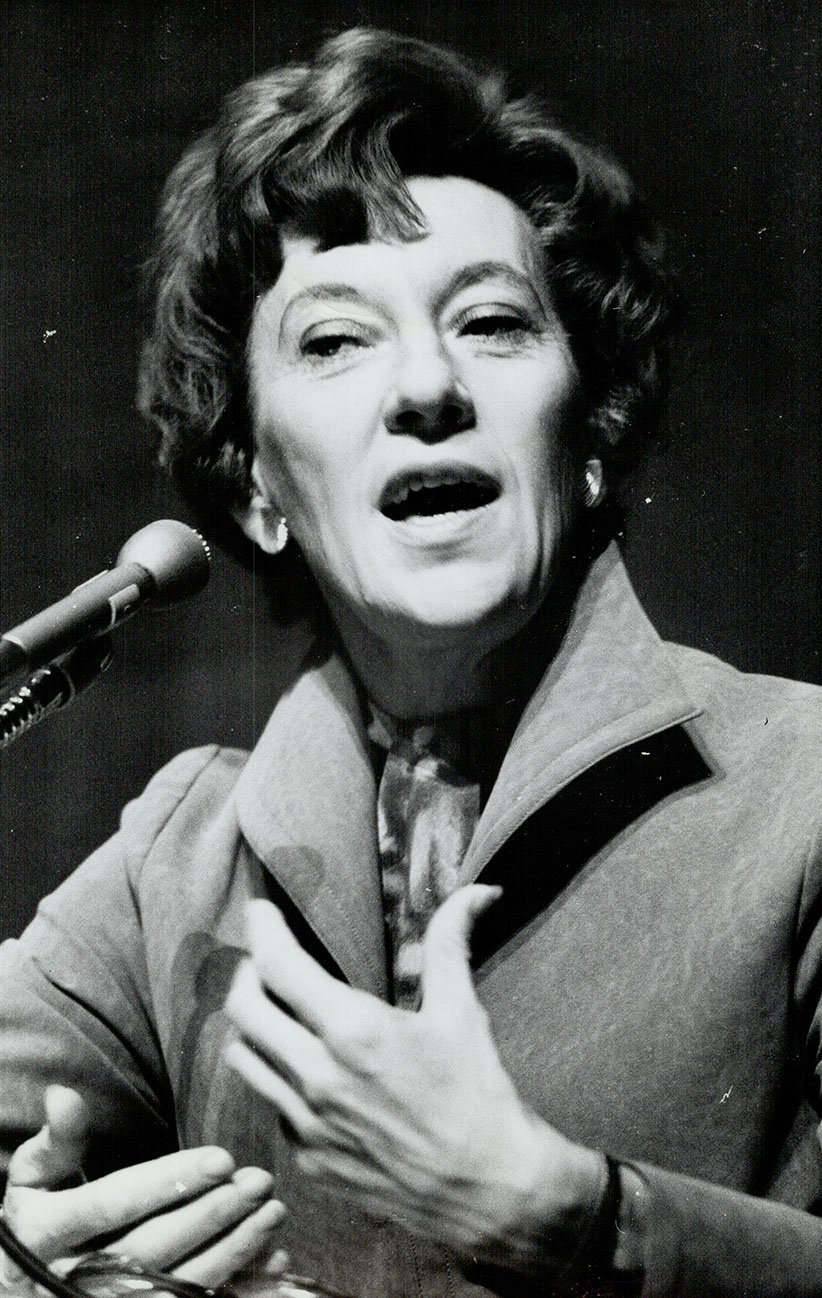 MacDonald’s team estimated that her firmly committed first-ballot support at that epic convention was no fewer than 325 votes, which was about the same level some journalists and other leadership camps gave her. It would have been enough for third place and a solid chance on subsequent ballots. But she got only 214, a stunning disappointment, relegating her to sixth. Ultimately, she had to throw her support to Joe Clark, securing his victory over Claude Wagner and Brian Mulroney. And so the term “Flora Syndrome” was coined for instances when declared backers, no matter whose button they pinned to their lapels, switched their votes in the privacy of the ballot box at a delegated party leadership convention.

During his brief tenure as prime minister after the 1979 election, Clark named MacDonald his external affairs minister, making her the first woman to represent Canada in that post on the world stage. After Clark lost the 1980 election, and was later ousted as leader, Mulroney took over. During his first term as prime minister, he also appointed MacDonald to senior cabinet roles, including employment and immigration. She lost her seat in the 1988 election, but soon threw herself into international development causes, taking on key roles with the Carnegie Commission on Preventing Deadly Conflict, and the International Development Research Centre. In 2007, she founded Future Generations Canada, an aid group that supports schools, health and farming projects in Afghan villages, many of which she visited herself.

Clark was on-hand last fall when MacDonald received a lifetime achievement award at the annual Maclean’s Parliamentarians of the Year gala in Ottawa. Interviewed for that occasion, MacDonald sounded ambivalent about being cast as a role model for women in politics. Asked for her view of organized efforts to encourage more women to run for office, she said, “I’ve seen groups of women do that since I’ve been around the political scene; I’ve never considered it particularly healthy.” She didn’t approve of dividing aspiring politicians into the women and the men, and said her core advice to both sexes was exactly the same: Polish your public speaking skills and learn to “relate to the difficulties somebody down the street is having.”