Do MPs generally have too little experience or too much? 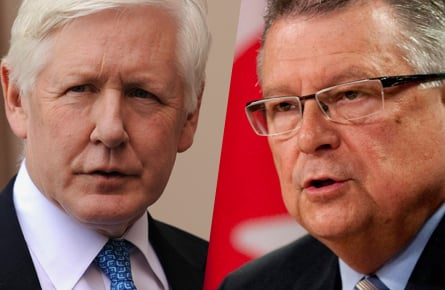 Over the weekend, Jeffrey Simpson lamented for the lifers he sees as presently dominating federal politics. He defined a lifer as one who has been involved for a long period of time at any level of politics, not just as a candidate or elected representative. In this way, for instance, Mr. Harper is a lifer because he has been involved in politics since the mid-80s.

The academic research in this regard—though Simpson’s definition complicates a direct comparison and his focus on party leaders is relevant—has generally raised the alarm about the exact opposite concern: that our MPs have too little experience and are too prone to turnover. To wit.

When the Public Policy Forum surveyed the House of Commons in 2008, it found our MPs had generally less experience in their jobs than their counterparts in Britain and the United States. Of the 139 MPs surveyed by Samara, only 19% had been primarily occupied by government or politics before being elected. And considering Samara’s work alongside Ned Franks’ research on turnover, Alison Loat has wondered whether the “amateur” status of our political class is a problem.

Franks has specifically pointed to the 1993 federal election, when Parliament saw a 72% turnover, as the starting point for a slow slide into our current state of acrimony. One way or another, ’93 does mark a pretty resounding demarcation. By my count, of the 307 current MPs, only 16 served in the House at any point before 1993 (Maurizio Bevilacqua, Jean-Pierre Blackburn, Gilles Duceppe, Ralph Goodale, Albina Guarnieri, Jack Harris, Jim Karygiannis, Derek Lee, Lawrence MacAulay, Peter Milliken, Rob Nicholson, Louis Plamondon, Bob Rae, Lee Richardson, Greg Thompson and Joe Volpe).

One of those (Bevilacqua) has already essentially departed and another (Greg Thompson) is due to whenever the next election occurs. Nine have served continuously (Bevilacqua, Duceppe, Guarnieri, Karygiannis, Lee, MacAulay, Milliken, Plamondon and Volpe), the others having taken short or extended breaks from the House before being reelected in recent years. Ten (all those plus Goodale) can claim more than 20 years of experience as an MP. Only one (Plamondon) can claim more than 25.

For the sake of whatever perspective it provides, only 14 of the current 307 MPs served while Brian Mulroney was prime minister. Only two MPs (Rae and Goodale) sat in the same Parliament as Pierre Trudeau.

The average term of service for current members is just under seven years and four months. The average age is 53.