The view of Canadian conservatism outside the Ottawa bubble

From bar stools across the country, the view of the Tory party race is unkind, and troubling 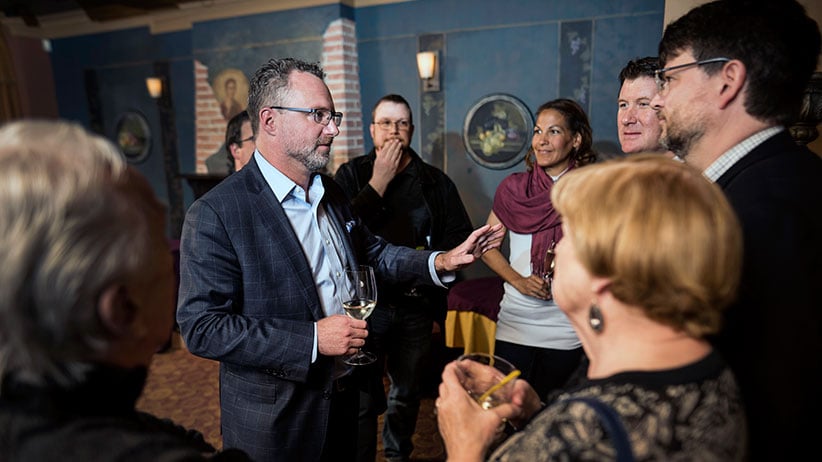 National politics looks very different from the back of a Winnipeg pub. I’ve been living in Ottawa for more than a decade. I can walk to Parliament. Most of my friends are federal bureaucrats, journalists or politicians. When we discuss politics, the conversations can be obsessive. Talk of a new piece of legislation, for example, could include recent polling numbers, the parliamentary track record of the minister involved, the reputation of their staff or reference to some long-forgotten governmental report. To be honest, it can be rather dull. We are quintessential geeks: fascinated by our subject of choice and deeply immersed in the most arcane details. Baseball geeks memorize Sandy Koufax’s ERA; we can proudly recite every minister of Foreign Affairs back to Barbara McDougall.

I’m not sure if any of the people who came to hear me speak in downtown Winnipeg last week could. They can’t tell me the budget of Global Affairs or name the deputy minister; they have no opinions about his management style. What they can do, however, is talk passionately about Canada’s foreign policy with an honesty and sincerity that is virtually absent in Ottawa.

In fact, in many ways, their views on the performance of the Canadian government, on the priorities facing the country and on the behaviour of individual politicians, is far more clear-eyed and accurate than anything I can muster from my ringside seat in Ottawa.

I was pulled out of my bubble after writing a rash column that bemoaned the state of the Conservative Party of Canada. Why couldn’t we have “a conservative party that believes in equality for all regardless of race, creed, language, sexual orientation or gender—a party that doesn’t see feminism as a left-wing plot, that doesn’t worry if we don’t share the same values and is not frightened of everyone and everything,” I asked. And, in an offhand fashion, I offered to organize a few dinners for any readers who felt the same way. More than 2,000 responded, and an eight-city tour was set up.

The first few stops, in Halifax, Toronto, Winnipeg and Calgary, have been remarkably similar. The vast majority of the people who come consider themselves conservatives. They have a wide variety of backgrounds, from farmer to lawyer, new immigrant to old stock, young to old. And all but a handful are dismayed at the rhetoric that orbits around the Conservative Party right now. 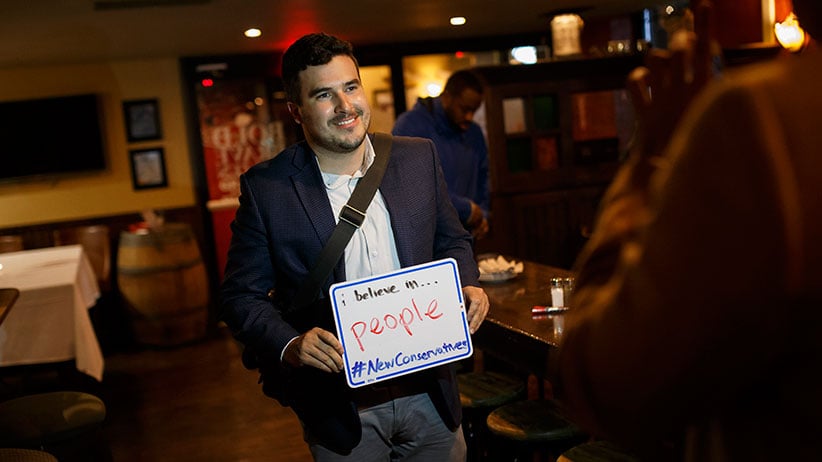 These are people who believe in limited government, the importance of individual freedoms and a strong Canada. But they have a queer daughter and believe in gay rights. Or they are worried about climate change. Or they believe there should be more support for the less fortunate in society. And because of these values, they no longer feel at home in the Conservative party, but they do not want to vote Liberal.

At one event, a young woman complained that the party was always playing “catch up” with Canadians on social issues. A CPC organizer who had come to tell me (and the audience) that these dinners would only hurt the conservative cause replied, “But Canadian values are constantly evolving!” The young woman threw up her hands in exasperation and shouted, “Exactly!”

I have been asking people at each event, “If you are unhappy with the direction of the party, what can be done about it?” Very few think this is the time, yet, for a new party. Some have proposed that the “centre right” needs an advocacy group like the left has in the Council of Canadians. Several have simply talked about getting more involved, calling MPs, writing letters to the editor and supporting candidates who share their values. And, in fact, each event has been well represented by people who back either Michael Chong or Erin O’Toole for the leadership of the CPC, both candidates on the moderate end of the spectrum. 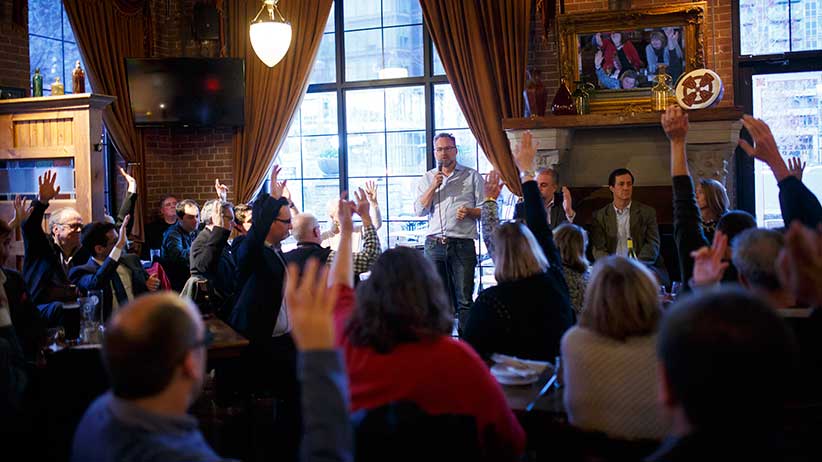 The Conservative Party of Canada may be doing very well. There is a lot of evidence to suggest that. A record number of memberships have been sold. The leadership race has been actively and closely followed. Fundraising is up. However, this view from afar may tell a different story. While the party faithful may be energized, many of the Canadians who will decide if the party returns to government are far less happy. They want a conservative choice that respects science, is less angry, is less afraid, is less xenophobic and more inclusive. And sitting in the back of a Winnipeg pub, whether they are right or not, they don’t believe that choice exists.

I don’t know how many Canadians hold this perspective. It could be millions, or maybe it’s just the few I’ve been meeting. I suspect it’s closer to the former. If the new leader, whoever it is, decides that they need or want those votes, they will have some work ahead of them to change the way conservative politics looks from here.

Scott Gilmore is a member of the Conservative party, and is married to a Liberal cabinet member.