The wonderfully average year 2020 could have been

Marie-Danielle Smith: Waaay back in February focus groups were asked for their thoughts on this year's economy. How very wrong they were. 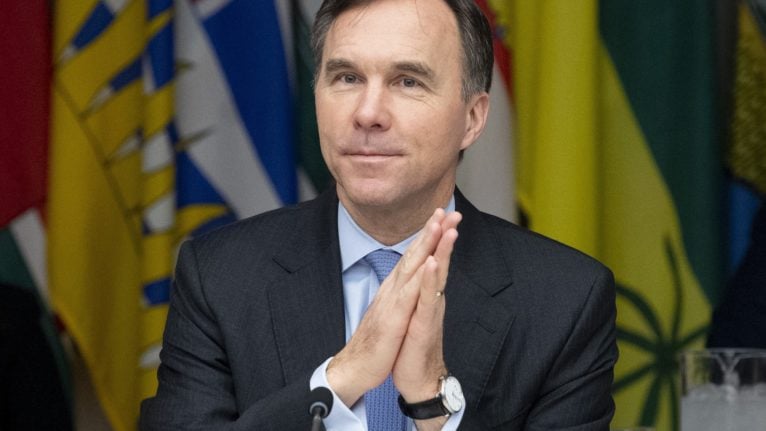 Six months ago—approximately a decade ago, emotionally—those were Canadians’ glowing predictions for the state of our economy this year.

“For the most part, the feeling was the economy would continue on its current trajectory. There were no strong opinions regarding the next 12 months,” reads a public opinion report delivered to the federal government on Feb. 20.

No strong opinions! Things seemed generally fine! Except in Alberta, where participants used another word often enough for Environics Research to include it in their analysis. Calgarians, justifiably, felt the economy “sucks.”

Consider how otherworldly it seems that just six months ago, Canadians were sitting around conference tables in Vancouver, Montreal, Calgary, Mississauga and Charlottetown—next to each other! INDOORS!—gabbing, maskless, about how things were generally meh. The renegotiation of NAFTA had been decent. The legalization of cannabis had been nice. The government could do better, in various ways, on climate change and pipelines.

More than half of Canadians, says this polling snapshot from a distant time, were ranking their personal finances as a seven, eight, nine, or 10 on a 10-point scale. Some worried about the national debt and others did not, but there was “a general impression of lavish spending” by Prime Minister Justin Trudeau’s administration—a concept that feels almost quaint in the present.

It all conjures an image of the year 2020 should have been. What if those focus group participants, brushing the Timbit crumbs off their jeans, could have exited those rooms and seen the year play out as averagely as they predicted?

This year, peace was supposed to have broken out in trade wars that, in the naïve days of late 2019, posed the biggest threat to the international economy. The upcoming United States presidential election was to be the 2020’s singular biggest event, which investors were supposed to cool their heels about. Consumers were supposed to keep spending. “It’s likely that all these things will happen,” Bloomberg Economics proclaimed in October, just 10 months ago (about 15 years ago, emotionally). Back when U.S. employment was at a 50-year low.

Yes, in the heyday of things seeming “OK,” a projected Canadian federal deficit of $26.6 billion was eye-bulging. The biggest hit to the nation’s pocketbooks was projected to be a rising cost in groceries that could amount to an extra $487 per average family in 2020, according to reports in December.

The nation’s legislators were set to bicker on income tax cuts, Coastal GasLink, Wexit and climate marches. The spring session of Parliament would have seen debates on gun reform, a ban on conversion therapy, and an update to the citizenship oath to recognize treaties with Indigenous peoples.

A proposal to expand medically-assisted dying legislation, like the original bill back in 2016, could have given Canadians a rare opportunity to see their politicians putting partisan stripes aside and speaking from the heart.

But having gone to the polls last fall, many of those would-be observers would have hung up their political hats and, breathing a sign of relief, stopped paying much attention to Ottawa. In a time when things were “fair,” there was so much else that 2020 had to offer.

In April, we would’ve sat in packed movie theatres, stuffing ourselves with popcorn, elbow-to-elbow with strangers, whispering our judgments of a new James Bond film.

In June, we surely—definitely!—would have watched, mouths agape, as the Toronto Raptors defended their NBA title. In the final game of the championship series, basketball would have united us all, coast to coast. We would also have united watching the Toronto Maple Leafs lose in the first round of the Stanley Cup playoffs.

This summer, we would’ve taken a break from the patio and music festival seasons to huddle around at sports bars and family living rooms and watch Canada’s Olympic athletes compete with the world’s best in Japan. Kids, enjoying a precious couple of months off school, would sit on grandma’s lap or lounge on the carpet, trying not to pick at the mosquito bites they got at overnight camp.

Yes, when things were “steady,” we would’ve made it to our cousins’ weddings, stayed too late at our friends’ birthday parties and gone on globe-trotting adventures. We would’ve had a fighting chance to hang onto our jobs, make the rent, save our pennies and try that new noodle place down the street. We would’ve visited our elderly relatives. WE would have motored along tickety-boo.

Of course, Canadians might not have been happy. Under normal circumstances, we might have thought things were just so-so. Certainly not the best. “Better is always possible,” as our prime minister used to enjoy saying, until the phrase became more and more applicable to himself.

Think about it, though. Only six months ago, some representative sampling of citizens, all strangers to each other, were in boardrooms drinking free coffee and expressing little to no enthusiasm about national policy. They were hanging around in the same room together, their entire faces visible, having NO STRONG OPINIONS ABOUT THE YEAR AHEAD.

That the thought of finding the future pretty dull is now so preposterous—and appealing—says more about 2020 than almost anything else.