Then and now: Justin Trudeau on deficit politics

The Liberals have already abandoned their balanced-budget pledge. Will they still be able to lower Canada's debt-to-GDP ratio by the end of their mandate?

Oh, how quickly fiscal projections from a late-summer campaign commitment can turn into dust. Last year, when Justin Trudeau pitched a few years of deficits and billions for a long-term infrastructure plan, he capped it off with a promise to balance the budget and 2019-20 and reduce the federal debt-to-GDP ratio to 27 per cent. 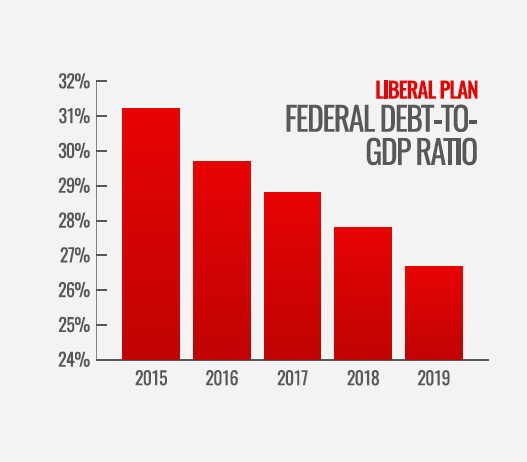 The party’s five-year plan for the debt-to-GDP ratio? “In every year of our plan, federal debt-to-GDP will continue to fall,” read the party platform, which included a handy bar chart that visualized it all.

At the Maclean’s Town Hall last December, Trudeau reiterated a firm commitment to both balance the budget by the end of his first term—and reduce that debt-to-GDP ratio consistently.

Budget 2016 revealed the government’s latest fiscal projections: no guarantee of a balanced budget by 2019-20, though robust economic growth could reduce the red ink; and only very modest reductions in the debt-to-GDP ratio. 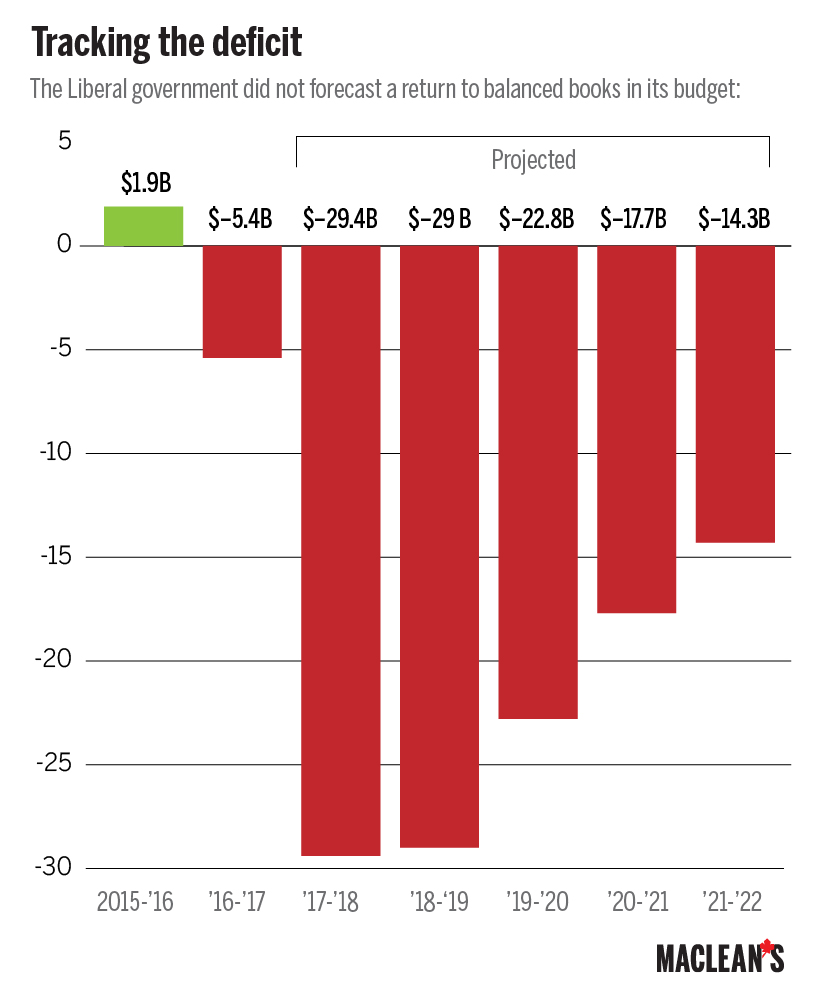 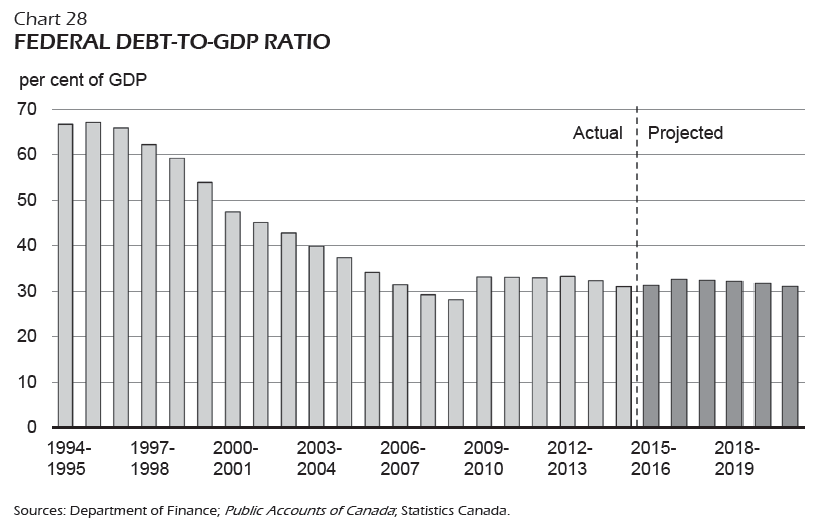 Finance Minister Bill Morneau certainly didn’t hide the government’s revised plans; they’re plainly written into his budget documents. But the Liberals have proven the fragility of an ambitious campaign promise made during turbulent economic times, and made anew on live television a month into a sunny mandate.

WELLS: Folks in my line of work have been watching to see signs of slippage and things that might not be working out as well because we’re a cranky lot, (laughter) and already there are signs that that campaign commitment to $10 billion in deficits is not going to be met. How, how much, I mean, once you decide that you’re not going to cap your deficits, how much bigger can they go? And will you still be able to meet your electorate in four years with a balanced budget?

TRUDEAU: Well, the, the commitment we made was to create growth for an economy that, quite frankly, hadn’t had growth that it needs in quite a while. I mean, as, as you may have heard me say a few times during the election campaign, Stephen Harper had the worst record on growth of any Prime Minister since R.B. Bennett in the depths of the Great Depression.

So we put forward, as a commitment to Canadians, that we weren’t going to stress about balancing the budget immediately, which both Mr. Harper and Mr. Mulcair did. We were going to focus on investing in Canada to make that growth happen and to help the middle class directly. We said that we proposed modest deficits, that we were hoping to have around $10 billion or less, but we would be open with Canadians about how things were looking once we actually got into place.

The one commitment we did make was to recognize that Canada has a low debt-to-GDP ratio, and is getting lower and we were going to ensure that it kept getting lower every year through our mandate. And that’s what we’re holding to.

Okay. If it’s reasonable to run deficits now as long as you’re under that debt to GDP cap, why not keeping running them right through to the end of the mandate?

TRUDEAU: Well, you know, we, we understand that what we need is to demonstrate at the same time a level of fiscal responsibility, as we’re creating that growth. So investing record numbers in infrastructure, in public transit, in green innovation and infrastructure, the kinds of things that we know are going to create jobs now and growth over the long term is what Canadians asked us to do and that’s what we’re focused on. But I also think it’s also realistic to not, not just decide that oh, deficits or discipline doesn’t matter.

We, we, you know, committed to, to, to balance that budget by the last year of our mandate because we do need to keep, keep things responsible cause Liberal governments have always been responsible.