A raised middle finger, a silent thank you, or a helping hand. Whatever your vote represents, you just need to cast it, writes Scott Gilmore 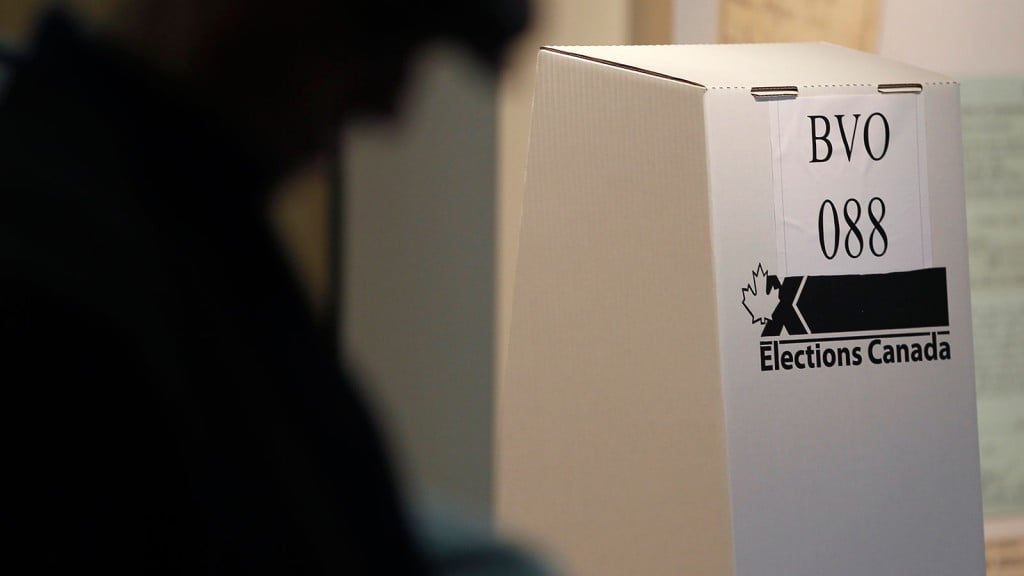 We don’t vote. In the last election, only 24 million Canadians were on the voters list, and more than a third of those did not cast a ballot. That means less than half of Canadians participated. In fact, the difference between first place for the Conservatives and second place for the NDP was equal to less than four per cent of our population. For provincial elections, even fewer turn out. In last year’s municipal election in Ottawa, less than two in five of those eligible to vote did.

Contrary to conventional wisdom, this is not a recent phenomenon, the result of increasingly indolent youth. Turnout in the late 1800s was the same as today, and has never gone above 80 per cent. As I said, we don’t vote.

There are some hopeful signs this might change. Several organizations have mobilized to increase turnout this year, such as Vote Savvy and Why Vote. Our national jester, Rick Mercer, has launched a #VoteNation campaign. And Elections Canada reports advance voting is up significantly from 2011. But no one expects anything more than a very modest improvement in final numbers.

This is astounding. As a nation, we are constantly griping about the “democratic deficit” and bitterly complaining about the fools in Ottawa, yet, when it comes to doing something about it, we, the people, are the ones letting the country down.

Voting is possibly one of the most important of our few responsibilities as citizens. We are showered with rights and privileges and, in return, our social compact requires so little: Pay your taxes and, once every four years, stop by the local school and fold up a piece of paper.

Of course, voting is all about our own money. The federal government burns through about $1.1 trillion every four years. (That works out to $34,000 per person.) That money comes from us. You would think this fact alone would have us pushing each other out of the way on election day, as we try to influence how Ottawa spends a third of our paycheques.

What’s more, there are so many good people asking for your vote. Across the country, thousands of Canadians have sacrificed money, jobs, their pride and peace of mind to run for office. For months, they schlep back and forth across their enormous ridings (three of our electoral districts are larger than France), earnestly campaigning to make Canada a better place. In return, all they ask from you is to take 20 minutes to vote on the way home from work.

Conversely, there are a lot of horrible people running, as well. Psychologists have found that sociopaths are not only more likely to go into politics, they tend to do very well. In this election, social media revealed that candidates of every stripe can be racist, unpleasant and ignorant. Many incumbents, from all parties, have behaved abysmally in this last Parliament, and there are few pleasures greater than “throwing the bastards out.” But still, one in three can only shrug and stay home.

In this election, with so many close races and a two-way tie at the national level, every vote will matter. Behind the spurious issues such as the niqab, there are genuine and important choices to be made: Should Canada be fighting in Syria? How many refugees should we accept? Should C-51, the controversial Anti-Terrorism Act, be kept, amended, or repealed? Should the Trans-Pacific Partnership trade agreement be signed? And should climate change become a national priority? It would be hard to find Canadians who don’t have a strong view about at least one of these issues. They affect every one of us. And yet, we don’t vote.

For eons, we suffered or thrived according to the length of seasons or the strength of predators. Collectively, slowly, we mastered these forces; we built shelters, we invented guns. But, individually, for most of us, we were still subject to the whims of the more powerful. Where you lived, how you lived, and how long you lived depended on an unaccountable few at the top of the food chain.

Then everything changed. Magna Carta. Parliaments. Universal suffrage. For the first time in creation, some humans in some places were able to choose how they were governed. As a historic milestone, this transition cannot be understated. Many of our recent ancestors understood this so well, they were willing to die, on 19th-century barricades or 20th-century battlefields, to protect it. But still, we don’t vote.

There is a troubling school of thought in the field of neuroscience that argues that free will does not exist. The theory is that humans are merely nematodes writ large, a bundle of neurons that automatically and predictably react to stimuli. Given a specific set of circumstances, your brain will consistently respond in a specific way, and any impression you might have of making conscious choices is merely an illusion.

On election day, your vote could be a great middle finger to this idea that we are victims of fate. It could be a silent thank you to the millions who died to give you the right. It could be a kick in the ass to the politicians you loathe, or a helping hand to the ones you love. Your ballot can be a shout in support of free trade, or free housing, or free will. It can be all these things. You just need to vote.