Who says public servants have no sense of humour? They fought through classic bureaucracy and all the required approvals, just to make a Star Wars joke 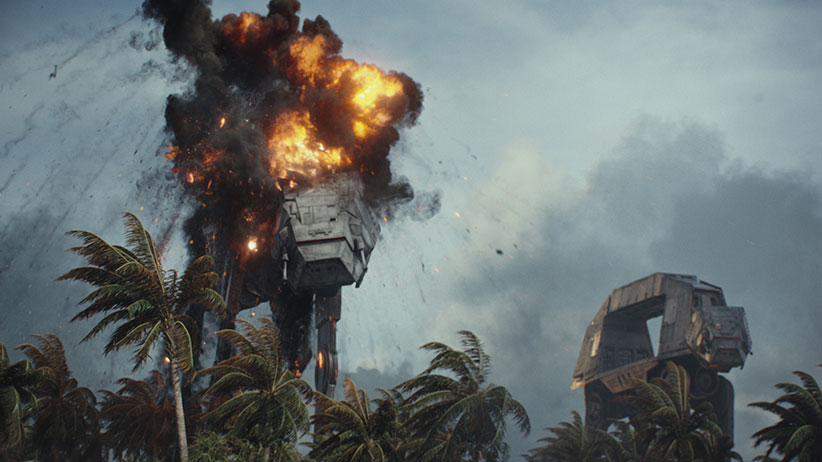 It took five months of planning, a bunch of nerdy public servants and approvals all the way up the chain, but Transport Canada achieved the nearly impossible earlier this year: a government tweet gone viral.

It all started so bureaucratically. “Our resident nerd has come up with a fantastic message [promoting] our recall database,” wrote a departmental communications assistant on Dec. 1, 2016. “We intend to post this message to coincide with the release of the newest Star Wars movie,” which hit Canadian screens two weeks later. The bureaucrats missed that deadline, but they struck Twitter gold a few months later.

Documents obtained via the Access to Information Act explain how the government hoped a harmless hoax could help spread the word about its Motor Vehicle Safety Recalls Database, which lists all recalls between 1970 and the present day (for example, here’s a list of Toyota recalls).

One departmental official cited a recent presentation by Honda that claimed Millennials were “the hardest to reach in relation to recalls.” So they set out to reach a new audience.

The plan was to post online a temporary recall for All-Terrain Armoured Transports, a four-legged vehicle manufactured by Kuat Drive Yards and deployed by the Empire in its fight against the Rebel Alliance. The recall claimed that the AT-AT’s central hydraulic system “could fail in extreme temperatures, such as on planet Hoth or Northern Canada,” which “could impair laser cannon tracking, and affect the walker’s ability to maintain balance.” The recall “affected” 10,000 models.

In a perfectly mundane flourish 48 hours out from the big day, Transport’s head of recalls signalled to his superior that the draft posts “have been reviewed by our Star Wars experts and approved as being factual and funny.” Finally, on Star Wars Day—when #MayThe4thBeWithYou jokes are once again fashionable for 24 hours—Transport unleashed the tweet. They reproduced the joke on Facebook, too.

The paper trail tells the story of one small team’s impressive commitment to a joke through all the required approvals—even the deputy minister’s office was made aware of the cheeky posts—and satisfaction at having watched retweets and shares multiply throughout the day. In the end, the engagement with the tweet was impressive: 3,061 retweets, 3,397 likes and 70 replies as of July 20. The Facebook post drew dozens of comments and hundreds of likes—and it was shared more than 1,400 times. The department’s analysis claimed nearly 450,000 people saw the recall.

Two hours after the initial Facebook post, a commenter wondered aloud about whether or not Transport was being “fed wrong information by Kuat Drive Yards.” This prompted a new email about how to reply. “Could we respond that we have sent one of our inspectors to Planet Kuat—to get to the bottom of this?” Someone else floated an alternative: “You could also say that the manufacturing issue was deliberately set by Rebel espionage.” That remark, according to the documents, spurred an email debate about the very nature of government: did these public servants fight with the Rebel Alliance or the Empire? Opinions were mixed. “See, in my head, we are the Rebel Alliance and we are trying to stop the Empire,” piped up one of the team members. Another flatly disagreed: “It is my understanding that the Empire is the government.”

The group didn’t resolve that fight, but their reply on Facebook—that the department had “dispatched inspectors to investigate” the commenter’s claim—netted five likes and a couple of “love” reactions. Another small win on a landmark day.

The whole exercise apparently elicited only one negative email, from an industry group representative who was distinctly unimpressed. “This is not seen as humour by many,” he wrote. “Only as an overtaxed department being unnecessarily silly.” Fair comment, to be sure, but Transport Canada should be overjoyed. At least this once, bureaucrats weren’t the humourless people in the room.

CORRECTION, July 21, 2017: An earlier version of this story erroneously referred to the All-Terrain Armoured Cargo Transport vehicle in the image at the top of this post as an All-Terrain Armoured Transport vehicle. Both were manufactured at Kuat Drive Yards, but the AT-ACT is bigger—and, importantly, features a cargo bay. Maclean’s regrets the error.