This Harper fellow is quite something, eh? 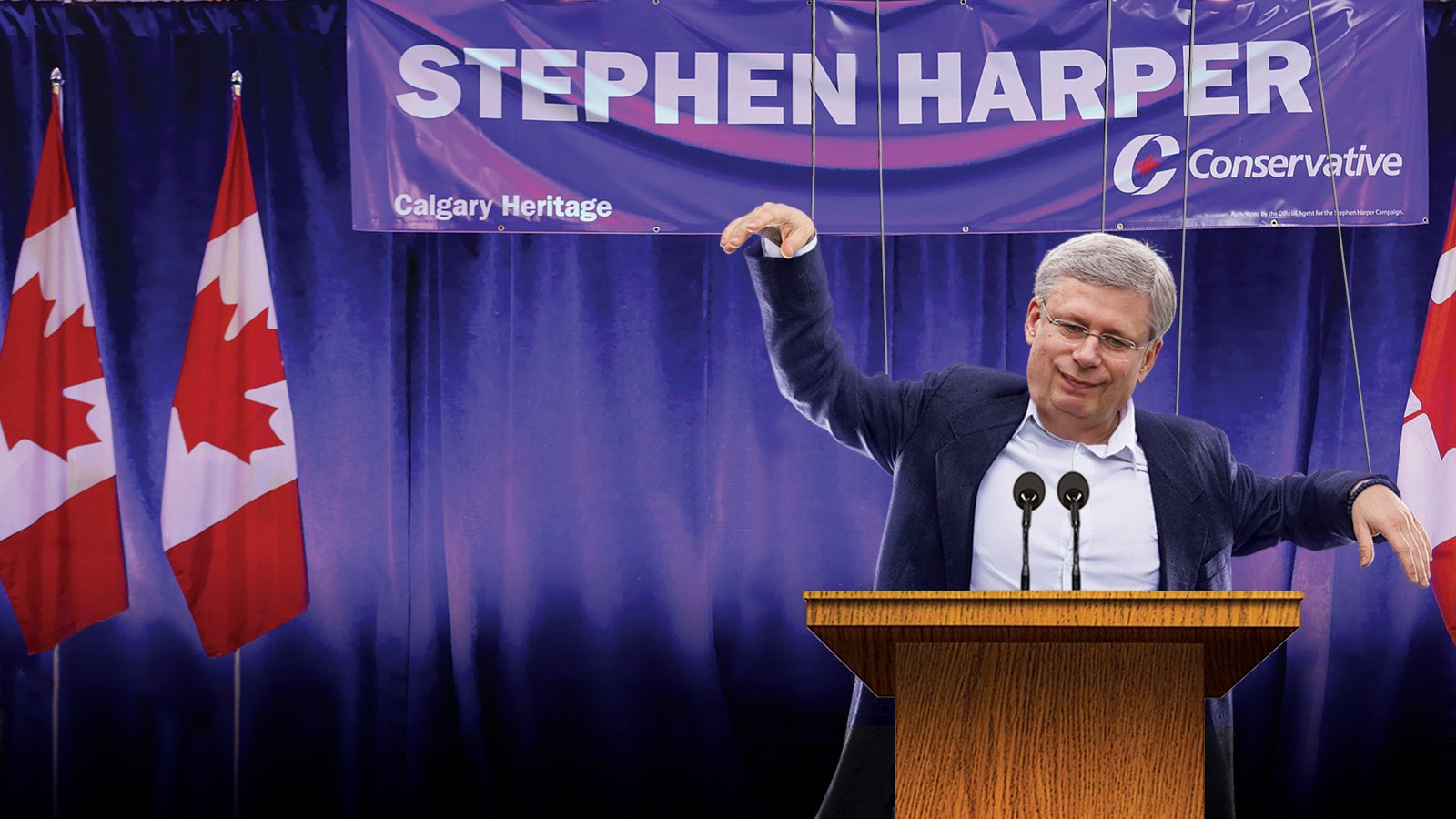 It’s a bit early to declare a winner for the Most Inadvertently Hilarious Moment of the Summer in Canadian Politics, but I’m making the call anyway: Come fetch your prize, Stephen Harper!

The Prime Minister set the bar impossibly high when he took time out from his new hobby—distancing himself from Mike Duffy—to appear before party faithful in Calgary. During his speech, the PM prefaced an attack on Justin Trudeau by saying: “My people tell me I have to do this. We’re getting close enough to the next [election].”

Did you catch that? My people tell me I have to do this.

Voters of Canada, I ask you: Who among us has not grown weary of our notoriously weak-willed PM being manipulated by his backroom masters into saying mean things about his rivals? If only Harper had the gumption to exert some control over his government! Alas, the poor man is but a puppet of the 37 different communications directors he’s summarily fired.

Interestingly, despite this whole “going negative” thing being forced upon him in place of his unfailingly sunny disposition, Harper somehow managed to get into it. The attack reached its zenith when the PM painted a picture of what life would be like under a Trudeau government. It made The Purge seem like a romantic comedy. Economic collapse! Criminals running rampant across the land! Mandatory weed smoking by babies!

To be fair, much of the rest of Harper’s speech offered praise for those he deemed deserving. Here is an alphabetical list of those so deemed: Harper, Stephen.

It would appear the PM’s opinion of himself is higher than ever. Let’s take a moment and examine some of his claims in ascending order of egomaniacal delusion:

“All your contributions in time, money and prayers—all the sacrifices you’ve made to put and keep a Conservative government in Ottawa—have been worth it.” Ladies and gentlemen, allow me to appear to compliment you by, in fact, complimenting myself—what fine taste you have in legendary prime ministers!

“Never in Canada’s history have the goals of hard-working families been so central to the agenda of the federal government.” That’s right: Never. Not even once. Why, until Stephen Harper came along, foolhardy federal governments had for 140 years habitually tailored their policies to help only deadbeats, parrots and ghosts.

“Our economy is rock-solid . . . it is the model for the world’s most advanced nations.” This has become a theme of Harper’s oratory. It’s not enough for Canada to be doing okay. Others must be made to marvel at and learn from our brilliance. Do you have a pen, other nations? You’re going to want to write this down. Lately, the PM has been coming across like the Alec Baldwin character in the Glengarry Glen Ross movie: You have the nerve to call yourselves post-industrial economies? Put that coffee down, other nations. Coffee is for fiscally stable democracies!

“From what I see as [I] look around the world, Canada has no choice but to be strong.” BURN! Our man Steve totally burned you, global community! You are all so weak and useless that we literally have no choice but to be extra awesome. Would Canada like to kick back, relax a little and maybe be just half-decent for a few decades? You’re damn right we would. But there’s no time, what with your bumbling incompetence and general, all-round dickwhackery. Countries of Earth: Can one of you please be strong for, like, five minutes, so Steve can take a break?

“The best country and the best government in the world is right here, Canada.” The “best country” line is boilerplate stuff. But the best government? In the world?? That’s high self-praise, indeed. Clearly, our PM believes that late at night, far across the ocean, Angela Merkel is tossing and turning in bed, thinking: “If only I had someone of the calibre of Pierre Poilievre to manage my democratic reform agenda—then my administration would really be cooking!”

So to sum up the world according to Stephen Harper: former federal governments here at home? Hopeless. All other governments on the planet? Inferior. Every other advanced economy? Feeble.

Then again, maybe that’s just what the PM’s “people” are forcing him to say.