The trailblazing MP came to Ottawa to make change where she knew it mattered. Over 13 years in federal politics, she paved the way for so many others.

When Jean Augustine arrived on Parliament Hill to be sworn in as an MP representing Etobicoke-Lakeshore in 1993, she was accompanied by two busloads of supporters there to witness her oath. But she also brought along, and kept with her throughout her 13 years in federal politics, a much bigger, albeit invisible, contingent: students (especially those who really needed what school could offer them), women blazing difficult career trails, single mothers and Black Canadians.

Those people she knew or had worked with or had been herself shaped the roadmap for what she worked to accomplish in the House of Commons.

“All the things that I’d been doing over the years, it seemed to me that resolutions to a lot of those situations had to be in the political arena,” says this year’s Lifetime Achievement recipient for the Maclean’s Parliamentarian of the Year Awards. “That it was people in power places that were making decisions that affected the lives of so many.”

She became an MP in her 50s, with a long career in education and community activism behind her, so she didn’t arrive in Ottawa chasing cabinet positions, Augustine says, but rather looking to craft real change in small, focused areas where she knew it mattered.

RELATED: The finalists for the Maclean’s Parliamentarians of the Year Awards

There are two accomplishments she readily points out as her proudest moments. The first was working with Sheila Copps to remove the rule that restricted statues on Parliament Hill only to dead monarchs or nation-building prime ministers; that change paved the way for Augustine to bring forward, as chair of the National Liberal Women’s Caucus, the motion that resulted in the Famous Five statue commemorating the women who fought the “Persons Case” for political equality. The second pride of her career was advancing the motion in 1995 that established February as Black History Month in Canada.

Augustine was elected as Canada’s first Black female MP, and in 2002, when she was named secretary of state for multiculturalism and status of women, she became the first Black woman in cabinet. She was always conscious of that extra mantle and the expectation of carrying the concerns, aspirations and potential of her community with her every time she walked onto the floor of the House of Commons.

“When you say you’re first, everybody looks to you,” she says. “I think every Black person in Canada at the time thought that they had sent me to Ottawa.” She and her staff joked for years about the first letter they got once they set up her office, from a Black man in prison in B.C., who wrote to say, “Now that you’re elected, get me out of here.” 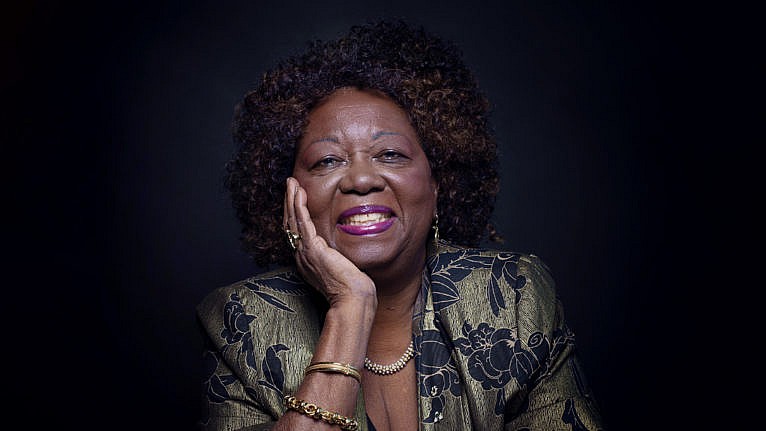 Politics was a later career chapter—and one she shrugged off multiple times when the idea was suggested, as many women do, she notes.

From childhood on, Augustine was a natural teacher; growing up in Happy Hill, Grenada, every time she and her friends played school, she was the one brandishing the books and paper. After high school, she immigrated to Canada as a nanny through a Canada-Caribbean domestic work program, attended teachers college and taught for years before becoming an administrator. There followed stints on the Canadian Advisory Council on the Status of Women and as chair of the Metro Toronto Housing Authority, before she was elected as MP.

In some form or another, education is the thread that weaves through Augustine’s entire life and career. Her grandmother—a family matriarch in the truest sense of the word—was the one who saw Augustine’s potential early and made sure she had the ambition and opportunities to fully inhabit it.

“She was always saying to me, ‘Education will raise the family’s nose,’ and I never knew what that was,” Augustine says. “But I know now what was being implied there, that through education you can get yourself into places and into a lifestyle, and financially, not only helping yourself but helping the rest of the family, and moving the family along as you move along.”

That grandmother was the first one to tell Augustine, “You can do it.” And then her granddaughter went on to carve out a career of teaching and advocacy and the sort of smart, focused, difference-making politics only someone who knows the road is capable of practicing.

“My whole career has been such that I try to make it possible that others could walk along something that I would say I mowed and paved the way for,” she says.