Opinion: To strike a deal that's good for the country, Canada has to be willing to walk away from the negotiating table 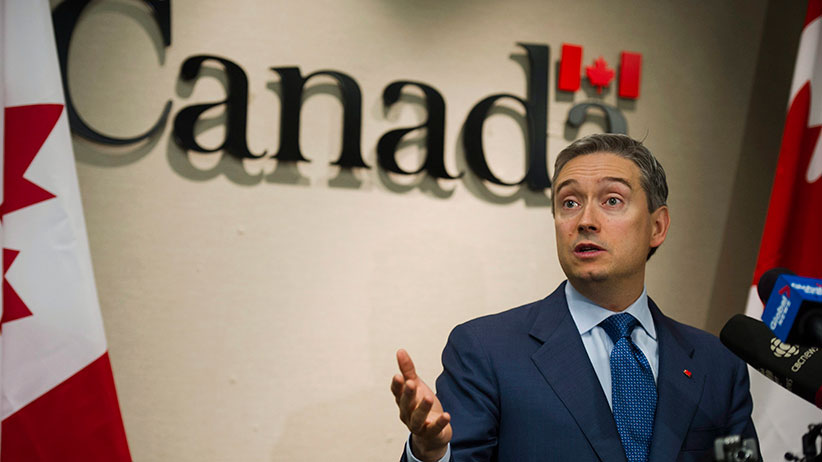 Minister of International Trade Francois-Philippe Champagne speaks to press about the Comprehensive and Progressive Agreement for Trans-Pacific Partnership, in Toronto on Tuesday, January 23, 2018. THE CANADIAN PRESS/Christopher Katsarov

Mike Moffatt is the director of research and policy at Canada 2020 and an assistant professor in the business, economics and public policy group at Western University’s Ivey Business School

Canadians woke up Tuesday morning to find that the eleven remaining Trans-Pacific Partnership countries have reached an agreement. It is expected that the revised deal, now called the Comprehensive and Progressive Agreement for Trans-Pacific Partnership (CPTPP) will be signed in Chile in early March. Judging by social media, beef and pork farmers are delighted that they will have access to growing overseas markets, whereas Canadian auto parts companies are concerned the deal will encourage Japanese automakers to assemble cars in Asia and ship them to Canada, rather than assemble them in Canada, using Canadian-made parts. Initial reactions aside, without a complete text of the deal, including the various side letters, we cannot know the impact of the deal. We can, however, draw a couple of broad lessons from the negotiations and how they played out in the Canadian media.

The first lesson is that refusing to sign a deal does not necessarily kill the deal, nor is it necessarily a strategic error. After Canada refused to sign the TPP deal put on the table in Vietnam last year, the general consensus was that the country had either bungled or sabotaged the deal. Yet, just a few months later, we have an agreement. This is a common theme in Canadian trade negotiations. Just two weeks before the original Canada-US Free Trade Agreement was reached, Canada’s trade negotiator Simon Reisman, called off trade talks, leading the head of the Canada’s National Council on Business Issues to state “it would take a minor miracle to turn this around.” We need to remember the wise words of trade theorist Yogi Berra: “It ain’t over till it’s over.”

The second lesson is that negotiation power is, in part, proportional to one’s ability and willingness to walk away from the table. One of my favourite Business School concepts is known as BATNA: Best Alternative to a Negotiated Agreement. In a thought-provoking essay, Brad Spangler explains how being willing and able to walk away from the table (thanks to a strong BATNA) is vital in any negotiation:

Having a good BATNA increases your negotiating power. If you know you have a good alternative, you do not need to concede as much, because you don’t care as much if you get a deal. You can also push the other side harder.   If your options are slim or non existent, the other person can make increasing demands, and you’ll likely decide to accept them–because you don’t have a better option, no matter how unattractive the one on the table is becoming. Therefore, it is important to improve your BATNA whenever possible.

One of the worst mistakes you can make in negotiating is undervaluing your BATNA or feeling that you must sign a deal at any cost. By showing a willingness to walk away from TPP, Canada was able to obtain, in the words of the Minister of International Trade an “improved arrangement on autos with Japan, along with the suspension of many intellectual property provisions of concern to Canadian stakeholders.” Without being at the table, we cannot know the degree to which this deal differs from the one Canada walked away from in Vietnam, but we can be sure that changes were made.

It will be important to keep these lessons in mind during the ongoing NAFTA negotiations. While it is in Canada’s interests to complete a deal with the United States and Mexico, it is not in our interests to simply sign any deal that our trading partners put under our noses. Canada will show a willingness to fight for its interests, even at the risk of being accused of bungling or sabotaging a deal.