Why we must expand our mission into Syria 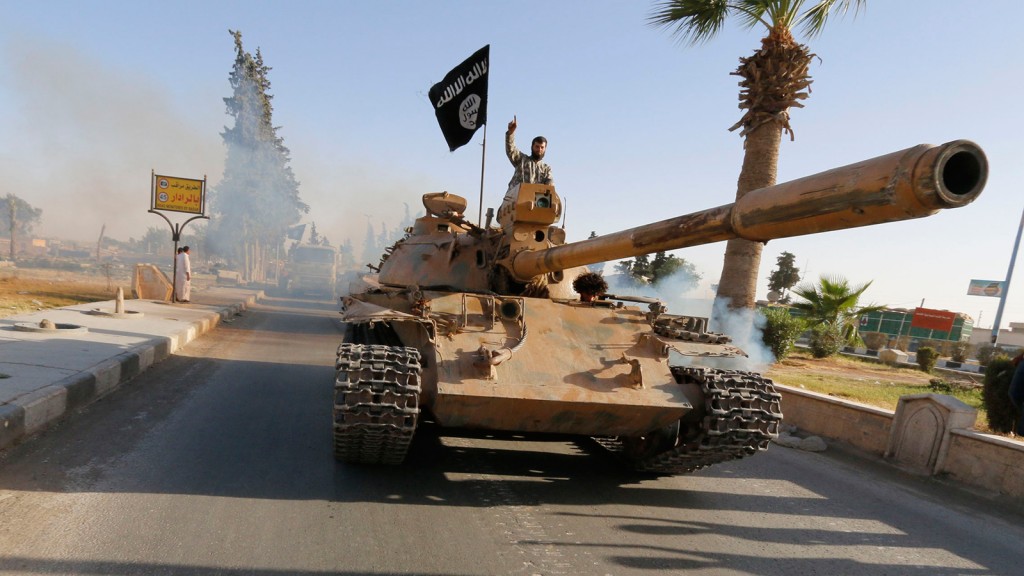 A Globe and Mail editorial has outlined the paper’s opposition to the expansion of Canada’s mission into Syria. I’ve tried elsewhere to articulate why, on balance, I think the expansion is good, if insufficient. But I’d like to specifically address a couple of the Globe’s arguments.

The Globe asks: “In Syria, who would Canada be fighting for?”

The short answer is: “Syrians.”

Such calls to solidarity with people far away who are crushed by fascism don’t much feature in Canadian political debates these days.

NDP Leader Thomas Mulcair says the war in Iraq is not “ours” — which is true only if we also believe that Iraqi and Syrian victims of mass rape and ethnic cleansing are not “us” either. The left in Canada has an admirable history of internationalism, but also of navel-gazing isolationism, which is what Mulcair appears to be tapping. “European troubles are not worth the bones of a Toronto grenadier,” CCF co-founder Frank Underhill opined in the 1930s. He was later made an officer of the Order of Canada.

The Liberals once championed the notion of “responsibility to protect.” Some have evidently not forgotten. Members of Justin Trudeau’s caucus rose listlessly to their feet in the House to applaud his speech opposing the mission. They didn’t look proud.

Related: Paul Wells on how Justin Trudeau is doubling down

The Conservatives, for their part, have exaggerated the threat Islamic State poses to Canada as part of their efforts to sell the war. The threat is real, but mostly indirect, and small. The more compelling reason to fight Islamic State is to protect those it seeks to kill and enslave. When halting genocide isn’t sufficient cause to endorse a military mission consisting of only a handful of planes and soldiers, we’ve shrunk as a country.

Related: What the party leaders said about expanding the war against ISIS

The Globe, to be clear, isn’t arguing that Canada shouldn’t help Syrians, but that Canada doesn’t have a “significant ally on the ground” there.

It must be frustrating to be a Syrian revolutionary, or armed fighter. For years, they have been dismissed as al-Qaeda by Syrian dictator Bashar al-Assad, and as “former doctors, farmers, pharmacists and so forth” by American President Barack Obama.

In fact, Syria’s original revolutionaries had a wide and deep democratic streak. And because most Syrian men have military experience due to the draft in that country, many Free Syrian Army fighters are former soldiers. Many others were in the army when they defected to the opposition.

It is true that many of Syria’s original revolutionaries are now dead, in exile, or embittered by the West’s abandonment of them. But we do still have friends.

Among them are the Kurdish YPG forces, and some allied militias, in Syria’s north. With the help of American air strikes, they freed the besieged city of Kobani and averted a certain massacre there earlier this year. They have carved out three enclaves, dubbed Rojava, including a large one in the northeast that borders Iraq.

Related: Inside the triumph at Kobani, and the reality that awaits

Last year, in northern Iraq, I interviewed Gharib Hassou, a spokesman for the YPG’s political wing, the PYD. He said the group is devoted to pluralism and tolerance.

It’s not easy to report from Rojava, but Ottawa Citizen columnist Terry Glavin has done so. He describes a proto-state where these values are lived.

“Here, we are Muslims and we are Christians. It is not important, really,” said Ratas Shimon, the Assyrian Christian owner of a restaurant/swimming pool/wedding-hall complex whom Glavin interviewed in the town of Derike. “We live with each other as brothers and sisters, and I live in freedom and equality. Why would I want to go to Europe or America?”

There are aspects of PYD politics, including an unwavering devotion to Abdullah Ocalan, leader of their sister party in Turkey, with which I’m uncomfortable. But that’s hardly the point. They’ve proclaimed a commitment to democracy. They’ve demonstrated a commitment to gender equality. They have heroically stood against Islamic State and protected those within territory they control. They are, or should be, our “significant ally.”

The Globe also argues that Islamic State’s “main adversary” is the government of Bashar al-Assad. If this were true, all parties in any war should wish to be so lucky.

Assad and Islamic State are not opponents; they are unofficial partners sharing the same short-term goal of eliminating Syria’s non-jihadist opposition, and for this reason they’ve mostly left each other alone.

Assad’s forces have killed far more Syrian schoolchildren than Islamic State jihadists. Islamic State has suffered more casualties in Syria at the hands of revolutionary Kurds than the Syrian army.

Assad has always tried to frame Syria’s civil war as a conflict with only two possible outcomes: a victory for his regime, or for radical Islamists. Syrians deserve a future free of both.