Time for real answers on the Nova Scotia mass murder

Paul Wells: A full judicial inquiry into the April shooting is now essential. It must be robust, with real power to get to the truth. 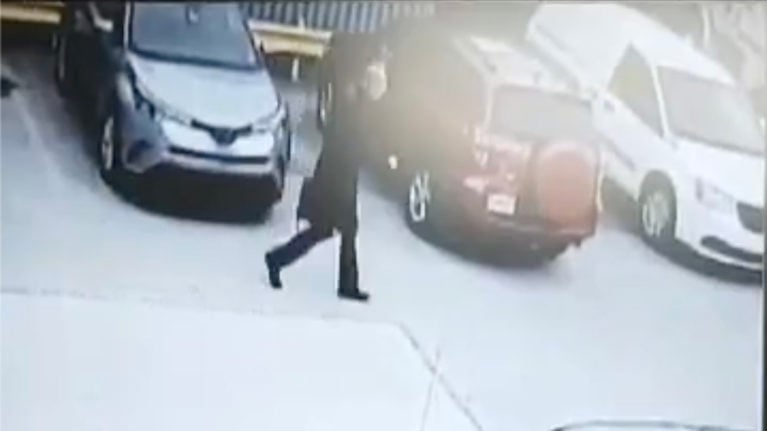 A still from a video showing Gabriel Wortman in the Brink's yard on March 30, 2020.

We are faced, perhaps only temporarily, with a familiar Canadian paradox: everyone says they want something to happen, but it isn’t happening.

The “something” is a rigorous public inquiry into a horrible shooting spree that spanned two days and killed 22 people in Nova Scotia in mid-April. It was the worst mass murder in Canadian history. It was lurid in its weirdness. The gunman, Gabriel Wortman, spent two days driving around in a convincing replica RCMP vehicle, shooting at whim, while the force he was imitating and dodging failed to send out a more comprehensive emergency alert than their Twitter warnings, one that might have saved more lives. In the midst of the carnage, two actual RCMP officers apparently fired their weapons into the walls of a firehall in Onslow for reasons that remain unknown.

New reporting for Maclean’s by Shannon Gormley, Stephen Maher and Paul Palango raises troubling new questions about Wortman’s possible ties to organized crime and, especially, to the RCMP itself. This reporting is attracting a lot of attention and, here and there, vigorous online debate. This Twitter thread, for instance, asks hard questions about our latest story.

The questions raised by our investigative team including Paul Palango, author of three best-selling books (here, here and here) about the troubling history of the RCMP, are backed by a solid and growing network of well-informed sources. But past a certain point, even superb reporting can’t provide authoritative answers. That work is properly left to duly mandated public authorities, usually wearing judges’ robes. Some people, reading the most recent Maclean’s reporting, have said the RCMP has a lot of questions to answer. Unfortunately there is no reason to take any answer from the RCMP on faith. It’s time for a full judicial inquiry.

READ MORE: The Nova Scotia killer had ties to criminals and withdrew a huge sum of cash before the shooting

Everyone agrees! From Nova Scotia premier Stephen McNeil to the latest embattled RCMP commissioner to three Trudeau-appointed Nova Scotia senators to anguished families of the murdered to, I mean sort of, the Prime Minister. But so far there is no inquiry.

As is reliably always the case with this Instagram-obsessed and reflexively stonewalling regime, the best information about what the Trudeau government is up to is coming from somebody else, in this case the Nova Scotia government. An inquiry’s coming soon, Nova Scotia attorney general Mark Furey said two weeks ago. Really soon, he said on Thursday. (It’s unclear why Furey hasn’t been working with his direct counterpart, the attorney general of Canada, who is reputed to be David Lametti, although on most days it’s hard to be sure. On the bright side, I can report that Lametti has been kayaking.)

Unfortunately even the noises emanating from the McNeil government, the second-last Liberal provincial government in the country, are unnerving. There is much talk about a “restorative” approach that would investigate broad societal issues. But in many cases the families of the murdered aren’t crying out for a healing circle. They are demanding answers on the facts. “The amount of information being kept from us is deplorable,” Darcy Dobson, whose mother Gabriel Wortman shot dead, told the CBC.

So with all due respect for the complexity of setting up any inquiry, it is time for Justin Trudeau to make Mark Furey’s repeated predictions of a joint federal-provincial inquiry come true. The inquiry must be robust, with real power to get to the truth, and no stonewalling. Which means it will need to constitute a surprising and wholly uncharacteristic act of transparency from this Prime Minister.

What we are used to seeing from this Prime Minister is Liberal MPs on the Justice committee enforcing a coverup in the SNC-Lavalin affair. We are used to the ethics commissioner reporting that nine witnesses with material information were forbidden from testifying by the Privy Council Office. We are used to this Prime Minister responding to the Nova Scotia killings by trying to tell reporters what they could and couldn’t report. We are used to a Prime Minister who has replaced Question Period in the House of Commons with daily briefings to reporters whose tone is deferential, who are limited to a single follow-up per question, and who don’t get to speak until Trudeau has announced the latest injection of dozens of millions of dollars into the national mood. Canadians see this Prime Minister, and they are used to watching him be the only person in a crowd who thinks he is answering a question.

That’s not good enough now. It’s time for a real inquiry with real powers to provide real answers to a slaughter whose central figure’s ties to the federal police force that took two days to stop him are in question. Now, please.