Today on the Justin and Jody show 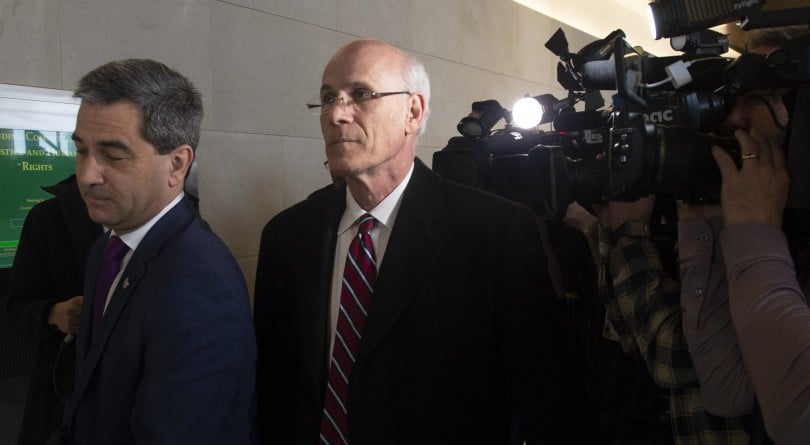 Congratulations if you had “Canada’s top civil servant rides to Justin Trudeau‘s rescue against Jody Wilson-Raybould” on your SNC-Lavalin Bingo cards.

Appearing before the justice committee, Privy Council Clerk Michael Wernick said there was nothing to the idea that when Wilson-Raybould was Canada’s attorney general the PMO tried to pressure her into helping SNC-Lavalin avoid criminal prosecution for fraud and corruption.  “At every opportunity, verbally and in writing in December, the prime minister made it clear that this was the decision for the minister of justice to take. She was the decision-maker,” he declared. He blasted the Globe and Mail story that first raised the allegations of political interference, saying it “contains errors, unfounded speculation and, in some cases, is simply defamatory.” And he praised Trudeau and his staff for their integrity: “You may not like their politics or their policies or their tweets but they have always been guided by trying to do the right thing, in their own view, in the right way.” (Canadian Press)

Wernick also used his testimony to go well beyond the question of political interference in the SNC-Lavalin case, warning darkly that “somebody’s going to be shot” during the next Federal election campaign, that “trolling from the vomitorium of social media” was making its way into the “open media arena”, and without naming him he singled out Conservative Sen. David Tkachuk who urged the yellow-vested convoyers who descended on the Hill this week to get in their trucks and “roll over every Liberal left in the country. Because when they’re gone, these bills are gone.” Wernick called the Senator’s words “totally unacceptable,” given the Toronto van attack, and said “I hope that you as parliamentarians are going to condemn that.”

Incidentally, Conservatives who fell into fits earlier this month when Liberal MP Adam Vaughan extended a whack-a-mole analogy to suggest someone should “whack” Ontario Premier Doug Ford—whack being what the mobsters say when they kill someone, in case you didn’t know—have been silent on the Conservative Senator’s call for truckers to drive around the country ploughing down Liberals. Candice Bergen, we’re looking at you.

Also, fun fact: no one has ever used the word “vomitorium” on the Hill before, according to Hansard and the Library of Parliament.

Wernick’s statement was overtly political, coming from a civil servant, which didn’t go unnoticed. “Fine. I’ll just say it. Parts of this performance are why politicians like Stephen Harper can plausibly argue the Canadian Public Service is the Liberal Public Service,” tweeted constitutional scholar Emmett Macfarlane. “Some of the Clerk’s comments today amount to cheerleading for the current government.” (Twitter)

Then Wernick made the link to how Canadians might process news of Wilson-Raybould and SNC-Lavalin. “I think Canadians need to be assured,” he said, “that their police and investigators with the powers of the state operate independently, and that the prosecution services—the state charging people with offences—are completely independent.”

He stressed repeatedly that even though SNC-Lavalin had aggressively lobbied the federal government, the company never did manage to get the remediation agreement it so badly wanted. Wernick was eager to put on the record the fact that he personally refused to meet with the company more often than he agreed, and even walked out of a National Arts Centre gala last Oct. 3—an event headlined by pop singer Diana Ross—to avoid proximity to SNC-Lavalin executives. (Maclean’s)

On the question of whether Wilson-Raybould will be able to speak freely next week when she appears before the committee, current Attorney General David Lametti, who also testified Thursday, wouldn’t give an answer. (Global News)

Every time Justin Trudeau has tried to free himself from the SNC-Lavalin affair with a new explanation, Wilson-Raybould has been there to hem him back in, writes Andrew MacDougall:

To date, there have been several ifs, many ands, and one lost (Gerry) Butts —with no end in sight. And the next cut might just be the deepest: on Monday Jody Wilson-Raybould rolls into Justice Committee looking to “speak her truth”.

Tariffic news: We’re not sure exactly when Canada ceased posing a national security threat to the United States, but apparently we’re a more docile lot now, and the Trump administration is ready to remove the tariffs on Canadian steel and aluminum that have mostly served to make things more expensive for Americans. Canada’s ambassador to the U.S., David MacNaughton, said he’s confident the tariffs will be lifted “in the next few weeks” though he hasn’t said why he thinks that. If the tariffs aren’t lifted, Ottawa might just forget to proceed with legislation to implement the USMCA treaty, suggested Transport Minister Marc Garneau: “We will be doing some serious thinking about whether we want to proceed forward with it … you know the situation with respect to steel and aluminum is not yet resolved.” (Global News, CBC News)

Double Dipper departure: Two more NDP MPs have announced they won’t be running in the next election. Marjolaine Boutin-Sweet and Anne Minh-Thu Quach, who both serve ridings in Quebec, bring the total number of New Democrat drop-outs to 11. (Canadian Press)