Tom Mulcair digs in his heels, looks at his future as NDP leader 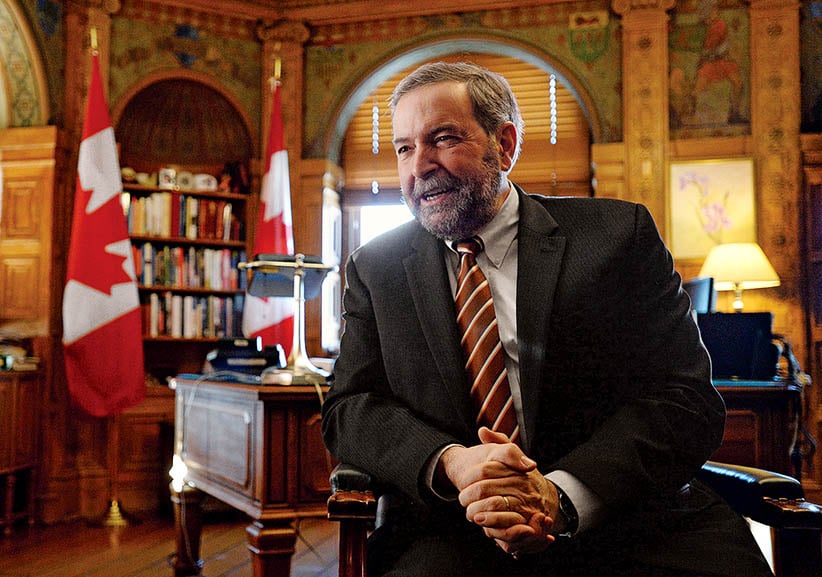 OTTAWA – Tom Mulcair found himself fending off questions about his political future Monday ahead of his party’s two-day caucus retreat in Montebello, Que.

Mulcair insisted he remains fully motivated as leader, even though the memory of last October’s devastating election result — which reduced the NDP to third-party status in the House of Commons — is still fresh.

“I’m energized after the break and excited to get to work with our caucus as we prepare for the next session — the real first session of this new Parliament,” Mulcair told a news conference in Ottawa.

“I got into politics to fight the inequality and the injustices that I’ve witnessed my entire life. That’s what still drives me and inspires me today.”

The NDP is taking an aggressive approach to issues such as the controversial Trans-Pacific Partnership trade deal as it searches for a way to challenge the new government while restoring the faith of its left-leaning political base.

Although he’s been NDP leader since March 2012, Mulcair rose to prominence in the Commons at the height of the Mike Duffy scandal, using his prosecutorial style to press then-prime minister Stephen Harper during question period.

Now that Harper is no longer prime minister, Mulcair and the NDP need to once again find their feet.

“It has been three months (since the election), almost to the day,” said Mulcair. “I am going to continue that hard work, taking nothing for granted.”

Mulcair, who faces a leadership review at the party’s upcoming convention in April in Edmonton, said the NDP is the only party in Canada that systematically gets together every two years to decide whether to revamp its leadership race.

“It will be the same thing this time,” he said.

The NDP’s constitution calls for a secret ballot at the convention; if more than 50 per cent of the ballots call for new leadership, a vote it must be held within a year.

Mulcair gave no indication Monday whether he would resign if he had less than 50 per cent of the support of the party’s rank-and-file.

New Democrats are still going through the process of reviewing what happened in October election, where they were reduced to 44 seats in the House of Commons after starting the 11-week campaign with 95 seats and a strong head of steam.

“I’m also going to be meeting with the executive of the party over the weekend and I will be off to points west to continue the hard work that I’ve already started in wake of the election — engaging with and listening to our base, the activists who make up the party,” Mulcair said.

“That, for me, is extraordinarily important in this exercise.”