In lieu of caucus strategy meetings, Rona Ambrose and other Tory MPs will solicit input from members 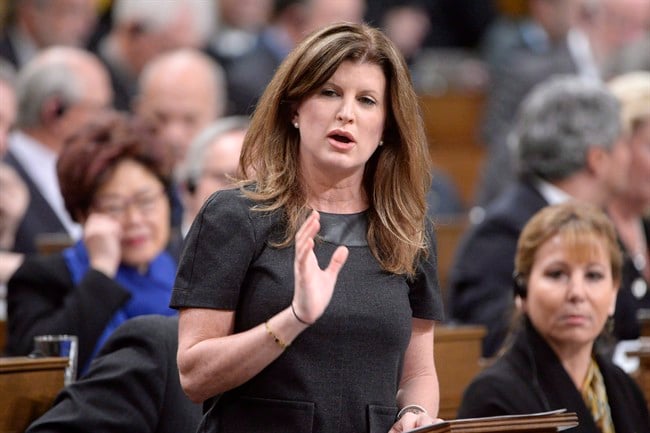 Rona Ambrose asks a question during question period in the House of Commons on Parliament Hill in Ottawa, on Wednesday, Dec. 9, 2015. Interim Conservative leader Ambrose will be on a national tour next week ahead of the winter session of Parliament. (Adrian Wyld/CP)

OTTAWA – Interim Conservative leader Rona Ambrose is on a national tour this week ahead of the winter session of Parliament.

While both the governing Liberals and New Democrats have strategy sessions planned for their respective caucuses, the Conservative are taking a different approach.

Rather than meeting to plot their own course, Ambrose and other Tory MPs are fanning out to solicit input from their own members and others about how to move forward this year both as a party and as the Opposition.

The Conservatives saw their support among new and first-generation Canadian communities, especially in the Toronto-area, erode dramatically last fall and are aiming to rebuild those constituencies as part of their growth efforts.

But it’s the business community Ambrose will be largely focusing on in the coming weeks. She will speak to the Canadian Club in Toronto on Monday, followed by visits to Manitoba and B.C. business organizations, with party events and interviews with local media on the way.

“This is an opportunity to get out of Ottawa, engage with the people that supported us, but also the people that didn’t support us in the last election and speak to them about where we are headed in the next four years,” said one official, who was not authorized to discuss the plan publicly.

Related: How Ambrose is setting the tone for the Tory leadership race

Ambrose’s tour comes as the party is still figuring out the rules for the selection of a new permanent leader, a vote that’s unlikely to take place before 2017.

The party’s executive has been hammering out that process behind closed doors ever since Stephen Harper stepped down after the Tories lost the Oct. 19 election.

There’s been grumbling already about who is in control of those rules, with some party insiders concerned they’ll be set up to favour particular candidates.

Several MPs have signalled they’re eyeing a run, former justice minister Peter MacKay has also been spotted at party events in the Atlantic provinces, and last week, a high-profile outsider mused about tossing his own hat into the ring.

Businessman and TV personality Kevin O’Leary — after getting into a public spat with Alberta Premier Rachel Notley over how she is managing Alberta — said he may consider a run at the job.

Related: Kevin O’Leary explains why he can run for PM without French

In an interview, O’Leary said he thinks Canada needs the economic stewardship that only those with experience in the private sector can provide.

“You can’t be effective unless you are a leader,” he said. “I don’t see any other party right now shopping for leadership. Let’s be pragmatic, I know the NDP won’t be returning my calls.”

The party is also looking ahead to a spring convention in Vancouver, which will be a chance to refresh the policy play book ahead of the leadership campaign and vote.