Toxic politics, spite and lies divide America ahead of the mid-terms

Nov. 5: A deep dive into a deeply divided nation, and why we shouldn't expect to be surprised by the outcome of the mid-terms 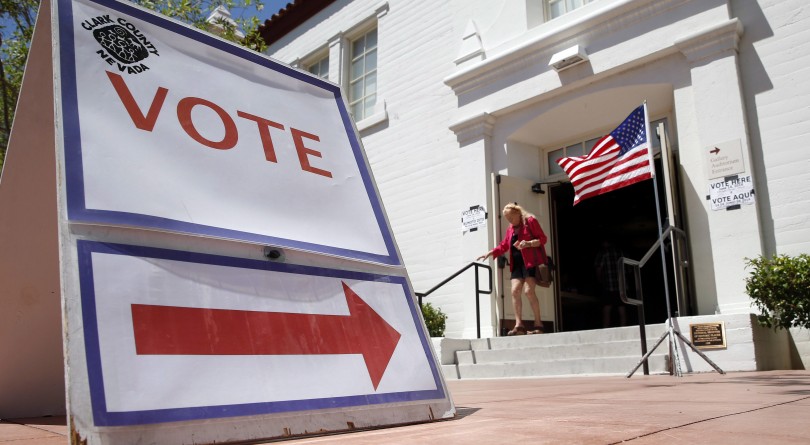 Americans go to the polls for midterm elections tomorrow. It’s no exaggeration to say the country is more divided than ever before. The best place to see that is on the ground, in the communities torn apart by political toxicity. In Virginia, Allen Abel finds a place split by the invisible borderline “that twists across the American landscape, dividing conservatives from liberals, Republicans from Democrats, ivory towers from factory towns, moneyed enclaves from boarded-up storefronts, avocados from cornbread, post-docs from post-hole diggers, and mothers from their own baby girls.”:

Last Wednesday morning, it was easy to pinpoint the dividing line between red and blue America—it was South Main St. in the little town of Blackstone, Va. down almost to the North Carolina border. In a pastel gourmet café on one side of the street was the Democratic candidate for the 7th District, and on the other side of the street, in a black-walled brew pub, was the Republican. The seat, which has been held by Republicans for the past half-century, is rated a toss-up this time. Close to $10 million has been spent on broadcast advertising across this fractional slice of the Commonwealth, nearly all of it spiteful, personal, venal, and untrue. As a whole, the Commonwealth of Virginia is so perfectly, precisely, politically divided that the swing vote in the state House of Delegates was decided by a draw of lots last December after one contest ended in a tie, 11,608-11,608. (Maclean’s)

The pundits are right that tomorrow’s vote is historic, writes Christine Sismondo. But the only way it would be surprising is if the Democrats fail to gain seats:

In fact, presidents have gained seats during the midterms only three times in the last 100 years. Moreover, a closer look at the number of seats the president’s party has lost over the last 25 elections reveals that 16 midterm elections—nearly two-thirds of them—were “wave” elections, where wave is defined as an election in which 20 or more seats change hands. If the midterms can be considered a referendum on the President, then history shows that Americans sure experience a lot of buyers’ remorse. And after every major wave, there’s a lesson to be learned that appears to be continually forgotten: a voter’s job is never truly done. (Maclean’s)

Weirdos not welcome: The People’s Party of Canada, Maxime Bernier’s fledgling upstart, is asking all riding association members to pledge not to embarrass the new party. Riding officials are being  told to sign a pledge that they “have done or said nothing in the past, and will do or say nothing in the future, that would embarrass the party.” As a PPC spokesperson told CBC, the pledge is part of the party’s effort to make sure “people who have done weird things in the past, or done bad things in the past, will stay away from us.” (CBC News)

Canada’s former chief statistician says Statistics Canada botched the rollout of its plan to dig into people’s banking records. Ivan Fellegi, who retired in 2008, told the Globe and Mail the agency hasn’t done a good job explaining to Canadians that the quality of data currently collected through surveys has deteriorated badly. He notes the survey on household spending, which helps determine Canada’s GDP, is now unreliable. “It’s moving markets. It’s a major, major important survey, but it’s so onerous that people are refusing to complete it in increasing numbers. Now, the response rate is not even quite 40 per cent. When 60 per cent of the population [asked] doesn’t respond, the data is likely to be very biased, unacceptably biased. So something needed to be done and [obtaining banking records] is the only viable alternative in sight, but the rollout didn’t really … explain properly to Canadians why we are into what is definitely a violation of privacy.” (Globe and Mail)

Donald Trump’s former campaign manager says if Justin Trudeau faced the same caravan of refugees as the president does, Trudeau would act no differently. “Canada would never allow 100,000, 10,000 or 5,000 people to simply come into their country illegally without knowing who those people were,” Corey Lewandowski told Global News, shortly after it was pointed out to him that 36,000 irregular asylum seekers have crossed the border from the U.S. to Canada over the past two years. (Global News)

Aging rocker and right-wing activist Ted Nugent also has some thoughts about what’s on Trudeau’s mind, at least when it comes to legalizing pot. “Canada’s absolutely crazy. I love my Canadian friends, but Trudeau is comfortably numb. And when you’re comfortably numb, you make stupid decisions.” (Ultimate-guitar.com)