They got a schooling in the meaning of consultation. But can their opponents credibly claim they'd do any better? 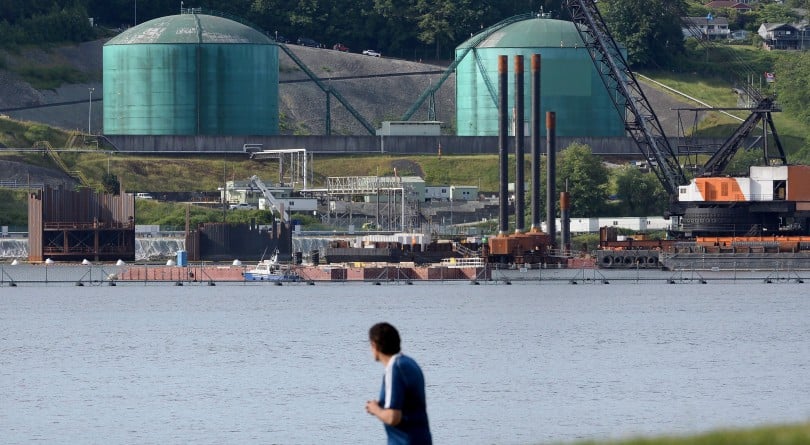 Kinder Morgan's Trans-Mountain marine terminal, located in Burnaby, B.C., is pictured across the water as a person walks through Cates Park in North Vancouver, B.C., on Tuesday, May 29, 2018. THE CANADIAN PRESS Jonathan Hayward

As the shrapnel of the Federal Court of Appeal’s pipeline ruling was still hitting walls, floors and investment portfolios on Thursday, aggrieved oilpatch and conservative types asked aloud: can anything get built in Canada?

The answer, courtesy of the land’s second-highest court, is yes, sure. It just depends on how deft the government is at threading a giant bitumen conduit through the eye of a needle.

That had been the Justin Trudeau government’s ambition from the outset on the Trans Mountain expansion project. The Liberals would attend to the concerns of Indigenous communities, protect the environment and at the same time provide jobs for the hallowed-be-their-names middle class. And this would not, the Prime Minister and his team added, mean simply paying lip service to the project’s critics, as the Harper government before them had done. No way, Trudeau said and said and said.

But just as the appeal court dispatched with the Harper Conservatives’ handling of the Northern Gateway pipeline consultations a few years ago, the judges in this case demanded the current government do a far better job of its duty to consult affected Indigenous people. In 2016, court found the former government offered only “brief, hurried and inadequate” dialogue on Enbridge’s Gateway pipeline; judges didn’t quibble so much with the narrowness and speed of consultations on Kinder Morgan’s Trans Mountain project, but the word “inadequacies” comes up numerous times in the ruling.

In trying to learn from the lessons of the Gateway failure, the Trudeau government didn’t rush things. But it also didn’t listen to things, either, the appeal court decided. Or it did listen, but just as note-takers, as the Tsleil-Waututh Nation raised concern about marine spills, the Coldwater about its aquifer, and the Stó:lō about impacts on a significant burial site. Consultation wasn’t supposed to be a mere airing of grievances.

RELATED: Why Trans Mountain is a bad deal for Canadian taxpayers

In a 3-0 decision, that judges ruled cabinet and government officials took an “erroneous view that it could not supplement or impose additional conditions on Trans Mountain”—that is, they didn’t take it upon themselves, as decision-makers, to adjust or add to the 157 conditions that the National Energy Board placed on its approval. As much as the Liberals criticized the Harper-era process for pipeline assessment, it was wholly the Trudeau cabinet’s choice to do the same thing and just apply a rubber stamp, not an amending pen, to the pipeline approval.

If the Liberals are glum about the impact this has on Alberta’s oil sector, they should apologize to those geologists and pipefitters for not discharging their constitutional duties better. The Grits now own that failing as surely as they own the project itself. Minutes after the ruling came down, Kinder Morgan shareholders happily embraced the $4.5-billion purchase offer by Canadian taxpayers of the company’s existing pipeline, shipping terminal and a giant bundle of construction blueprints that now might as well be stowed in a Parliamentary attic for safekeeping. Finance Minister Bill Morneau spoke Thursday about closing the sale quickly, how the project is still in the national interest, how to proceed “once we get past those risks.” As the project’s de-facto new chief financial officer, he tried hard not to sound like a player in Monty Python’s parrot sketch, insisting that the bird was very much still healthy, and not pining for the fjords. Except in that famed comedic routine, the blithely optimistic character was the seller—not, like Morneau is on all taxpayers’ behalf, the purchaser of this object which now seems not nearly as useful as originally advertised.

While there’s still determination by Ottawa to keep this poor, ailing bird alive, the government isn’t yet saying if it will challenge the ruling at the Supreme Court, rather than seek simply to remedy the flaws judges found in its approval process. To successfully fight this decision, Ottawa would have to knock down its two major findings—that the government’s Indigenous consultation dialogues were disastrously one-sided, and that the National Energy Board shirked its requirement to properly consider the effect of extra oil-tanker traffic on a killer whale species in the Salish Sea. The failure to fully consider this impact actually led the appeal judges to question whether the report they delivered to cabinet actually met the legislated definition of a “report” at all (scare quotes theirs).

RELATED: Is there an upside for investors in Ottawa’s takeover of Trans Mountain?

Neither of the critical flaws the court flagged mean the whole project approvals process must restart from the beginning. The energy board may have to produce a supplement to its initial report to cabinet, and “there may be some discussion on modifying laneways,” says Martin Olszynski, an associate professor of environmental and natural resources law at University of Calgary. The court also writes that the revised consultation can be “specific and focused,” done in such a way that is “brief [ed note: hey, there’s that word again] and efficient while ensuring it is meaningful.”

Meaningful will, no doubt, mean more accommodations and modifications of the project as currently planned. That will add to the complexity and cost of the pipeline, whose earlier $7.4-billion price estimate had already appeared woefully low. Also, there’s no guarantee that any amount of bending and weaving the project to address concerns will satisfy all First Nations opponents, some of whom have called for the project’s death, not its mere improvement. But the court isn’t ordering Ottawa to seek Indigenous communities’ full permission; although the 272-page ruling has many harsh words capable of frustrating the pipeline’s progress, the term “consent” doesn’t appear once.

Now that the pipeline is federally owned, the government will have more motivation than any private player might to keep pushing it along, no matter how unwieldy the process becomes or how narrow-t0-negligible the return on investment. There was always economic interest in pursuing this project; on top that now is an investment self-interest to avoid a scenario where the feds are forced to cut losses and accept a multibillion-dollar writedown.

If the Trans Mountain pipeline ever gets twinned from northern Alberta to B.C. port, the project won’t look like it currently does, and it certainly won’t proceed on the current 2020 completion schedule. All of these court-ordered consultations and reconsiderations—or a Supreme Court appeal—almost certainly won’t have run their course by the time Rachel Notley faces voters next spring, and likely not by the time Canadians render verdict on the Trudeau Liberals in the fall of 2019.

Those two governments will have to carry the burden of Thursdays’ ruling into their elections. But they’ll each be facing conservative parties who have preached more fast-tracking and greater indifference to pipeline critics. If this project is now on life support because the Liberals weren’t thorough enough in their handling of Canada’s most contested form of infrastructure, can right-wing parties credibly claim they’ll accomplish more by doing less?