For the record: TransCanada's response to U.S. rejection of Keystone pipeline 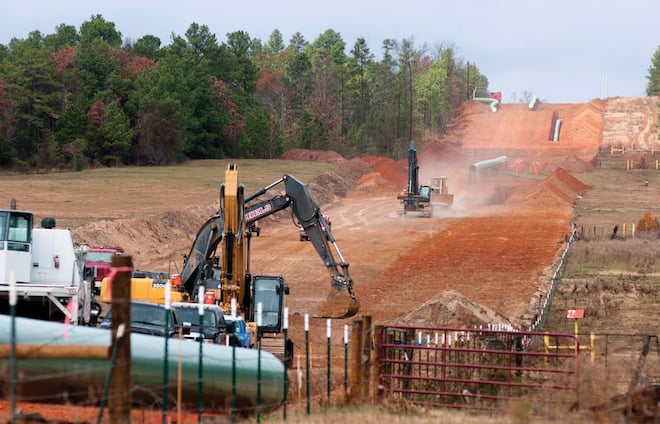 CALGARY — TransCanada Corp. CEO Russ Girling issued a statement Friday after U.S. President Barack Obama rejected the company’s proposed Keystone XL pipeline, which would have shipped oil from Alberta to Texas. Here is the text of the statement:

We are disappointed with the President’s decision to deny the Keystone XL application.

Today, misplaced symbolism was chosen over merit and science – rhetoric won out over reason.

The U.S. consumes over seven million barrels per day more oil than it produces and will continue to do so for decades, even despite U.S. oil production increases. It is disappointing the administration appears to have said yes to more oil imports from Iran and Venezuela over oil from Canada, the United States’ strongest ally and trading partner, a country with rule of law and values consistent with the U.S.

Today’s decision deals a damaging blow to jobs, the economy and the environment on both sides of the border.

Through the course of its review, the U.S. State Department issued five very comprehensive and balanced scientific reviews of Keystone XL since 2010. Tens of thousands of pages of evidence from its own employees and agencies irrefutably show Keystone XL is the safest, most environmentally sound way to transport needed energy to Americans.

These reviews further found that approval or denial of Keystone XL would be unlikely to significantly impact the rate of production in the oilsands, or the continued demand for heavy crude oil at refineries in the United States.

In addition, the State Department’s review presented compelling evidence that clearly should have satisfied the President’s stated test that Keystone XL would not significantly exacerbate greenhouse gas (GHG) emissions.

The State Department’s January 31, 2014 Final Supplemental Environmental Impact Statement also concluded that the total annual GHG emissions transporting oil by rail to the Gulf Coast is about 42 per cent greater compared to transporting that same oil through Keystone XL.

Today’s decision cannot be reconciled with the conclusions of the State Department’s comprehensive seven year review of the project.

Numerous independent studies have consistently concluded that the safest way to transport oil is in a modern, safe pipeline. Keystone XL would help replace the higher risk trucks, trains, barges and tankers currently carrying oil to market, and would provide the U.S. with energy supply security by connecting U.S. and Canadian producers to American refineries with a pipeline running four feet under the ground.

By dismissing the 9,000 jobs for Americans building Keystone XL as “only temporary”, the administration has ignored the value of infrastructure jobs and has taken away work from those who seek it. In total, some 42,000 related jobs would not be created in the U.S. value chain as a result of this decision.

Counties and communities will no longer have access, annually, for the life of the project, to hundreds of millions of additional dollars in revenue generated from taxes paid by a company that has already injected almost $200 million in tax revenue into communities along the existing Keystone route.

In Canada, the U.S. denial impacts citizens across our nation at a time when jobs, economic stimulus and competitiveness are critical for the country.

This has been a shovel ready project in Canada since it was deemed to be in the public interest by the National Energy Board in March of 2010. Keystone XL would put 2,200 skilled Canadians to work almost overnight, with thousands more workers benefiting along the full value chain. Canadian manufacturers will lose out on millions more of spin-off activity that this US$8 billion privately-funded project would provide.

We are thankful for the support of American and Canadian workers, labour organizations, industry, our shippers and, most of all, Americans and Canadians.

TransCanada is reviewing the decision and its rationale. We believe KXL is in the best interest of the United States and Canada.