Ottawa warns: travel to China at your own 'arbitrary' risk

Politics Insider for January 15: Trudeau's cabinet shuffle leaves some observers puzzled, China sentences a Canadian to death, and the real irony in Rand Paul's visit to a Canadian hospital 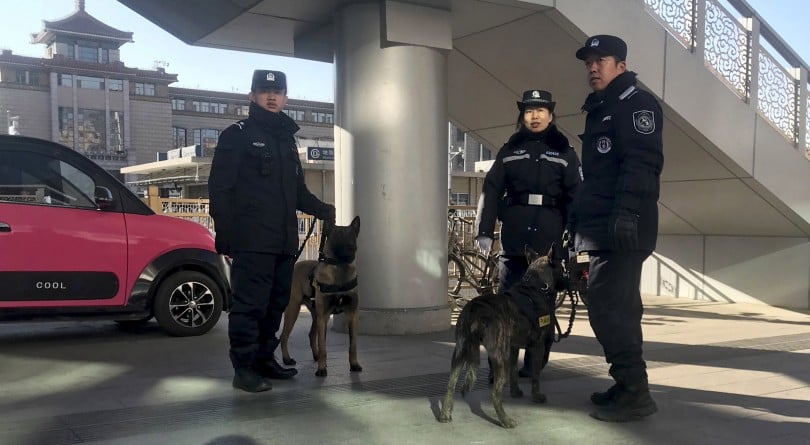 Don’t expect much in the way of grand achievements from Prime Minister Justin Trudeau’s newly-shuffled cabinet ministers, writes Paul Wells: “It’s hard to budge the trajectory of state from even a post as exalted as a seat at the federal cabinet table. And harder if the government is, as is becoming increasingly obvious to all observers, chronically stage-managed by a tiny cadre of out-of-their-league staffers.” (Maclean’s)

The most high-profile move Monday—the one that set the other dominos in motion—saw Jane Philpott move from Indigenous Services to the Treasury Board, replacing Scott Brison who resigned last week. As Wells writes, there is little symbolism in Phlipott’s rushed shuffle. The real power will almost certainly continue to reside “in a very small number of unelected staffers, whose advantage is that the PM cannot imagine shuffling them.”

Trudeau’s decision to move Wilson-Raybould from Justice to Veterans affairs looked like a demotion to a lot of people, especially in contrast to O’Regan who was seen as having failed upwards into his new role. As John Ivison writes in the National Post: “On a day of strange decisions, it was Wilson-Raybould’s unceremonious, and rather ruthless, downgrading that raises most questions.” (National Post)

Speaking to reporters after the announcement Wilson-Raybould dismissed any suggestion her portfolio change signalled a demotion—”I can think of no world in which I would consider working for our veterans in Canada as a demotion“—before embarking on a full-throated defence of her time as Justice Minister and tally of her accomplishments there. (Maclean’s)

For the record, here is what Trudeau had to say after the cabinet swaps.

And then there was one: Organizers of one of the two truck convoys that were scheduled to depart Western Canada for Ottawa next month have cancelled their journey. Canada Action, a federally registered non-profit, said its convoy is “no longer viable” and is returning the $25,000 it raised from donors. That leaves a convoy organized by Canada’s yellow vest movement. (CBC News)

A Chinese court sentenced a Canadian to death for drug trafficking Monday, after which Trudeau accused China of “arbitrarily” applying the death penalty in the case. That suggests Ottawa believes the court ruling was in retaliation for Canada’s arrest of a Chinese telecom executive on a U.S. warrant last month. (Globe and Mail)

The federal government sharpened its travel advisory for China. Canadians who plan to go to the country should “exercise a high degree of caution in China due to the risk of arbitrary enforcement of local laws.” (CTV News)

Rand Paul has compared universal health care to “slavery“, so many critics saw it as rich that the Senator will travel to Thornhill, Ont. later this month for surgery at the Shouldice Hernia Hospital. Rand’s medical visit isn’t as hypocritical as some made it out to be—Shouldice is a private hospital that provides its specialized hernia surgery to both Ontario residents covered by provincial health insurance and paying-clients from around the world (as its FAQ says, foreigners have to pay up front: “All charges are payable on admission by credit card, bank draft or cash.“) But leave it to Eugene Gu, a Tennessee doctor and outspoken Trump critic on social media, to explain the real irony: “[This] has nothing to do with Canadian socialized medicine but everything to do with wealth and privilege,” he tweeted. “Rand Paul’s reason for going to a private hospital in Canada instead of one in America is that Canada does the best Shouldice hernia repair—the gold standard for mesh-free hernia surgery. America spends the most money yet can’t train the best surgeons because of broken politics.” (Twitter, Courier Journal)