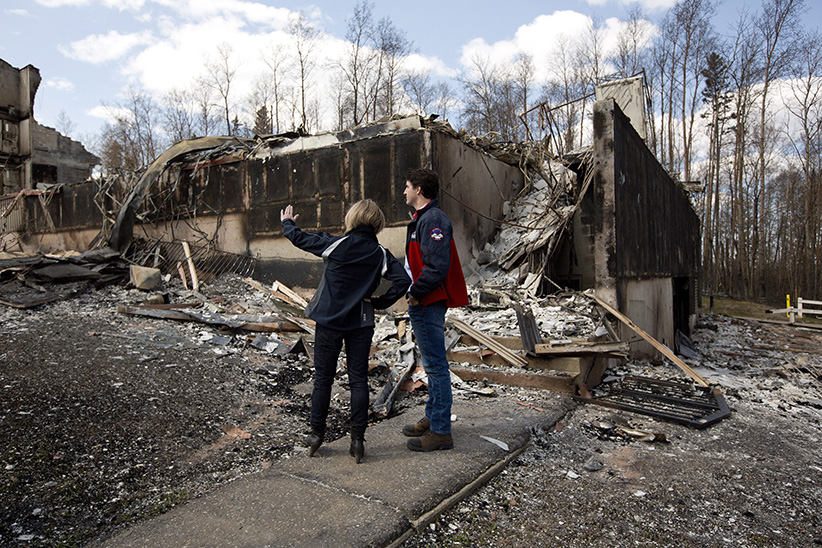 EDMONTON — Prime Minister Justin Trudeau says the government is extending employment insurance benefits to three western economic regions that were left out when changes were first made.

“More people … will be getting additional help from the federal government as we add them to the list of areas where residents will have access to extended employment insurance benefits,” Trudeau announced Friday in Edmonton.

“We said we would continue to monitor and assess the situation and act if need be,” he said. “Edmonton, southern Saskatchewan and southern interior B.C. now meet the criteria we established.”

The March budget eased EI waiting periods and added weeks of coverage in 12 parts of the country hit hard by a prolonged downturn in commodity prices.

Related: Why the new EI tax credit could do more harm than good.

But the three western regions didn’t qualify under a formula used by the government.

The Liberals were under increasing pressure to add them to the list — especially from the premiers of oil-producing provinces Alberta and Saskatchewan. Tens of thousands have lost their jobs due to low oil prices that have crept up somewhat in recent months, but are nowhere near what they were two years ago.

Notley praised the Liberals for changing EI rules in March to help many Albertans and for listening when she told them that “a little more needed to be done.”

“Your government is making … another important contribution to our province’s economic recovery,” she said.

“My kids really hate it when I nag at them, so I personally want to thank the prime minister for putting up with that and then … responding as thoughtfully and as fully as his government has.”

“This will provide some relief to those insurable workers in southern Saskatchewan who have lost their jobs due to the downturn in the oil sector,” he said.

“However, the real goal is to get people back to work which is largely dependent on the oil price, but could be helped by the approval of national pipelines.”

“We’re doing this because we’ve heard from the people in these regions,” Trudeau said. “We understand their concerns. We’ve looked at the numbers. They show that additional help is merited.

Trudeau said no other regions will be added.

The prime minister was in Fort McMurray for much of the day to see first-hand the damage caused by a wildfire that swept through parts of the city last week.

Ottawa has started fast-tracking EI claims from displaced residents and sent Service Canada workers into reception centres and nearby coffee shops to help anyone needing to file a claim.