Trudeau arrives in Tokyo ahead of G7 summit in Japan 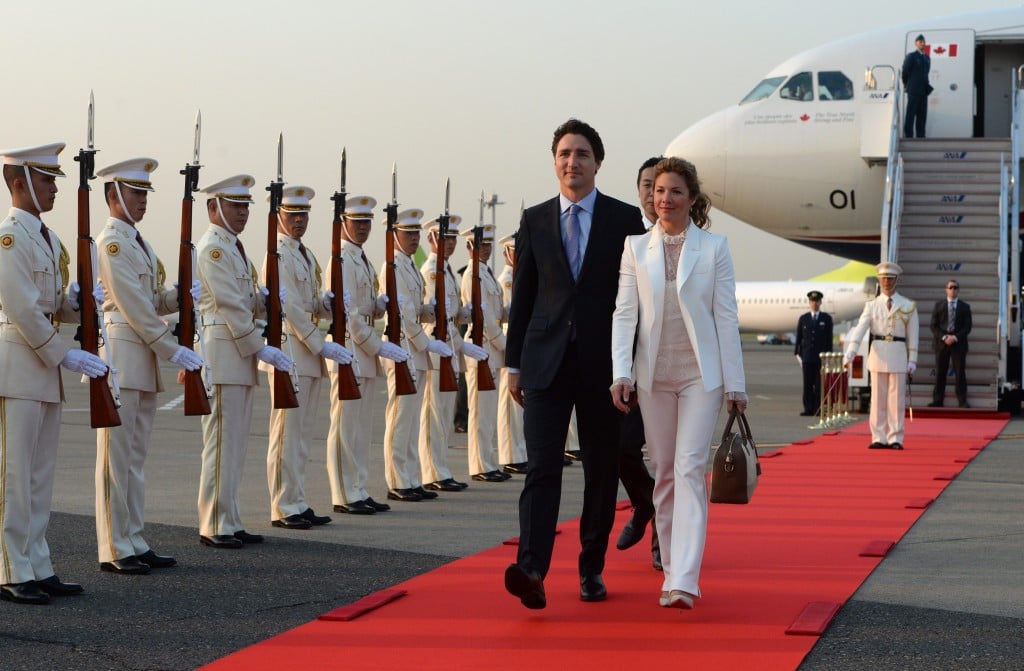 TOKYO – Prime Minister Justin Trudeau will sit down with his Japanese counterpart Tuesday to discuss the countries’ business ties as well as security co-operation before the Group of Seven summit later this week.

Trudeau’s agenda for his meeting with Prime Minister Shinzo Abe includes issues like investment, education and trade, such as the huge 12-country treaty known as the Trans-Pacific Partnership.

With hope of attracting business investment to Canada, Trudeau will also meet auto-sector executives, including the presidents of three automakers: Honda, Toyota and Subaru.

Trudeau and his wife, Sophie Gregoire Trudeau, will visit the Meiji Shrine and meet the emperor and empress of Japan before the prime minister sits down with Abe.

For his part, Abe is expected to raise a pressing subject for the Japanese: regional security.

Japan is deeply concerned about North Korea’s recent nuclear tests and missile launches as well as an ongoing territorial dispute with China in the East China Sea and South China Sea.

Without naming China, they also said they opposed the use of intimidation, force or unilateral actions that seek to change the status quo in the Asia-Pacific.

When it comes to China, Keio University law professor Masayuki Tadokoro said Japan will listen carefully to Trudeau’s words on the matter. The concern is Canada may not want to take very strong position due its economic interests in China.

“Canada has always been watching toward the east and south because Canada is an Atlantic state,” Kenjiro Monji, Japan’s ambassador to Canada, said in an interview last week.

“Canada is also a Pacific nation and it is only recently that Canadians started to look to the west – but only through economic lenses.”

Abe is also expected to urge Trudeau to move quickly to open up Canadian liquefied natural gas exports to Japan.

Japan, the world’s biggest importer of LNG, is hoping Canada will issue necessary environmental permits to allow companies to export it from British Columbia.

Monji said LNG is still very important energy source for his country, which makes Canada one of the most-promising potential exporters to Japan. He noted that Japanese companies are involved in several LNG projects in Canada.

Trudeau’s Tokyo visit comes ahead of the G7 summit on Thursday and Friday in Ise-Shima.