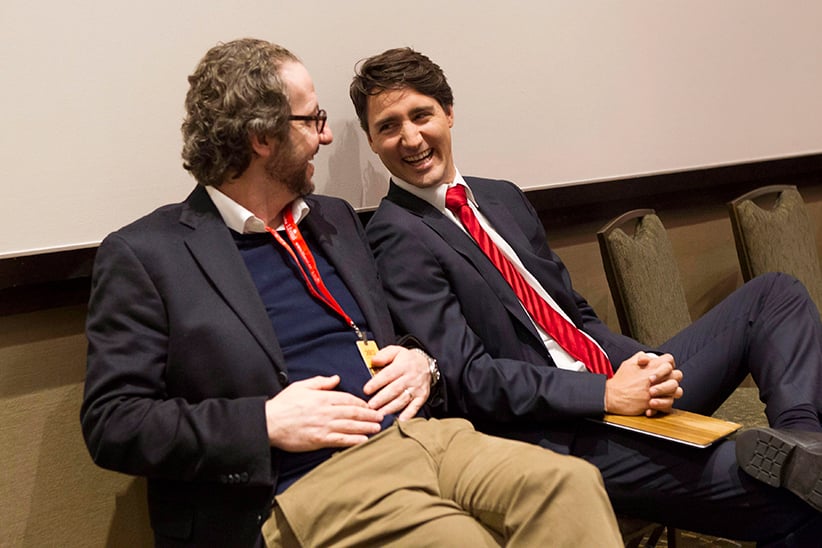 BRIDGEPORT, N.S. – Prime Minister Justin Trudeau made an unannounced trip to Cape Breton Monday to attend the funeral of the mother of a longtime friend and senior aide.

Trudeau attended the service for Rita Butts at the Church of the Immaculate Conception in Bridgeport, N.S., Monday morning.

Her son Gerald Butts has been friends with the Prime Minister for two decades, and currently serves as his principal secretary.

The Cape Breton Post posted photos of Trudeau entering the church, and of a jet with Government of Canada markings at the airport in nearby Sydney. The newspaper noted the prime minister was accompanied by a heavy security presence.

Rita Butts, a nurse and one of 11 children, died in Glace Bay last week.

The day after her death, Gerald Butts tweeted a picture of his mother kissing a child. He said that was how he wanted to remember her.

Hours after the funeral Monday, Butts wrote that he was back at work, because that’s “how we deal” in Cape Breton.

In her obituary, Rita Butts was praised as someone who spent her life in service of helping others.

“Her eagerness to help others, to a fault, was second to none. She fought hard in everything she did; playing cards like a pro and making breaded pork chops that were unparalleled,” it said.

“She encouraged her children to go above and beyond what was expected of them and NEVER do less than their best. She made us believe that the world held for us boundless possibilities and we were to take on every challenge with conviction.”