But studies aren't so down on the youth job market 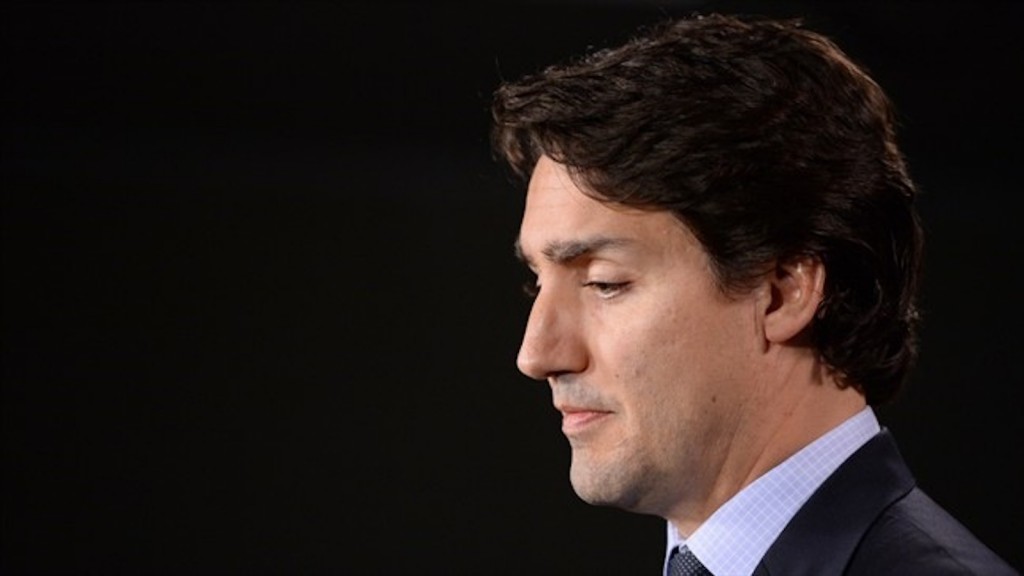 At an event staged in an otherwise cheerful diner in Aylmer, Que., Liberal Leader Justin Trudeau sounded awfully gloomy earlier this week, when he described the mood among young Canadians.

“Something about Canada just isn’t the same as when we were growing up,” Trudeau said, just before announcing his Liberal party’s new child-benefit and middle-class tax-cut policies. “Because, when we were growing up, it seemed like the sky was the limit. If you worked hard, got a good education and applied yourself, you could get a good job.”

It made me think back on growing up in the stagflation era of the 1970s, then graduating into what passed for a recovery after the 1982 recession. I’m not sure my cohort actually felt all that confident. But nostalgia is an imprecise instrument of policy.

And Trudeau is a little—okay, a fair bit—younger than me. So I wondered what sort of job market he graduated into, back in 1998, from the University of British Columbia. Maybe he remembers distinctly better days.

So these numbers don’t give us an obvious grounding for Trudeau recalling young people striding into the job market feeling a lot better then than they do now. And yet, when he talked about how kids today don’t see as bright a future, heads were nodding among the invited families gathered around the tables and booths at Dinty’s restaurant.

Probably they didn’t catch the news about last month’s Abacus Data poll that found that less than one-quarter of 18- to 35-year-old Canadians surveyed thought they would fail to achieve or exceed their parents’ standard of living and level of happiness. Nearly half, 46 per cent, expected their generation to do better than their mothers and fathers, while about a third guessed they’ll roughly match their parents.

Trudeau intoned that, while getting a good education and applying yourself used to be seen as the surefire ticket, “it doesn’t feel like that anymore.” But those who doubt the old formula still works might be reassured by a TD Economics special report on youth employment, released late last year, which noted that, in 2010, more than 90 per cent of that year’s graduates from post-secondary institutions found jobs—remarkable, given that the economy had just been rocked by a recession.

Indeed, the experience of the 2009 recession seems to run counter to the widely held notion that the economy is tougher than ever on youth. A 2012 report by the Certified General Accountants Association of Canada noted that the youth unemployment rate increased by half in the recessions of the 1980s and 1990s, but by a markedly less punishing one-third, from 11.6 per cent to 15.2 per cent, in the 2009 downturn.

None of this is to suggest that young Canadians have no worries about work. The most unsettling finding of that TD Economics report, to me, at least, is evidence that full-time jobs for young people are increasingly being offered with a predetermined end date, what we’d usually called a contract position. “Temporary jobs tend to pay lower wages, offer fewer benefits (medical and pension), are less likely to offer on-the-job training, and are more precarious in nature,” the TD report said.

That’s cause for anxiety, no question about it. Overall, though, the bank’s economists found that “the problems that are said to exist in the Canadian youth labour market may not be as severe as some commentators suggest.”

Trudeau’s considerable political appeal is largely built on the way he sounds so upbeat. Natural optimism, however, is not an easy trait to emphasize when you’re an opposition leader. His job is often to accentuate the negative. As the long campaign of 2015 picks up momentum, I’ll be watching to see how Trudeau manages the trick of maximizing the advantage of a youthful, buoyant persona, if he also intends to keep talking about how young Canadians generally don’t feel so hot.