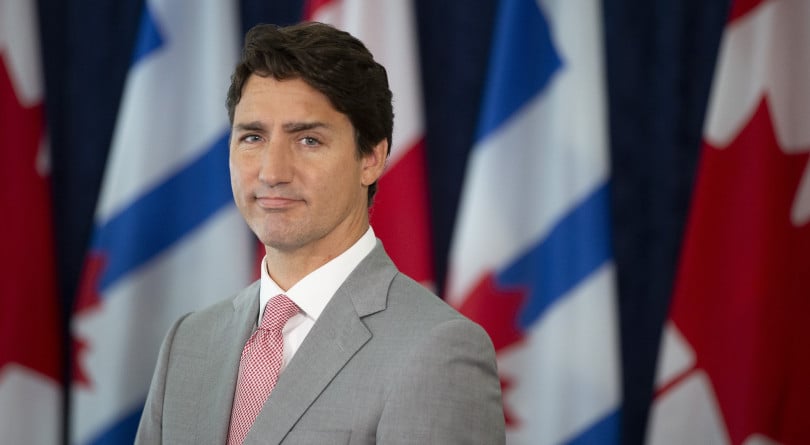 Mario Dion concluded that Trudeau’s attempts to influence Wilson-Raybould on the matter contravened section 9 of the act, which prohibits public office holders from using their position to try to influence a decision that would improperly further the private interests of a third party.

He said there’s little doubt that SNC-Lavalin’s financial interests would have been furthered had Trudeau succeeded in convincing Wilson-Raybould to overturn a decision by the director of public prosecutions, who had refused to invite the Montreal engineering giant to negotiate a remediation agreement in order to avoid a criminal prosecution on fraud charges related to contracts in Libya.

“The prime minister, directly and through his senior officials, used various means to exert influence over Ms. Wilson-Raybould,” Dion wrote.

“The authority of the prime minister and his office was used to circumvent, undermine and ultimately attempt to discredit the decision of the director of public prosecutions as well as the authority of Ms. Wilson-Raybould as the Crown’s chief law officer.”

Trudeau subsequently kicked both women out of the Liberal caucus; they are running for re-election as independent candidates. Both said Wednesday they were still reading the report and would not comment until they’ve read it in its entirety.

Trudeau’s political rivals, all of whom are jockeying for position with the start of an election campaign now just weeks away, wasted little time in seizing on what appeared to be a golden opportunity.

“Justin Trudeau said he would be accountable and ethical. Instead he used the power of his office to reward his supporters and punish his critics,” Conservative Leader Andrew Scheer wrote in a tweet that hit his Twitter feed within an hour of the report’s release.

“He is now the only PM in history to be found guilty of breaking federal ethics law not once, but twice.”

“The prime minister’s fundamental job to Canadians is to assure them that the rule of law will be respected,” Angus said. “I can’t think of a precedent of this happening before. The prime minister has been found guilty of a very, very serious interference in the legal processes of Canada.”

Dion also made a point of noting that due to the confidentiality obligations that govern cabinet documents and discussions—obligations that were partially waived by the Prime Minister’s Office at the height of the scandal, to allow Wilson-Raybould to testify—he wasn’t able to access all the necessary materials.

“The decision made by the Privy Council Office to deny our office access to a full range of cabinet confidences meant nine witnesses were constrained in providing our office with the full body of evidence potentially relevant to the examination,” he wrote.

“I believe that decisions relating to my access to such information should be made transparently and democratically by Parliament, not by the very same public office holders who are subject to the regime I administer.”

This is the executive summary of ethics commissioner Mario Dion’s report after a months-long examination of Prime Minister Justin Trudeau’s conduct in the SNC-Lavalin affair. For the full report, click here.

This report presents the findings of my examination under the Conflict of Interest Act (Act) of the conduct of the Right Honourable Justin Trudeau, Prime Minister of Canada. I sought to determine whether he used his position to seek to influence a decision of the Attorney General of Canada, the Honourable Jody Wilson-Raybould, relating to a criminal prosecution involving SNC-Lavalin, contrary to section 9 of the Act.

On September 4, 2018, the Director of Public Prosecutions informed the office of the Minister of Justice and Attorney General that she would not invite SNC-Lavalin to negotiate a possible remediation agreement. The Prime Minister’s Office and the Minister of Finance’s office were then informed of this decision by Ms. Wilson‑Raybould’s office. Mr. Trudeau then directed his staff to find a solution that would safeguard SNC-Lavalin’s business interests in Canada.

The first step in my analysis was to determine whether Mr. Trudeau sought to influence the decision of the Attorney General as to whether she should intervene in a criminal prosecution involving SNC‑Lavalin following the decision of the Director of Public Prosecutions. The evidence showed there were many ways in which Mr. Trudeau, either directly or through the actions of those under his direction, sought to influence the Attorney General.

Having reviewed several possible means of intervening in the matter, Ms. Wilson‑Raybould made it known in September that she would not intervene in the Director of Public Prosecutions’ decision.

Mr. Trudeau met with Ms. Wilson-Raybould on September 17, 2018, at which time she reiterated her decision to not intervene in the Director of Public Prosecutions’ decision to not invite SNC-Lavalin to enter into a remediation agreement. She also expressed to Mr. Trudeau her concern of inappropriate attempts to interfere politically with the Attorney General in a criminal matter. Following this meeting, senior officials under the direction of Mr. Trudeau continued to engage both with SNC‑Lavalin’s legal counsel and, separately, with Ms. Wilson-Raybould and her ministerial staff to influence her decision, even after SNC-Lavalin had filed an application for a judicial review of the Director of Public Prosecutions’ decision. These attempts also included encouraging her to re‑examine the possibility of obtaining external advice from “someone like” a former Chief Justice of the Supreme Court. Unbeknownst to the Attorney General at that time, legal opinions from two former Supreme Court justices, retained by SNC-Lavalin, had been reviewed by the Prime Minister’s Office and other ministerial offices. Meanwhile, both SNC-Lavalin and the Prime Minister’s Office had approached the former Chief Justice of the Supreme Court to participate in the matter. The final attempt to influence Ms. Wilson-Raybould occurred during a conversation with the former Clerk of the Privy Council on December 19, 2018, as an appeal, on behalf of Mr. Trudeau, to impress upon her that a solution was needed to prevent the economic consequences of SNC-Lavalin not entering into negotiations for a remediation agreement.

Simply seeking to influence the decision of another person is insufficient for there to be a contravention of section 9. The second step of the analysis was to determine whether Mr. Trudeau, through his actions and those of his staff, sought to improperly further the interests of SNC-Lavalin.

The evidence showed that SNC-Lavalin had significant financial interests in deferring prosecution. These interests would likely have been furthered had Mr. Trudeau successfully influenced the Attorney General to intervene in the Director of Public Prosecutions’ decision. The actions that sought to further these interests were improper since they were contrary to the Shawcross doctrine and the principles of prosecutorial independence and the rule of law.

For these reasons, I found that Mr. Trudeau used his position of authority over Ms. Wilson‑Raybould to seek to influence, both directly and indirectly, her decision on whether she should overrule the Director of Public Prosecutions’ decision not to invite SNC-Lavalin to enter into negotiations towards a remediation agreement.

Therefore, I find that Mr. Trudeau contravened section 9 of the Act.