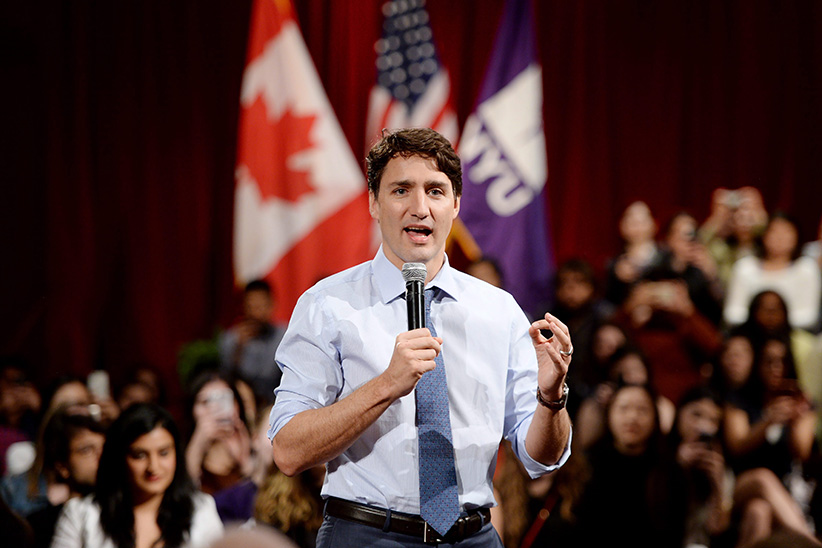 OTTAWA — Prime Minister Justin Trudeau will be dragging plenty of baggage to the United Nations on Friday when he joins some 150 other countries in signing the Paris climate accord.

A new report from the Conference Board of Canada released Thursday ranks Canada 14th among 16 peer countries when it comes to environmental performance, with only the United States and Australia doing worse.

And the parliamentary budget office has crunched the national numbers to find that Canada’s emissions of greenhouses gases currently are on track to increase through 2030, with a cost of between one and three per cent of gross domestic product to ratchet emissions down to our existing international commitment.

“We have lots of work to do,” Trudeau acknowledged under questioning Thursday from students at New York University.

But that work does not include pulling the plug on expanding Canadian oil production or future pipelines, Trudeau told the students after fielding a question about “still putting money into dirty oil sands.”

Trudeau said he supported the since-rejected Keystone XL oil pipeline from Alberta to the U.S. Gulf Coast and he continues to favour oil-and-gas-driven economic growth on the path to a low-carbon future.

“Do I agree that in the future we’re going to have to get off fossil fuels? Absolutely,” said the prime minister. “Is that future tomorrow? No it’s not.”

In Canada’s here and now, the Conference Board awarded the country a “D” grade based on nine indicators covering climate change, air pollution, and freshwater management.

With 20.7 tonnes of carbon dioxide equivalent emitted per capita every year, Canada’s greenhouse gas emissions are among the highest of its peers, said the report.

Most of Canada’s provinces ranked poorly in the agency assessment, with only Ontario earning a “B” grade. Quebec, British Columbia, and P.E.I. were given a “C” grade, Manitoba scored a “D” and Saskatchewan, Alberta, Newfoundland and Labrador, Nova Scotia, and New Brunswick were rated “D-minus.”

The Conference Board said some of Canada’s poor grades can be explained by a large land mass, cold climate and a resource-intensive economy, but the results suggest there is a long way to go towards improving environmental performance.

However, Canada did receive an “A” rating for low-emitting electricity generation. Nearly 80 per cent of Canada’s electricity is generated from sources such as hydro and nuclear power, ranking Canada behind only Norway, Switzerland, France and Sweden.

“Protecting the environment from damage is not a problem for tomorrow but a challenge for today,” said Conference Board vice-president Louis Theriault.

It finds Canada’s emissions trend, while rising, isn’t on as fast an upward track as Environment Canada’s own assessment, mainly because the PBO uses slightly lower economic growth projections to 2030.

Canada has committed internationally to cut emissions 30 per cent below 2005 levels by 2030, which the PBO estimates will require cutting 208 million tonnes of carbon dioxide or its equivalents. The cost will be around $100 per tonne, says the report, but those costs can be carried in a growing economy without major economic impacts on Canadian households.

“One lesson is that faster growth is beneficial, even if it leads to a higher baseline level of emissions. This is because incomes will also be higher to deal with any increased need for abatement,” said the PBO report.

In that respect, the budget office bolstered Trudeau’s contention that oil and gas wealth will help Canada’s transition to a low-carbon economy.

As Trudeau told the New York University students: “We’re very much better off doing that from a position of having a capacity to invest and research than doing it by firelight in a cave 100 years from now, when we’ve reached a collapse.”

But Conservative environment critic Ed Fast said the Liberal government isn’t being transparent about the true price of meeting the 2030 emissions target.

“The Liberals are misleading Canadians by saying everything is a win-win, while not accounting for the true economic costs,” said Fast. 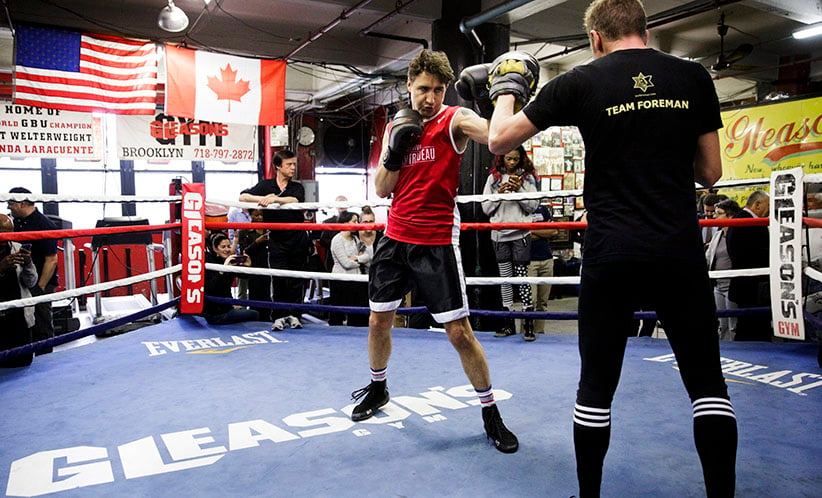