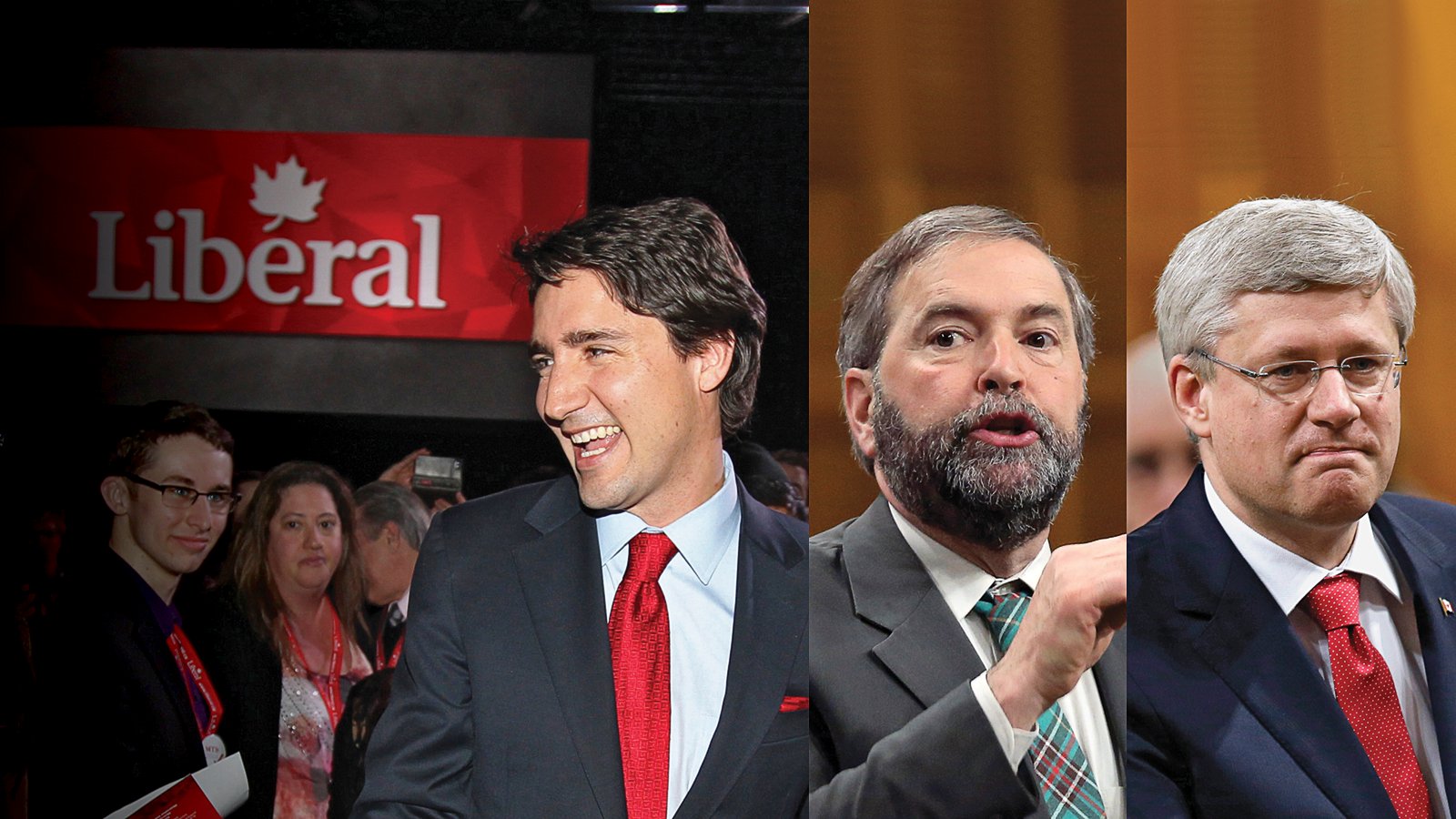 TORONTO — Justin Trudeau attempted to reframe the federal election’s economic debate late Tuesday, seizing on an NDP pledge not to run a deficit and raising the spectre of further federal cuts.

“Let me tell you this my friends, the choice in this election is between jobs and growth or austerity and cuts. Tom Mulcair chose the wrong side,” he told an evening rally near Brampton, Ont.

Trudeau has consistently refused to close the door to deficits, telling supporters at rallies this week that the Liberals are committed to balancing the books. How long it will take depends on the size of the “mess” the Conservatives leave behind, he said.

Related: Chretien, Martin, Harper: Who has the best fiscal record?

The NDP responded quickly by accusing Liberals of contradicting themselves on deficits. A statement from Toronto candidate and former Saskatchewan finance minister Andrew Thomson seemed almost ripped from an old Conservative attack ad that uses a partial quote from Trudeau, saying the budget will balance itself.

“Being Prime Minister isn’t an entry level job and on issue after issue, Justin Trudeau isn’t up to the job,” said Thomson, echoing the most recent Conservative ads.

Trudeau’s remarks came as federal Liberals put on a display of economic star power meant to reassure voters who might be watching jittery world markets and wondering if Trudeau is up to the job.

Former prime minister Paul Martin was pressed into service, a not-so-subtle attempt to remind voters that as finance minister under Jean Chretien he oversaw the elimination of the federal deficit.

“The Liberal party again has the right team, made up of the right people to take on the vacuum that has been left by the Conservative government,” Martin said.

“It is a team that is proven, experienced and ready. They are certainly of a quality that none of our opponents can match.”

In a clear effort to burnish the party’s economic credentials, other candidates from across the country — many with impressive resumes — joined an event in the greater Toronto area, which is turning into a key battleground for the three major parties.

The emphasis on “the team” is something the Liberals hope to play up. Conservative ads that portray Trudeau as “not ready” have resonated with the public, according to the party’s own surveys and focus groups.

Some of Trudeau’s own missteps haven’t helped the perception. He opened himself up to attack recently by saying in Saskatchewan that the country’s economy doesn’t grow from the top down but from the middle-class “heart outwards” — remarks that were ridiculed by Conservatives.

The global economic uncertainty and the market meltdown over the last few days have only sharpened the public’s focus on the economy.

Martin took a direct shot at the Conservatives on Tuesday, saying their hands-off approach to the economy has been disastrous.

“There is a reason, you know, why we have a federal government in this country,” he said. “The central government’s role is not to be an idle observer of the passing scene, but to do something about it when there are problems.”

Trudeau piled on in his speech to party faithful at an east Toronto metal-working shop, saying that growing the economy is a team sport, much like governing a country.

“For 10 years, we’ve had a lone-wolf prime minister,” he said. “Stephen Harper’s economic team can fit in a very small room. All he needs is one chair and a mirror. I see things differently.”

The Liberals base their economic plan on a middle-class tax cut and a proposal to impose higher taxes on the country’s wealthiest one per cent, but they have had a hard time countering the “weakness” perception created by Conservative attack ads.

Nova Scotia MP and former Martin cabinet minister Scott Brison said the Liberal “team” has kept close touch with the business community and knows how to build confidence there.

The remarks come one day after a CIBC commentary said the possibility of neither the Conservatives nor the Liberals winning the Oct. 19 federal election could have a negative impact for equity markets.

Trudeau attempted to reinforce the message later Tuesday in a Citytv interview, telling former Liberal party president and broadcaster Stephen Ledrew that he has no plans to touch corporate taxes.

Not to be outdone, Thomson attacked Martin’s economic legacy, describing it in slash-and-burn terms.

“Paul Martin didn’t balance budgets, he offloaded the burden onto the provinces,” said Thomson, who served under former premier Lorne Calvert. “He cut $25 billion over three years — and much of the pain fell on lower-income Canadians.”