Trudeau diplomacy in the crosshairs as Parliament returns

Politics Insider for January 28: As Parliament resumes it'll be all McCallum all the time, Raj Grewal's two-month growth spurt, and Svend and Jagmeet have some things they need to work out 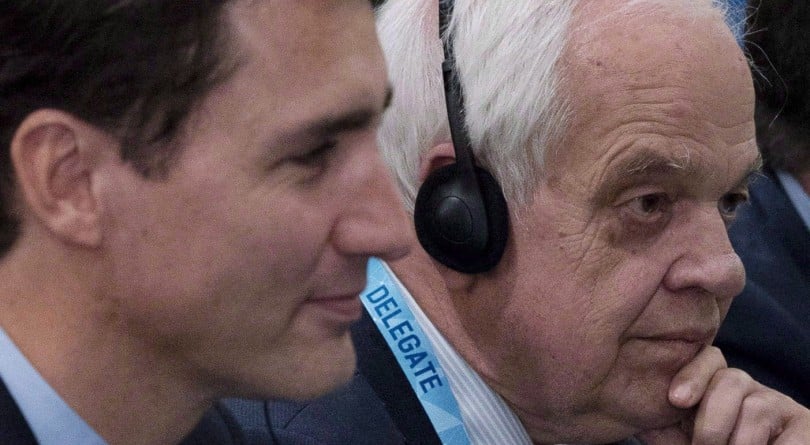 Zaijian Ambassador McCallum: Apparently Prime Minister Justin Trudeau could handle one flub from John McCallum, but two was too many. After initially suggesting the U.S. arrest warrant for Huawei executive Meng Wanzhou was politically motivated, Canada’s man in China tried to back out of the quagmire by refuting his own words, only to lunge back into the muck on Friday in an interview with StarMetro Vancouver, telling a reporter, “From Canada’s point of view, if (the U.S.) drops the extradition request, that would be great for Canada.” The next day McCallum was gone. (StarMetro)

Which sets up what is sure to be a fiery return for Parliament today. Conservative leader Andrew Scheer is primed to go after Trudeau in QP: “This is, I think, part of a bigger problem. And that is Justin Trudeau’s approach to diplomacy, where he thought he could conduct image-over-substance foreign affairs. And now Canadians are paying for his mistakes. Canadians’ treatment in China is being affected by this.” (Globe and Mail)

The question remains, did McCallum misrepresent the Trudeau government’s position, or was he simply guilty of blabbing what the government is thinking but not saying? As Paul Wells writes, the problem is no one really knows what Trudeau’s position on China is anymore, and if it has changed since McCallum became ambassador in 2017, when that change took place:

If I’m right that Trudeau and his refreshingly old-fashioned foreign minister Chrystia Freeland have decided that buying peace isn’t always worth the cost, then McCallum really has been misspeaking. If so, it’s not so much that he’s been using the wrong verb tense or adjectival clause, but the wrong year. McCallum went to Beijing at the beginning of 2017. By the end of 2017, many of Trudeau’s fondest hopes about China were no longer tenable, if they ever were.
…
At some point, Trudeau abandoned his dream of making China the motor of Canadian economic renewal, although characteristically, he has never said when that happened. McCallum remained a castaway on the island of early 2017’s assumptions, unaware that times had changed. He has plenty of company. (Maclean’s)

Zip it, Mulcair: For weeks now former federal NDP leader Tom Mulcair has sniped at current federal NDP leader Jagmeet Singh, publicly picking apart his successor’s leadership style and knowledge of current affairs. Enough, says Svend Robinson, who is seeking to return to politics as an NDP MP, in an interview with The Hill Times: “I have great respect for Tom Mulcair. … I would respectfully suggest to Tom Mulcair that he button it up when it comes to comments about his successor as leader. It’s not helpful, and I think it’s inappropriate frankly that, as leader, he should be making comments, issuing commentary on the current leader.” (Hill Times)

Growth spurt: Raj Grewal will be there today when Parliament resumes after all. The former Liberal MP for Brampton East, who accumulated more than $1 million in gambling debts, announced his resignation last November only to un-resign soon after. Grewal planned to take some time to consider his political future. Consider it considered. In a Facebook post last Friday evening Grewal said he’d experienced “immense personal growth” since November and repaid all his debts. Grewal will be sitting as an independent now, though someone from the Liberals might want to suggest he update  his Twitter handle: @RajLiberal. (Canadian Press)

Other faces to watch for today: Chronically-absent Liberal Nicola Di Iorio, who missed his own self-declared deadline to resign his seat last week, may quit today. Meanwhile Tony Clement, the former Conservative MP for Parry Sound–Muskoka, may make his first appearance in the House after a sexting and blackmail scandal forced him to resign from his committee duties and quit the party. Also, that Twitter handle has to go, too: @TonyclementCPC.

Highlights from the weekend politics shows: