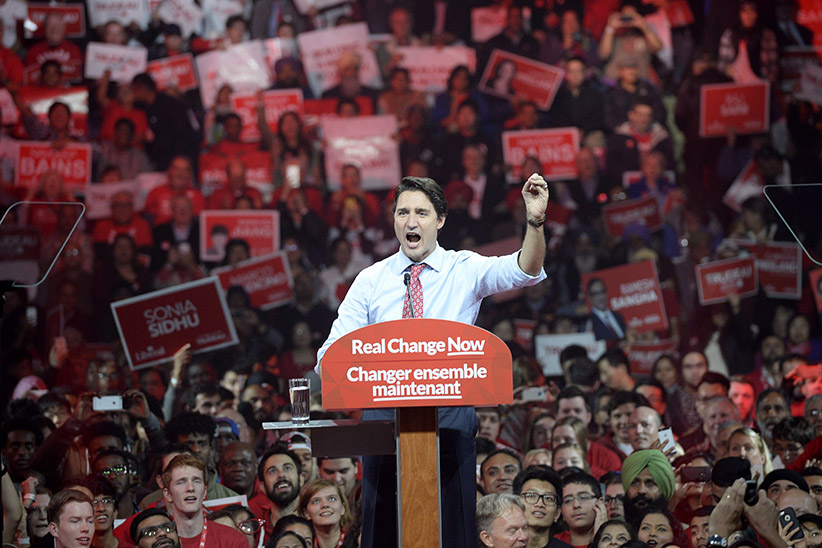 OTTAWA – There weren’t any whistles, but there were more than a few bells as the marathon federal election campaign entered its final week Monday.

Stephen Harper launched a game show style attack — complete with clanging cash register — aimed directly at Justin Trudeau during a campaign event in Waterloo, Ont., in an attempt to portray the Liberal leader as a threat to the pocketbooks of Canadian families.

But Trudeau, speaking in Ottawa, fired back at the Conservative leader, saying he wouldn’t be clawing back any of the boutique tax credits for families that Harper was warning about.

He said it was one more example of Harper engaging in the politics of fear and telling “untruths” to voters about his platform.

Trudeau goaded his political opponents to keep their focus on him, saying he was all about focusing on Canadians.

NDP Leader Tom Mulcair told his supporters in Maple Ridge, B.C. that his party was the only credible choice for beating the Conservatives on Oct. 19, as he was forced to deflect several questions about his party’s slide in recent polls.