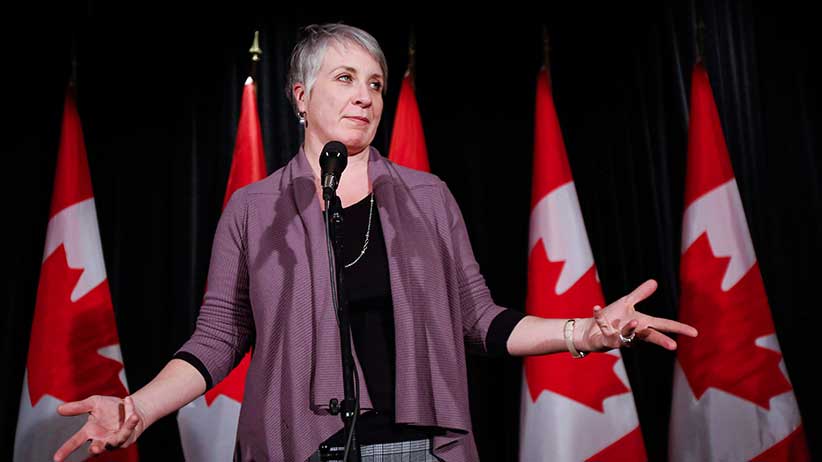 Prime Minister Justin Trudeau’s government has plunged into the deep, murky waters of debate about human rights and religious freedoms by attaching values-laden conditions to, of all things, the application form for federal funding for summer jobs.

The controversy has injected the word “attestation” into the news, since the government is demanding that any group applying for a job grant “attest” that its “core mandate respect individual human rights in Canada, including the values underlying the Canadian Charter of Rights and Freedoms as well as other rights.”

And the application form goes on to spell out, for groups applying for funding, that the rights they respect must “include reproductive rights and the right to be free from discrimination on the basis of sex, religion, race, national or ethnic origin, colour, mental or physical disability or sexual orientation, or gender identity or expression.”

This new requirement poses a huge problem for religious organizations, including many Catholic and evangelical groups that offer summer jobs for students, but also staunchly oppose abortion and same-sex marriage. They argue the government should not try to compel them to make any sort of declaration about their core mandate or which rights they respect.

Hajdu said most of them should have no problem agreeing to the attestation. “For example, the core mandate of the Catholic church—you can look it up—it’s around spreading the word of God and Jesus Christ,” she said. The Canadian Conference of Catholic Bishops disagrees, protesting that the attestation amounts to an “obvious and regrettable infringement of freedom of conscience and religion.”

But Hajdu said “core mandate” should be interpreted to mean what a group mainly sets out to accomplish, rather than whether or not it is against, say, abortion or gay rights.“There are also organizations, faith-based and others, that have core mandates around administering to homeless people, suffering people, needy people, etc.,” she said.

Julia Beazley, director of public policy for the Evangelical Fellowship of Canada, the main umbrella group for evangelical churches, said that by putting together the phrase “core mandate” and the word “respect,” the government is implying something deeper in the attestation than merely a description of a group’s activities.

“The problem is the attestation speaks to beliefs,” Beazley said in in interview. “So that’s why it’s not as simple as just saying, ‘No, of course our core mandate doesn’t include any of these activities they are concerned about,’ which is the case for most of the organizations concerned. The attestation is different. It’s a statement of belief or agreement.”

Hajdu said the attestation is not meant to exclude faith-based groups from the federal funding program, which subsidizes nearly 70,000 summer jobs. Still, she added that young people gaining important, federally supported on-the-job experience should not be working for groups that don’t respect Charter-enshrined rights, or rights upheld in Charter-based court decisions.

“The attestation is about making sure that organizations that receive grants that they apply for are in line with the Charter of Rights and Freedoms and other rights that Canadians expect, including a woman’s right to control her own body,” she said. “So we believe this is an important part of a quality job experience. We want to make sure that young people are placed with organizations that do respect those rights.”

Beazley said the government has not offered faith-based groups any clear explanation about what is meant by “core mandate” and “respect” in the application. Do those words, considered together, mean that the group agrees with or accepts the specified rights? Or can they be read to mean only that the group’s main goal isn’t seeking to overturn those rights? “It’s either really ambiguous, and it needs to be clarified so there isn’t this kind of confusion,” Beazley said. “Or it’s very unambiguous, and then it needs to be changed. It’s one or the other.”