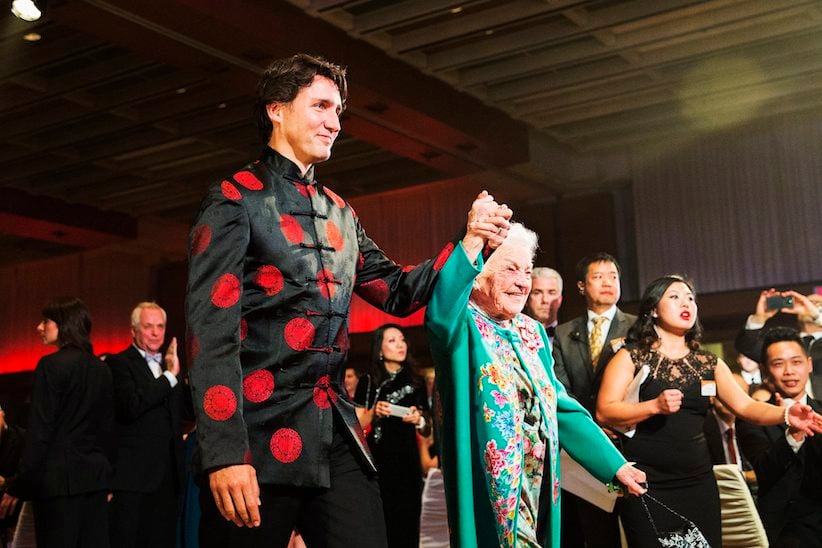 He was the guest of honour at the Dragon Ball, where he celebrated the beginning of the Year of the Monkey.

He arrived with former Mississauga, Ont. mayor Hazel McCallion on his arm, joking she was a date “almost as hot” as his wife Sophie Gregoire-Trudeau.

At the event, held by the Yee Hong Community Wellness Foundation, Trudeau participated in a traditional eye-dotting ceremony during a lion dance.

He pointed out that Canada has had diplomatic relations with China for 45 years, and the relationship is growing stronger each year. He noted that there are 1.3 million Chinese-Canadians.

Seats started at $480, and money raised went to the Yee Hong Centre for Geriatric Care.