Trudeau on the cabinet shuffle, including today's big move up—and down 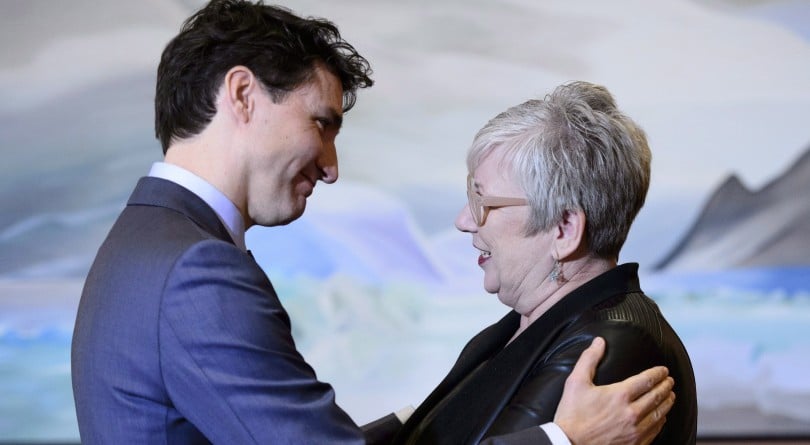 Prime Minister Justin Trudeau faced a delicate task today in explaining the cabinet shuffle prompted by Scott Brison’s surprise resignation last week as president of the Treasury Board, which came as the veteran MP announced he won’t be standing for re-election in his Nova Scotia riding in next fall’s federal election. Trudeau naturally aimed to tout today’s promotions, but also take some of the sting out of an obvious demotion.

Montréal MP David Lametti, a former McGill University law professor who had been serving in the low-profile role of parliamentary secretary to Innovation Minister Navdeep Bains, was the biggest winner of the day, as he becomes Minister of Justice—traditionally ranked with Finance and Foreign Affairs as among the most coveted cabinet portfolios. But Lametti replaces Jody Wilson-Raybould, who drops down in the Ottawa pecking order to Veterans Affairs, an important but undeniably less prestigious title.

Here are excerpts from what Trudeau had to say on the steps of Rideau Hall today after the swearing in ceremony for new ministers about those changing jobs:

On Jody Wilson-Raybould moving to Veterans Affairs from Justice:

“I would caution anyone who thinks serving our veterans and making sure they get the care to which they are so justly entitled from any Canadian government is anything other than a deep and awesome responsibility… Jody-Wilson Raybould has demonstrated through her ability to navigate through difficult files, whether it’s on medically assisted dying or reform of our criminal justice system, that she is extraordinarily capable of delivering on this file, which is one of the core delivery mandates that the federal government has.”

On David Lametti taking over Justice from his parliamentary secretary’s position:

“We recognize the extent to which David Lametti has a well-demonstrated expertise as seen through his academic and legal career… This is an example of the depth of expertise and knowledge that one can find in our team. In 2015, we found some excellent people to form our cabinet, and following the departure of a friend who left cabinet—Scott Brison, who did an excellent job—we needed to make some changes. David through his work and through his expertise will bring a great deal of strength to our cabinet as Minister of Justice and Attorney General.”

On Jane Philpott moving to Treasury Board from Indigenous Services:

“We know that any time we lose a strong performer in cabinet—with Scott Brison’s decision to step away—we have to make sure that we fill that role with great people. And obviously Jane Philpott is a natural choice, with her capacity to have delivered on Indigenous services so well over the past years means that she will deeply understand the delivery that is core to fulfilling the role of President of the Treasury Board.”

On Seamus O’Regan moving to Indigenous Services from Veterans Affairs:

“Seamus definitely has the ability to deliver through his compassion, through his connection to Indigenous communities. And he certainly has some experience, as a young person going to Labrador. And I think that he will be able to demonstrate that this is a critical relationship for this government. It’s important to remember that the two places where the federal government has the responsibility to provide services is in the areas of services to veterans and to Indigenous communities.”

“Bernadette Jordan is an extraordinary leader who has been able to step up time and time again to step up in defence of her community, in defence of the interests of Atlantic Canadians. She’s been a very strong parliamentary secretary and she has consistently delivered on everything we’ve asked of her. She was chosen by her fellow Atlantic MPs to be Atlantic caucus chair. And I know she’s going to be an extraordinary voice for rural Canadians, not just in Atlantic Canada, but right across the country.”