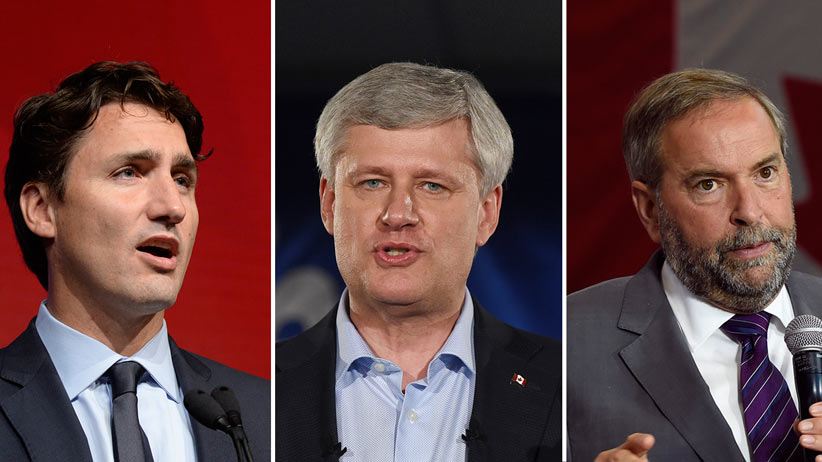 LAVAL, Que. — Justin Trudeau says he wants the major federal party leaders to sit down together before election day to discuss Canada’s role in the Syrian refugee crisis.

The Liberal leader says he has requested a meeting with Stephen Harper and Tom Mulcair to talk about what can be done to support refugees and help them come to Canada.

Trudeau says he has heard Mulcair is open to meeting and he hopes to hear from Harper in the coming days.

The refugee crisis has dominated the campaign trail over the long weekend as the political parties respond to what has been a global outcry over shocking photos of a drowned three-year-old Syrian boy who recently washed up on a Turkish beach.

The Liberals say Canada should take in 25,000 Syrian refugees before next year while the New Democrats say they should bring in more than 46,000 government-sponsored refugees to Canada by 2019.

The Conservatives have committed to 10,000 Syrian refugees over the next three years.

Trudeau says Germany is “putting us all to shame” with its willingness to let in thousands of migrants this weekend alone.

“Unfortunately this government has put out more modest targets that it has then failed to meet,” Trudeau said at a campaign event in Laval, Que.

Related reading: A primer on the Syrian refugee crisis

“We feel that 25,000 is a good start that we could get rolling on that would indicate our willingness, as a country, to step up and be once again a place of solutions in the world for people fleeing crisis.”

The issue became a major issue in the campaign after word surfaced last week that relatives of Alan Kurdi wanted to bring the three-year-old boy and other members of his family to Canada.

The boys’ aunt Tima Kurdi, said last week she applied for her eldest sibling to come to Canada but an incomplete application discouraged the family and prompted her other brother, the father of Alan, to try to smuggle his wife and two young sons to Europe. The boat capsized and the two little boys and their mother died.