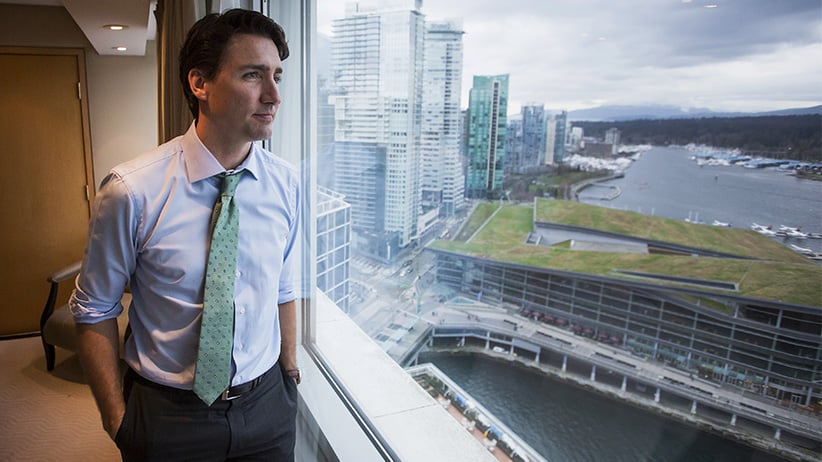 OTTAWA – The federal Liberals are putting on a political press to sell their child-care budget pledge, calling it ambitious in the face of questions about whether the funding is too modest to make a significant difference for families.

The Liberals have promised to spend $7.5 billion over a decade on child care, starting with $500 million in the new fiscal year that starts this weekend and increasing to $870 million annually by 2026 to fund spaces in provinces and territories, as well as indigenous child care on and off-reserve.

For advocates who have waited years for the federal government to kick in cash to help expand and subsidize child-care services, the money is seen as a start, but far from enough to cover the whole country.

The annual funding is below what the Paul Martin Liberals offered provinces in 2005 and below what federal officials told the minister in charge of the file in November 2015 would be needed to make a measurable effect on the number of child-care spaces countrywide.

Prime Minister Justin Trudeau said his government’s pledge would have a “huge” impact on low- and modest-income families, calling it a “historic investment.”

“These are the kinds of things that we need to do to ensure that every family has the opportunity to make the choices that are right for them,” Trudeau said at a Winnipeg daycare.

The actual provincial and territorial allocations will be unveiled once funding agreements are signed, but first, the Liberals have to get provinces and territories to agree on the final text of a multilateral agreement that would lay out the key policy goals of the child-care money.

The money could potentially create 40,000 subsidized spaces for low and modest-income families over the next three years, about 13,000 spaces a year or about 2.4 per cent of the roughly 543,000 regulated child care spaces in Canada for children five and under.

The Liberals calculated the impact based on an annual federal subsidy of $7,000 per space.

NDP families critic Brigitte Sansoucy said the promised future spending on child care is totally inadequate to meet the needs of parents and below what her party had proposed in a plan the Liberals attacked for being too slow.

“The Liberals should be supporting child-care programs, such as the one in Quebec,” she said. “This budget fails to do that.”

Conservative MP Marilyn Gladu said in Quebec, home to the largest subsidized system in the country, and other parts of the country there are long wait lists for spaces, suggesting the need is enormous. The Liberal plan, she said, only amounts to about 40 new child care spaces per riding, per year.

“I’m happy to see them start, but I do think there’s a difference between the fanfare that they’re making and what actually appeared in terms of dollars in the budget,” she said.

Speaking at news conference in Toronto, which has the highest child-care costs in the country, Social Development Minister Jean-Yves Duclos said that if the Liberals are going to take gender equity seriously, then they must do the same when it comes to the soaring cost of child care.

Duclos said the Liberals plan to take $95 million from the money announced in the budget to close data gaps on child care and put $100 million in an innovation fund aimed at finding ways to get the most bang for the government’s buck.