Trudeau: 'This is the budget Canadians have been asking for' 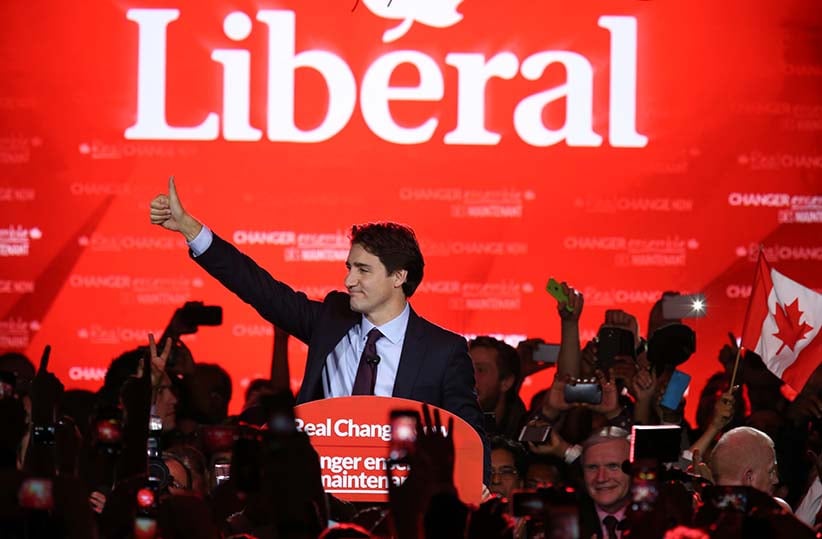 The Liberal government will cast off into a sea of red ink with its first federal budget today, ushering in a bold — critics will say foolhardy — expedition in search of government-fostered economic growth.

Finance Minister Bill Morneau has already cut loose two of the “fiscal anchors” that tethered the Liberal election platform. Today, he’ll blow past the promise of “modest” $10 billion deficits that so scandalized fiscal conservatives during the fall campaign, while sending the Liberals from third-party status to a majority mandate.

Just how deep federal borrowing goes in 2016-17 is one of the few remaining budget mysteries. Prime Minister Justin Trudeau has widely telegraphed he intends to pursue as much of his ambitious election platform as possible despite a national economy hammered by weak commodity prices.

“Confident, optimistic economies are willing to invest in their future, in their children’s future,” Trudeau said Monday in the House of Commons in a preview of the predominant budget messaging.

Expect talk of investments to swamp any mention of anchors.

According to the 2015 Liberal election platform, “We have two fiscal anchors that guide our overall fiscal framework” — reducing the federal debt-to-GDP ratio annually until reaching 27 per cent in 2019-20, when the party promised a return to budgetary balance.

Morneau’s most recent pre-budget projections have debt-to-GDP rising to 31.8 per cent next year (from 31.0 per cent in 2015-16). As for balanced books in 2019-20, Trudeau has called it a “difficult” challenge, when it has been mentioned at all.

Budget Day 2016 “is shaping up to be a very expensive day for Canadians,” Rona Ambrose, the interim leader of the Conservatives, said in the Commons to open the daily question period.

Liberals are banking on their budget measures being nothing less than transformative, at least in the mid to longer term.

When the Conservatives were in power, they ridiculed Trudeau endlessly for once saying budgets can “balance themselves,” but his unchallenged premise was that growing economies are the key to fiscal health.

His government is now betting heavily on funding a growth agenda — a reaction to federal monetary policy that appears all but played out after years of rock-bottom interest rates.

That’s a lot riding on Morneau, a newcomer to electoral politics who becomes the first rookie finance minister to deliver a federal budget since Sir Henry Drayton did so in May 1920.

Much of what Morneau will unveil is already known.

A $22-billion program that retools existing family benefits to target middle and lower-income families, combined with measures to eliminate tax loopholes typically used by wealthier Canadians, will play to the Liberal mantra of income inequality and help for the middle class.

The Liberals are already soft-selling the first tranche of a massive infrastructure spend, promising “unsexy” projects such as deferred municipal maintenance will be funded before more ambitious “productivity enhancing” projects later in their four-year mandate.

There will be changes to old age security — restoring the eligibility age to 65 — and to employment insurance.

There will be measures to promote clean technology research, development and market expansion, while much of the infrastructure funding will have at least some environmental co-benefits.

“This is the budget that Canadians have been asking for through the last election campaign,” the prime minister said. “This is what we are delivering to grow the economy and help the middle class.”

Canadian voters didn’t sign off on all Trudeau’s red ink, no matter how much he claims otherwise, Ambrose said.

“They voted for a modest $10-billion deficit and a balanced budget in four years and he’s broken both those promises.”