Trudeau tries to change the channel on SNC-Lavalin, part VII

Politics Insider for March 6: Trudeau to show 'contrition' over SNC-Lavalin affair, Butts gets his turn at the mic and the Liberals pitch their national pharmacare plan 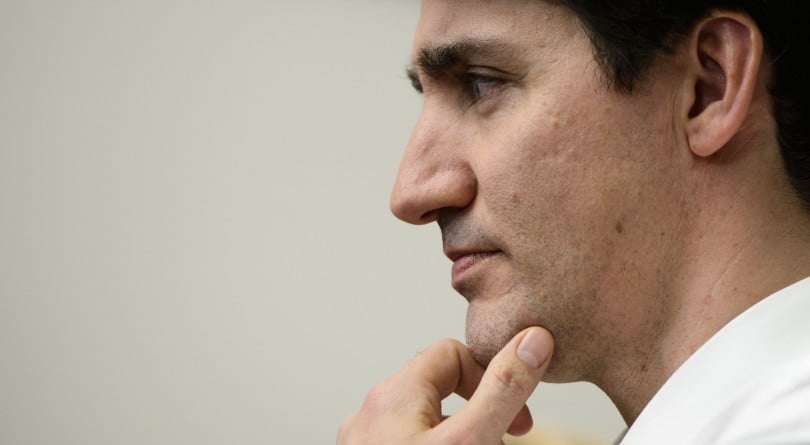 Last month, a day after Gerald Butts resigned as Prime Minister Justin Trudeau‘s principal secretary, Canada’s ambassador to the United States David MacNaughton happened to be sitting for a #MacleansLive Q&A when Paul Wells asked a simple question: Is that a job opening for you? After which MacNaughton spent close to two minutes not saying “no”.

He may not have the title, but MacNaughton might as well have been auditioning for the role Tuesday. He spent the day huddled with Trudeau in the PMO trying to find a way for the Federal Liberals to get out of the mess they’re in with SNC-Lavalin and Jody Wilson-Raybould and Jane Philpott. The Prime Minister had avoided reporters and cancelled events in Saskatchewan earlier in the day. By the afternoon Liberal sources were telling any reporter who’d listen that Trudeau was ready to try a new approach: a statement of “contrition” and showing “some ownership over the actions of his staff and officials” towards former attorney general Wilson-Raybould. (CBC News)

If the show of contrition comes, it would follow Trudeau’s initial claims that the Globe and Mail‘s political interference story was first, “false” and then second, a misunderstanding.

Butts’s big day: When Butts first asked last week that he be able to appear before the justice committee, there was only one high-profile minister who’d quit Trudeau’s cabinet on principle over the SNC-Lavalin affair.  “It’s a mark of the tectonic daily shifts in the ethics scandal engulfing the Trudeau government that the stakes have risen over the past 24 hours to the point [his testimony] could backfire, and badly, on the government,” writes Anne Kingston, who looks at some of the arguments Butts might try to make today when he testifies:

As one of the architects of Justin Trudeau’s political rise and PMO strategy, Butts is widely viewed as the PM’s proxy. But after Jane Philpott’s stated non-confidence in the government and support of Wilson-Raybould, a Trudeau hologram appears, well, hollow. Butts’s presence also serves as a reminder that the Prime Minister himself has not offered a coherent, detailed accounting. (Maclean’s)

Butts, a longtime advisor to Trudeau, is scheduled to testify starting at 10 a.m. ET. Check out Macleans.ca for a livestream of his testimony.

Then in the afternoon starting at 2 p.m. ET Clerk of the Privy Council Michael Wernick will be back before the committee. Wernick has faced repeated calls for his resignation after Wilson-Raybould named him as one of the officials who made “veiled threats” against her in an effort to get her to help SNC-Lavalin avoid criminal prosecution for fraud and corruption.

By the way, if you’ve been asking yourself, “What exactly is a Clerk of the Privy Council?” this will help. (CTV News)

Once Wernick’s testimony is done, we may then get to witness Trudeau’s display of “contrition”. (@MercedesGlobal Twitter thread)

Hey, hey! Look over here! Purely coincidental, we’re sure, but this morning the Trudeau government is scheduled to unveil its national pharmacare plan an hour before Butts’s testimony begins. Which is impressive, since only last week the Toronto Star‘s Tonda MacCharles was speaking with Dr. Eric Hoskins, who is heading up the Liberals’ pharmacare study, and he told her he wasn’t expecting to release his report until April or May. (@CTV_PowerPlay Twitter)

With the revelations that a deep-pocketed company succeeded in lobbying politicians into trying to help it avoid the courts, it’s easy to become cynical about the machinations on Parliament Hill. But if you want evidence that Canada’s democratic systems are working just fine, the past month of resignations, hard-hitting testimony at a Liberal-majority parliamentary committee and intense media scrutiny should provide all the proof you need, writes Philippe Lagassé:

We know our system is working when the safeguards we’ve put in place to address government chicanery kick in and do their job. … If anything, this whole saga has shown that common complaints about the hollowness of our democracy are too simplistic and don’t reflect how our system can rise to the occasion. (Maclean’s)

Poll position: The Conservatives are enjoying their widest lead over the Liberals since Trudeau’s ill-fated India trip, according to CBC’s Poll Tracker, an aggregation of federal political polls. (CBC News)