Paul Wells : The Liberals held public consultations on free trade with China. Will the message they got inform the latest mission to Beijing? 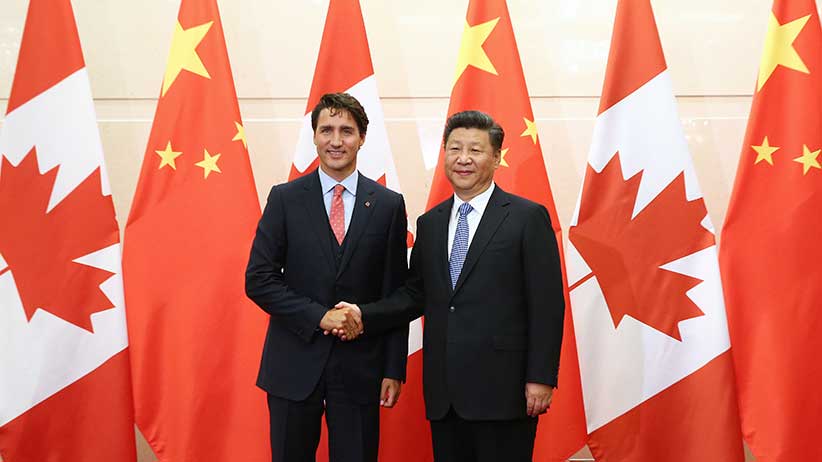 You’d be ambivalent too, if you were heading into free-trade talks with China with the mandate Canadians have given Justin Trudeau.

A month before the prime minister took off to Beijing for the latest in his now-patented what-the-hell-is-going-on series of trade negotiations (cf. the Brussels Walkout, the TPP Two-Step), Global Affairs Canada released the results of public consultations on the notion of Canada-China free trade.

You may not have noticed—I hadn’t, until I looked—that this government, which consults on everything, asked Canadians what they thought of a deeper trade deal with the world’s fastest-growing economy. The results did get reported, by the redoubtable Josh Wingrove at Bloomberg, when they came out, but they’re worth another look.

The consultations, with more than 400 business groups and a decent number of civil-society organizations and individuals, in every province and the Northwest Territories, seems admirably thorough. The reported results, of course, are whatever the government felt like reporting, but they don’t read as a whitewash. To me they suggest Canadians are interested in closer trade ties with China—but not at any price. Canadians want access to the Chinese market if it’s real access, not if they’re stymied at every turn. Those Canadians who have any experience doing business in China have had a lot of experience with the feeling of being stymied at every turn. They’re not interested in more of that feeling.

“Stakeholders throughout the country conveyed that one of the greatest obstacles they face in doing business with China is an unpredictable and opaque regulatory environment,” the report says. “We heard about the experience of Canadian business in facing different customs procedures depending on their port of entry, and about regulatory requirements being changed without any notice.”

READ MORE: Why Canadians need to start worrying about China

What’s to be done? Appeals to good faith haven’t worked, and legal remedies often don’t either. The consultations turned up “widespread concern about the rule of law in China, and uncertainty as to the Chinese government’s willingness or ability to adhere to its obligations under a potential FTA.” (Emphasis mine. Think about the implications: Is China even able to deliver an open market?)

Is intellectual property safe in China? Canada’s traders don’t think so. “China is still not providing the enforcement and remedial awards needed to ensure the protection of IP rights.” Hence the “crucial importance” of “a robust and effective dispute settlement mechanism.”

What’s the cost of cracking that huge tough market? The groups consulted “expressed concerns that increased engagement with China could lead Canada to compromise on its values.” They mentioned China’s “lax labour standards, lower environmental requirements, state-driven subsidization of production, export subsidies, Chinese overcapacity, and the dumping of Chinese products on international markets.” Without “meaningful” measures to address those concerns, stakeholders told the government a trade deal “would only result in a hollowing-out of Canadian manufacturing and increased job displacement.”

What would we export if we got a deal? Trudeau government officials used to wax lyrical about the burgeoning Chinese market for clean tech, but it’s becoming increasingly obvious that China plans to feed that market through domestic supply. In Canada, meanwhile, while “reactions from Canada’s agriculture stakeholders were especially supportive of a prospective FTA with China,” companies that export manufactured goods said it’s a shell game: “issues affecting trade in goods for Canadian businesses in China include inconsistent technical regulations and standards… Stakeholders expressed frustration with the frequency of changes to Chinese regulations, which are often difficult to identify, and are sometimes applied differently across various jurisdictions within China.”

Meanwhile, there were persistent concerns about the kind of regime we’d be trading with. “Stakeholders raised concerns related to China’s domestic human rights record, specifically with regard to Tibet and other ethnic and religious minority groups, the respect for the freedoms of speech and assembly, and the treatment of political dissidents, journalists, and lawyers.” Of course, as we’re frequently reminded, the China regime is not fond of hearing such concerns. “Some stakeholders expressed concern that a decision to negotiate an FTA could have a chilling effect on the Government of Canada’s willingness to raise sensitive issues related to human rights with China.”

Those are the costs of getting into the Chinese market. Meanwhile Chinese companies would be getting further into the Canadian market. “Chinese investments in Canadian real estate markets have contributed to higher real estate prices, which has benefited some owners, but have also had a variety of negative impacts on several communities. In farm communities, properties have been acquired and then left unattended… Similarly, commercial properties owned by absentee landlords are sometimes boarded up, leaving once vibrant communities with hollowed-out commercial centres.”

Justin Trudeau is sometimes portrayed, especially in his foreign-policy adventures, as a creature of pure whimsy, wandering into the halls of power, checking out his debonair reflection in every mirror, scowling as an aide whispers in his ear to remind him which country he’s in, what day it is, and what’s drawn on his socks. That’s not easy to square with a government that held 70 round-table discussions during this consultation round, and 17 days of face-to-face meetings between lower-level Canadian and Chinese trade delegations in only the last year.

It’s easier to suspect that Trudeau has heard from each of those processes that the two will be hard to reconcile. From the exploratory talks, he’ll have been told that China wants a standard deal of the sort it’s worked out many times before: China has, after all, a dozen free-trade deals inked, 10 more under active negotiation and another 10 under consideration, including with Canada. From the consultations, he’ll have heard that a lot of Canadians figure a standard deal won’t help them and, incidentally, it won’t help the Chinese people either.

The pressure on labour standards, human rights and market access don’t come from some Trudeauvian progressive whimsy; they come from the calculations of Canadians who trade for a living about what kind of deal is worth having. The gap between that deal and the one that’s on offer is the sort of thing a prime minister might fly to Beijing to try to close. We are often lectured, when a PM goes to China, about the expectations the Chinese have from such meetings. Turns out Canadians have some too.