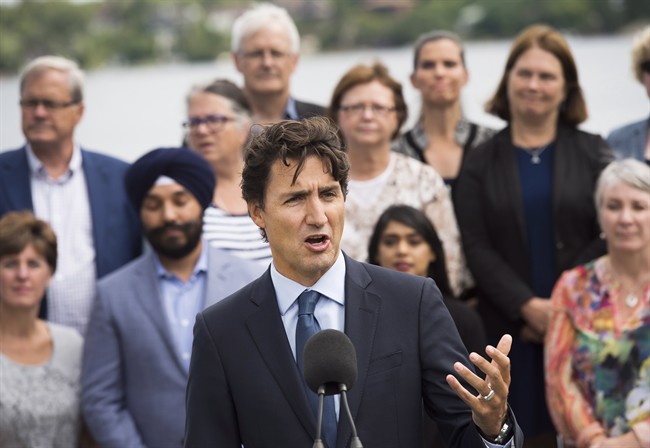 OTTAWA – The political pressure is mounting on Prime Minister Justin Trudeau to outline specific measures to control spending among his cabinet ministers, now that two of them find their own practices under the microscope.

New Democrat caucus chair Charlie Angus and ethics critic Alexandre Boulerice have written to the prime minister about “questionable expenses” that they say may breach Trudeau’s own standards of conduct when it comes to public funds.

“I think the prime minister needs to clarify: were they serious in the commitments they made in being open and transparent and what’s he going to do about it?” Angus said in an interview Wednesday.

“This is a government that’s already 25 per cent of the way into its new mandate and troubling patterns are developing.”

The push for additional scrutiny comes after the ethics commissioner confirmed she would examine Health Minister Jane Philpott’s repeated use of a high-end car service owned by a Liberal supporter.

The minister has committed to fully co-operate with Mary Dawson’s investigation, which will focus on the question of “preferential treatment” because the owner of the vehicle service, Reza Shirani, volunteered on the minister’s last campaign.

The Canadian Press reported Monday that Philpott claimed the $520 cost of accessing Air Canada passenger lounges in various airports in North America and Europe. Philpott’s office later said she would pay back the money.

Environment Minister Catherine McKenna also asked her department this week to review its expenses after it was revealed $6,600 was spent documenting the COP21 climate change conference in Paris.

McKenna said the use of photography was a “long-standing practice under previous governments, including the Conservative government.”

During a news conference Tuesday in Barrie, Ont., Trudeau said his government would look for “new and more robust ways” of disclosing the use of public dollars, although his office has not outlined specific steps.

Aaron Wudrick, the federal director of the Canadian Taxpayers Federation, said Wednesday it is reasonable to think the government may need “some time” to review ministerial spending practices.

“I don’t imagine it should take them a year to come up with something,” Wudrick said.

“If they’re suggesting they need to take a few weeks, or a month or two to figure something out, that’s a reasonable time frame — but he should certainly at least indicate that’s happening and not sort of leave it hanging there.”

Wudrick’s watchdog group has encouraged Trudeau to look at the online disclosure policies used by Alberta’s provincial government and the City of Toronto.

At the federal level, there are individual budgets for MPs separate from ministerial offices and staff.

Wudrick said the degree of financial scrutiny at the MP level has “increased considerably” but there are still broad categories, such as hospitality, that do not offer specific details.

Improvements are required at the ministerial level, he added, noting ministers tend to travel more and attend international events.

“I think that is in many cases where some of the bigger dollars will appear,” he said.

“They should have the resources they need but these are some of the situations where the costs can get out of control. I think the public needs confidence that they are being kept under control.”