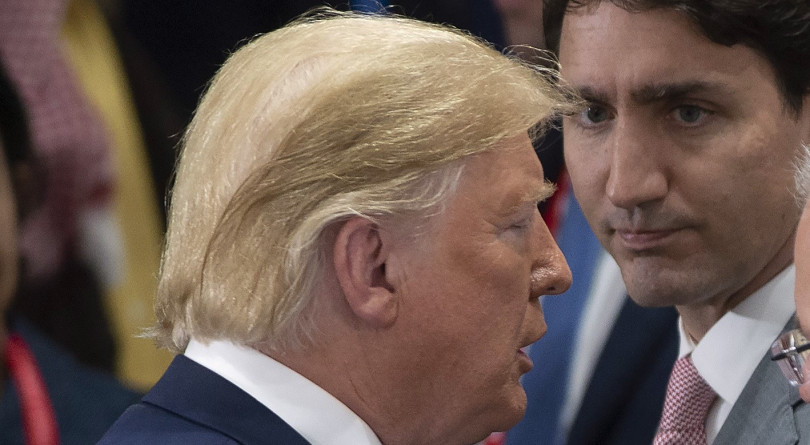 The Politics Insider newsletter is going to take a short summer break after today’s edition. We’ll be back with more #cdnpoli news and insights when we return on Aug. 20.

Northern exposure: Justin Trudeau‘s unofficial campaign roadshow took him from Vancouver to the Arctic on Thursday, where he unveiled a pair of marine protected areas and used the opportunity to put more distance between him and Andrew Scheer on the environment. Speaking in Iqaluit, Trudeau announced the creation of the Tallurutiup Imanga National Marine Conservation Area and  the Tuvaijuittuq Marine Protected Area, followed by a dig at Scheer: “In July, Andrew Scheer travelled to Whitehorse to outline his vision for the Arctic. Not once did he mention the word ‘Inuit.’ It tells you a lot about the future he would build if he were prime minister … We had 10 years of inaction under Stephen Harper.” Trudeau said. “That changes now.” (National Observer)

Tuvaijuittuq, by the way, means “the place where the ice never melts,” writes Nick Taylor-Vaisey, and its fate depends largely on what happens with climate change:

Few Canadians, or anyone else for that matter, ever see Tuvaijuittuq. Most who do are military personnel posted to CFS Alert for six-month stints. Sgt. Mike Drouillard, who arrived in February and handles the station’s incoming supply shipments, says the 24-hour darkness, followed by constant sunlight, took some psychological adjustment. But, he remarks, “the weather is quite consistent up here.”

Indeed, Environment and Climate Change Canada measured temperatures fluctuating only a few degrees each day in much of June and July. But only two days after Drouillard spoke, Alert hit 21 C—warmer on July 14 than balmy Victoria, 4,200 kilometres to the south. Temperatures remained in the teens for days. (Maclean’s)

A healthy raise: Seeking to counter Trudeau’s repeated attempts to link Scheer with Ontario Premier Doug Ford, the Conservative leader promised the provinces and territories he would boost health and social transfer payments by at least three per cent every year he’s prime minister. “I want you to have my word in writing that I will maintain and increase that funding,” he wrote in a letter to premiers. (Canadian Press)

Just say no: Donald Trump‘s surprise plan to import lower-priced pharmaceuticals from the socialist hordes to America’s north has led to a lot of anxiety that it would result in pill shortages and higher prices in Canada. To calm nerves Trudeau pledged the government would pursue a Canada first prescription drug policy: “We recognize the new situation brought on by American announcements and Health Canada will continue to ensure that our priority is always ensuring that Canadians have access to the medication they need at affordable prices.” (Canadian Press)

All talk: While Trudeau is good at telling people what they want to hear on the world stage, his track record for matching his words with actions is terrible, writes Andrew MacDougall:

Without the United States rowing in its direction, Canada doesn’t go far, something Harper understood and Trudeau is now discovering in spades. I can remember how angry Harper was at Obama for drawing what ended up being a meaningless red line on chemical weapons use in Syria; I can only imagine how frustrated Trudeau must be at Donald Trump’s crayon drawings all over the international order.

Of course, those crayon drawings are also why Trudeau has managed to achieve such a high profile on the international stage without having much in the way of results to justify it. Justin Trudeau the progressive is everything the intelligentsia love in a leader; Trump the populist is everything they hate. Trudeau receives plaudits from the commentariat for saying the right things even if he can’t then translate them into action. Canada’s impotence on the world stage at the moment is fairly complete. (Maclean’s)

Dickie explained the dalliance as pure defence, an attempt by the party to grow up and handle itself in the big bad world of political relevance.

Kinsella was brought in, he said, “to look at our organization, look at our leader, our candidates, and do the research as if he was going to attack us,” Dickie said.

“We’ve never really had to deal with that before … We don’t want to sling the mud back but we do want to be able to defend ourselves much more quickly.”

If Kinsella’s stint can be seen in that light, it is among the moves the party is making to improve its political machine so it can translate good polls into votes. (Toronto Star)

What the polls are saying ahead of Election 2019

It’s been 14 years since full marriage rights were granted to same-sex couples but a lot of Canadians are still opposed. A Research Co. poll found 10 per cent of respondents are against any legal recognition of same-sex marriage, while 15 per cent think only civil unions should be allowed. (Global News)

Quebec delivered big at the polls for Trudeau in 2015. It’s not clear the province will do the same this time around despite the Liberal obsession with SNC and electoral outcomes in the province. A survey by Forum Research found the Liberals’ lead over the Conservatives shrinking — 30 per cent would vote for the Liberals compared to 28 per cent for the Conservatives, a tighter gap than a month earlier. (Montreal Gazette)