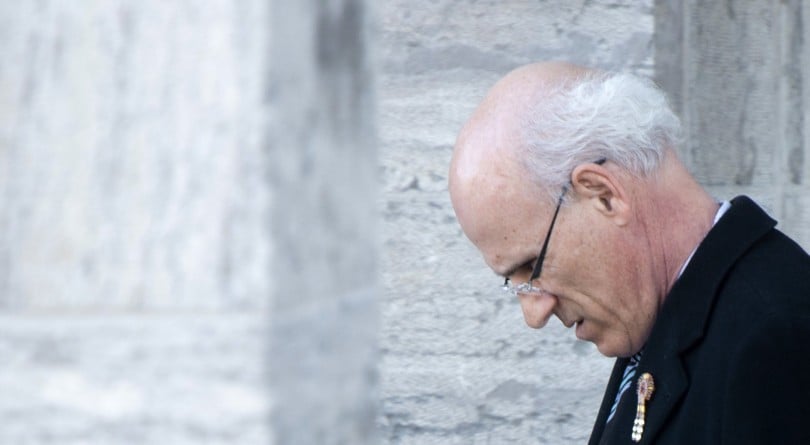 And another domino tumbles: Canada’s top bureaucrat Michael Wernick will step down before the next federal election because, he says, “there is no path” to a relationship of “mutual trust and respect” with the leaders of the Opposition parties. (Canadian Press)

Former Attorney General Jody Wilson-Raybould had named Wernick as one of the officials who tried to pressure her into helping SNC-Lavalin avoid criminal prosecution (an allegation he denied) and critics blasted his testimony before the justice committee looking into the SNC-Lavalin controversy as overtly partisan.

Back pats all around: Good thing for the Liberals then that the whole SNC-Lavalin controversy has been resolved to the satisfaction of the Liberals, meaning there’s no need to continue with the probe. That’s the thrust of a letter signed by the Liberal MPs on the justice committee: “As committee members, we have achieved our objectives with respect to these meetings. Following the testimony of all witnesses, we believe that all the rules and laws were followed.” (CBC News)

Not coincidentally the move to end the SNC-Lavalin investigation came just before the Trudeau government releases its pre-election budget today, a day the committee was also scheduled to debate in private whether to invite Wilson-Raybould back to testify again, leading Conservatives to utter their favourite battle cry of late: “Cover up”

Mini-shuffle: Trudeau shook up his cabinet for the third time in three months Monday, naming MP Joyce Murray, a vocal opponent of the Trans Mountain pipeline, to replace Philpott as Treasury Board president. (Global News)

Come together: Amidst a day of acrimony on the Hill, one heartwarming moment—MPs gave NDP Leader Jagmeet Singh a standing ovation as he strode into Parliament for the first time as a sitting member. (Twitter video)

Days before NDP Premier Rachel Notley is expected to call an election (it could come as soon as today), rival Jason Kenney has suffered a shelling—mainly friendly-ish fire. Leaked e-mails from conservative insiders show Kenney’s United Conservative leadership campaign in 2017 coordinated with a “stalking horse” candidate whose key role was to critique fellow challenger Brian Jean. Kenney downplays this as typical communication among campaigns, but Alberta’s election commissioner is investigating this questionable affair, and he’s forwarding part of the matter to the RCMP. Jen Gerson writes in Maclean’s that the candidate received a $60,000 cheque, far larger than is legal in Alberta campaigns, and the money was channelled in part through fake donors. No evidence linking the financial dealings to Kenney. (Maclean’s)

Running a sham candidate alongside himself was the first major thing Kenney did to launch his newly formed United Conservative Party, even though he was the clear favourite to defeat rival Brian Jean—and Kenney’s vote share nearly doubled Jean’s, Jason Markusoff writes:

“Should Kenney prevail, sham-candidate scandal be damned, it’s now fair to wonder where this impulse to crush will take him as premier. He has promised such pulverizing-the-foes zeal on what’s indisputably Alberta’s most critical file: oil pipelines.” (Maclean’s)

Notley might not mind that such a story overshadowed Monday’s Alberta throne speech. Her government put into Lt.-Gov. Lois Mitchell’s mouth some of the same lines the NDP leader herself offered at a pre-campaign rally this weekend: the NDP government avoided budget slashing, invested in families and curbing child poverty, and will strive to safeguard the public healthcare system while limiting private options. Mitchell, like Notley before her, said this government won’t allow “two Albertas to form — one for the very rich, and one for everyone else.” One senses a campaign theme forming. (The Star Edmonton)

Caylan Ford, one of Kenney’s star candidates in the riding of Calgary-Mountain View, has quit following a report that she complained that white supremacist terrorists are unfairly treated compared to Islamic terrorists. According to PressProgress, Ford allegedly made the comments in private social media messages, though in announcing her resignation she claimed the comments were “distortions and are not reflective of my views.” Among other messages she allegedly sent: that she’s “saddened by the demographic replacement of white peoples in their homelands.” (Global News)